Apple has been sued because a driver, using her I-phone 5 to text, caused a horrific crash. Meador, et al v. s Apple Inc., U.S District Court for the Eastern District of Texas, No. 6:15-cv-715-MHS-KNM. Two were killed and a seven-year-old rendered a paraplegic. What a tragedy, and like the vast majority of distracted driving crashes, it could have been prevented. The driver could have simply waited until stopped to check texts. And, as the lawsuit alleges, Apple could have designed and manufactured the I-phone so that it would "lock-out" the user's ability to "send or receive texts, e-mails, social media posts, messaging and /or notifications while driving." (Meador First Amended Complaint Paragraph 27 ).

Although many people drive distracted, by texting and using apps on smartphones, I don't think anyone would be surprised if a driver who killed someone while texting and driving, was subject to criminal penalties, a severe fine, jail-time, and additionally a civil lawsuit. But what about Apple? As the manufacturer of the device being used by the driver at the time of the crash, is it right to try to hold Apple civilly responsible when a driver uses an I-phone while driving and kills or injures others?

In support of bringing the case the Plaintiff cites a number of statistics and studies that point to the widespread use of electronic devices while driving, just how dangerous distracted driving is, and compares distracted driving to the impairment due to drunk driving. The Plaintiff also relates the numbers of crashes and deaths to distracted driving and how for many, the urge to use smartphones while driving is an almost irresistible compulsion. (Complaint Paragraphs 17-20). Plaintiff also provides statistics about the proliferation of I-phones and how the success of I-phone with hundreds and hundreds of millions of phones being sold is contributing to injuries and deaths.

Apple has filed a Motion to Dismiss the case, arguing that the lawsuit is an attempt to limit "personal responsibility" of drivers and foist that responsibility on third-party product providers. Apple contends that to allow the case to proceed against Apple would tacitly approve of:

Apple also cites a number of cases which have denied causes of action against cell phone manufacturers or network providers under similar circumstances.(Motion to Dismiss, pp. 12-17.) The gist of those decisions can be summarized by language quoted in Apple's Motion to Dismiss at page 14:


"The purchase and use of a cellular phone or cellular service are not inherently dangerous acts, nor is it foreseeable that the sale and subsequent use of such a phone would cause an accident. Even if using a cell phone while driving is foreseeable, it is not necessarily foreseeable that it will cause a collision or unreasonably endanger a particular class of persons . . . [i]t is not reasonable to anticipate injury every time a person uses a cellular phone while driving." Estate of Doyle v. Sprint/Nextel Corporation and Samsung Telecommunications America LLC, 248 P.3d 947, 951 (Okla. Civ. App. 2010). (emphasis added).

Legally, what must be decided is whether it is fair to recognize a duty on the part of a manufacturer, like Apple, to take measures to protect the public from use of its product, such as texting by drivers. Whether a duty exists is based in large part on whether the type of harm suffered is foreseeable to the product manufacturer and whether the way the product was being used at the time was also foreseeable. Under these circumstances, should Apple have foreseen that use of its product by drivers could result in injury or that drivers would "misuse" its product, i.e. use the I-phone while driving for texting despite knowledge of its dangerousness?

We know from the court filings that in 2008 Apple filed a patent, US 8,706,143 , "DRIVER HANDHELD COMPUTING DEVICE LOCK-OUT, " which was described by Apple as a device which would provide a "lock-out mechanism to prevent operation of one or more functions of handheld computing devices by drivers when operating vehicles." Apple also stated that, "texting while driving has become a major concern of parents, law enforcement, and the general public. An April 2006 study found that 80 percent of auto accidents are caused by distractions such as applying makeup, eating, and text messaging..." Apple also addressed the issue of locking out just the phone being used by one in the driver's seat but permitting others in the car to use their phones, i.e. safe v. unsafe operating areas.


So how does the filing of the patent by Apple address the issue of whether Apple should have been able to foresee that drivers would use the I-phone for texting while driving despite its dangers? It seems that it would be difficult for Apple to argue that drivers' use of the I-phone while driving for texting was something it could not foresee. How about Apple's argument that to impose liability against it under these circumstances would allow lawsuits against fast food restaurants and cosmetic manufacturers? Is that a credible argument? Are all of these types of distractions similar with regard to frequency of occurrence and magnitude of risk presented? Is it fair to compare the reach of a local fast food restaurant in one community with the reach of Apple?

In the years since earlier cases were decided in favor of cell phone providers and manufacturers has our society changed in its appreciation of the dangers and mounting deaths? In August the National Highway Safety Administration (NHTSA) released it's fatality statistics for 2015 indicating that traffic deaths had increased over 2014, reversing a general downward trend from 2007, and that the largest percentage increase was attributed to distracted driving. Might a court today be more willing to extend a duty in order to protect the public?

These are some of the legal questions the court will need to focus on in deciding whether the case should be dismissed against Apple.

So much for legal responsibility. What about Apple's moral responsibility to do the right thing? Shouldn't Apple install this existing technology in all its I-phones to prevent drivers from texting or using other apps while driving? I'm sure those in power at Apple must know that by doing so lives will be saved. As a father whose daughter was killed by a distracted driver I wonder how those in charge at Apple who are parents of teens reconcile a legal defense of its product, or profits with the opportunity to save young lives? Do they not think about it, or, like many drivers, do they just think that it won't happen to those that they love?

Joel Feldman is an attorney in Philadelphia with the law firm of Anapol Weiss. After his daughter Casey was killed by a distracted driver he obtained a masters in counseling and co-founded EndDD.org (End Distracted Driving) with his wife Dianne. EndDD.org has a network of speakers across the country and provides presentations without cost to schools. For more information about scheduling presentations or learning what you can do to end distracted driving e-mail Joel at info@enddd.org. 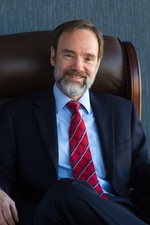