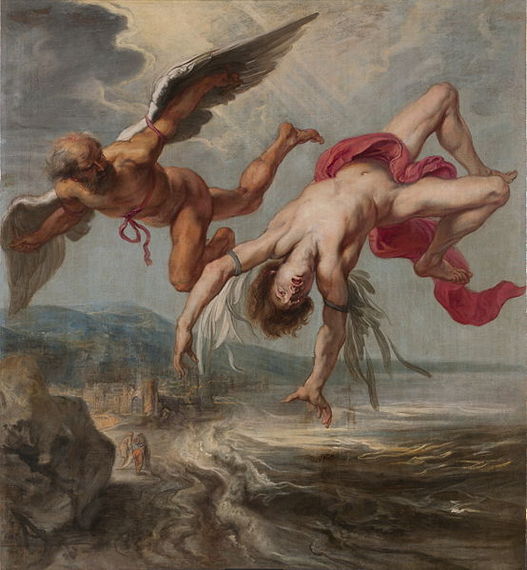 The massive ego of the celebrity is a kind of deformity. You might call it a malignant ego to the extent that it's like a virulent cancer, constantly metastasizing to the point of self-consummation. That's why many celebrities are like supernovae, massive explosions which precede the death of the star. The psychoanalyst Henry Murray coined the term "Icarus Complex" to describe this kind of individual. James Dean was one star who exemplified a phenomenon that's usually the province of astrophysics. Marlon Brando, Orson Welles, Janis Joplin, and more recently Charlie Sheen are all examples of this kind of narcissistic grandiosity which provides the explosive energy accounting for both the rise and fall of these shooting bodies. Politicians, of course, are celebrities and they too can exemplify the same traits as rock and movie stars. However, it tends to be the extremists, the outliers who are catapulted to the top by circumstances that most evidence this trait. Hitler, Idi Amin, Papa Doc Duvalier, Augusto Pinochet and Stalin are historical examples of political celebrities who flared up and then burned out. The famous governor of Louisiana, Huey Long, who was the subject of Robert Penn Warren's novel All the King's Men, is one of the most famous examples of the celebrity ego within the pantheon of American politics. Will Donald Trump, another brazen political cowboy with a seemingly indomitable populist appeal, be the next light to shine brightly before taking a precipitous fall and disappearing from the cosmos (or night life) for ever? Poor Eliot Spitzer (who was recently the subject of an investigation into his possible assault of a 25 year old Russian woman at the Plaza, "Police Investigating Claim Eliot Spitzer Choked Woman in Plaza Hotel," NYT, 2/15/16) has become one shooting star with a seemingly insatiable appetite to fall to ever greater depths of infamy. "The mass of men lead lives of quiet desperation" said Thoreau. But they're like the millions of workaday stars that form constellations--like The Big Dipper-- which beautify the evening sky.

"The Flight of Icarus" by John Peter Gowy