The first thing you notice about Crystal Cheatham is her effusive energy and contagious optimism. She's on a mission. Already, at the age of 27, she is making an impact on the world through her music and her activism. Crystal is a singer/songwriter, a committed Christian, a lesbian and a passionate advocate for LGBTQ inclusion and equality on college campuses -- especially, though not exclusively, Christian campuses. It's a combination of characteristics -- Christian and gay -- that often makes for a difficult life, but she is positively ebullient. When I asked her about her almost naïve optimism about the willingness of the Christian establishment to hear and receive her message she said, "I sometimes feel stupid and silly, but I'm a hopeful person. My hopefulness with this cause comes from having already been to the bottom." 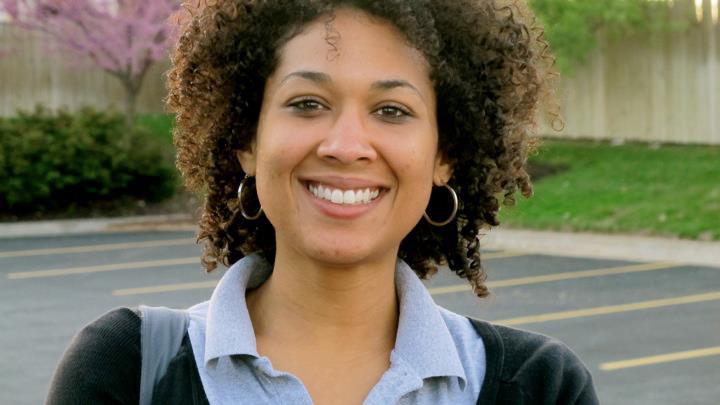 She doesn't want other young people to have to endure what she endured. Like many, she struggled to come to terms with her sexual orientation in a religious and cultural context that did not affirm her basic identity. She calls her experience a second puberty. Her first puberty happened when it does for every other young person: somewhere around 11-14 years of age. But, she says, she had to go through it all over again as an adult, when she gradually came out to select friends and family members shortly after finishing college. Though her mother always accepted her -- "she was always my biggest advocate," she says -- she was rejected by many of her friends, and expelled from the church of her childhood. For a while she stayed away from the church. She wanted to explore what it meant to be a gay person and that conversation was not possible in the church she was familiar with. What she found outside the church, however, was just as disheartening. She recalls with dismay those early days exploring the queer world in Philadelphia. "What I found there was so hyper-sexualized ... it was disgusting. I couldn't find my foundation in the queer world in the way I had in the faith world." So she made her way back to the church with the resolve to make it a more hospitable environment for herself and others on the margins.

But for her it's about more than sexuality and gay rights. It's about identity formation. She and her team have developed what they call "The Identity Kit," comprised of a short book and a card game, all designed to help people grapple with the complexities of their identity. The message of "The Identity Kit," she told me, is to help people internalize the truth that God, by whatever name, loves them. "The second message of the kit and the project," she says, "is that all your identities need to be affirmed."

It is this recognition of the complexity of every young person's journey toward identity that makes "The Identity Kit" stand out. Many people struggle with their relationships well into adulthood because they have never come to terms with their own identity as a human being deeply loved by someone or something larger than themselves. The kit covers race and nationality, religion, language, immigration status, physical abilities and more.

This week she is traveling in California, talking to college students about their identity formation and to help them carve out a safe space on conservative Christian campuses for queer students to learn, grow and be themselves. In addition to meetings at Azusa Pacific University, La Sierra University and Biola University, Crystal will be speaking and playing music at the Hollywood Adventist Church this Saturday morning at 11. Saturday night she will be sharing along side an impressive group of artists from organizations including, Soul Force, Queer People of Color and UC Riverside's LGBT Resource Center at an event called Slam Hate, at the Barn in Riverside.

How well her message will connect in the context of conservative Christian colleges and universities is hard to predict. Just yesterday the Press-Enterprise reported that La Sierra University continues to deny official status to Prism, a LGBT club on campus, because they feel Prism violates Seventh-day Adventist beliefs. But whether Prism is an official club or not, the conversation is happening as evidenced by the school's support for the recent screening of a new documentary called, "Seventh-Gay Adventists," a film about faith on the margins.

"The ice is breaking. I'm a firm believer," she tells me. I can hear her smile across our Skype connection. "And when it does, no one is going to want to be in the dark."