"The Identity Project," from photographer Sarah Deragon, challenges the way that we compartmentalize and think about queerness and identity.

The photo series captures the way subjects want to present themselves to the world around them and communicate their personal ways of self-identifying. Mainstream understandings of what it means to be lesbian, gay, bisexual and transgender (LGBT) tend to be narrow and specific, but with "The Identity Project," we can see the infinite shades and hues of queerness that make up the spectrum of human identity. 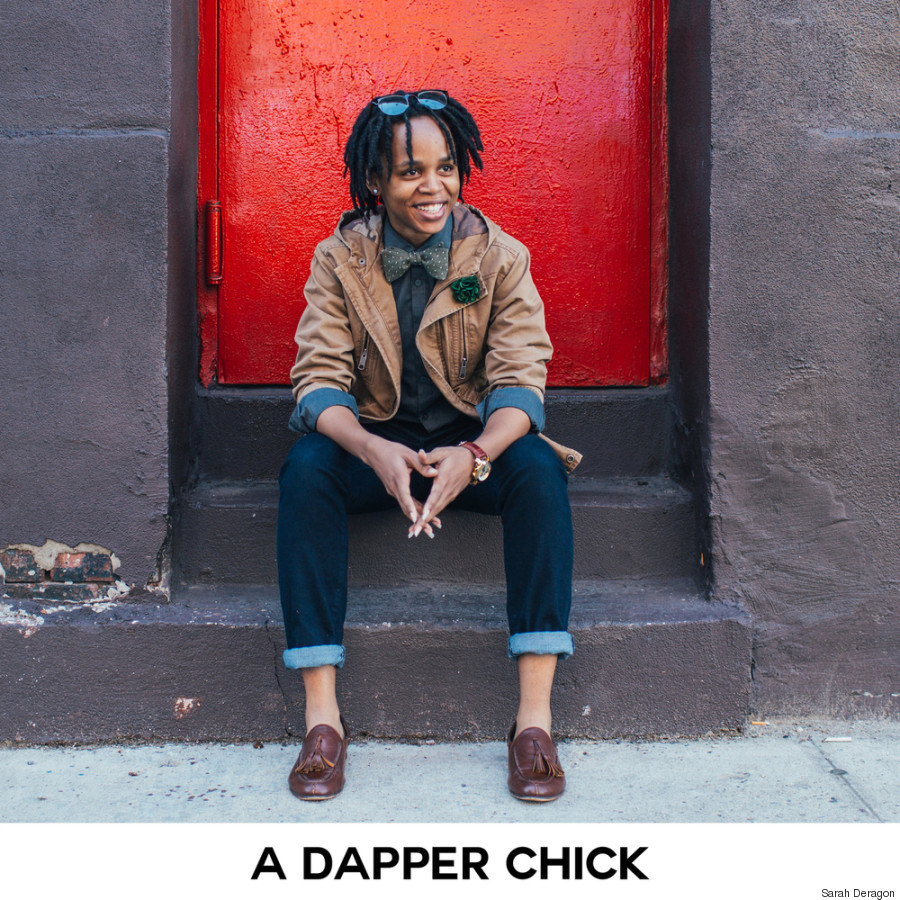 The Huffington Post chatted with Deragon this week about her work and how the project has grown.

The Huffington Post: What is your driving vision for The Identity Project?
Sarah Deragon: My main vision for The Identity Project is to expand what we normally understand to be the LGBTQ communities. I wanted to create a photo project that allowed participants to self-identify and stand up and be seen for who they really are. I honestly thought that the project would be a small collection of 50 or so photographs, but the response to the project was so profound that I decided to expand it and travel to several US cities like New York City, Portland, Chicago and soon Austin to photograph more people. I imagine that this will be an ongoing project for me throughout my lifetime.

Sarah Deragon
Sarah Deragon
What do you want viewers to take away from The Identity Project? I hope that the photos in this project start a conversation -- that was one of my main goals when I launched it. The debate about categorization and labels is always ongoing and this photo project is my entry point into the conversation. If someone is moved by one of the portraits, thinks that someone is hot, gets the courage to come out or even cracks a smile when they see my photos, I'm happy.
Sarah Deragon
Sarah Deragon
Sarah Deragon
Why is this kind of visibility for the queer community important? Visibility is power and standing up for who you are is important. It is innately part of all of our coming out processes and this photo project allows folks to do that once again. It is fun to think back on what words I used when I first came out -- "lesbian" -- and then how I evolved into "femme" and then started using "queer" full time. The words we use to define ourselves are ever-changing and my photos capture that one moment in time. I really love the impact that a photo can have paired with words. I hope that this project can help expand someone's frame of reference and I am excited about introducing people to new words that we frequently use within the community. One of the coolest things that has happened since the project launched is the international reception in countries like India, Russia and France. Standing up and being seen for who you are isn't an option in some areas of the world and we should never forget that.
Sarah Deragon
Sarah Deragon
Sarah Deragon
What do you hope this project evolves into? I hope that this project inspires others to do something similar. On the website, you'll see that there are at least three other personal projects done by LGBTQ folks out there (one of them is even in France and another in Australia) that used The Identity Project photos as either a jumping off place or they recreated something similar where they live. On a personal note, there are so many beautiful and rich personal stories behind the photos -- capturing more than just a simple portrait would be amazing! There's tons of big dreams for the project and of course it'd be possible if I had the bandwidth. For example, it would be cool for me to continue photographing people in different US or international cities. I'd love to do a documentary featuring some of the people in the project and see how their terms change/don't change throughout the course of a few years and it would be rad to have an art show displaying the photos along with listening stations featuring video testimonials from the participants.
Sarah Deragon
Sarah Deragon
Sarah Deragon
Sarah Deragon