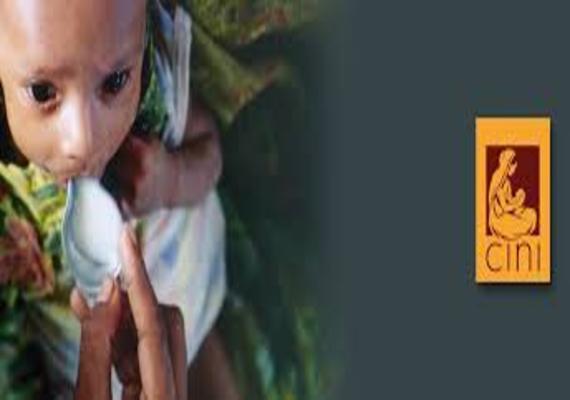 With October 16 marking World Food Day, the state of food insecurity and malnutrition needs even greater attention in the midst of chronic poverty and entrenched conflict. As children and women are often the most affected, it is an opportune time to highlight how food shortages impacts their daily lives. The work of civil-society based organizations has been crucial in their ability to assist in efforts to mitigate hunger and malnutrition. In the end, by combating today's food problem, tomorrow's world will see fewer people suffering through chronic deprivation and food scarcity. We have enough food to feed every person today. It is time more effort is put behind elevating food inequality and ensure no person goes hungry.

Progress has already been made toward halving world hunger by 2015: the United Nations Food and Agriculture Organisation (FAO) reports that world hunger has been reduced by over 100 million in the last decade. It is testament to how greater cooperation and coordination between governments, civil society, researchers, private sector and farmers can deliver solutions to food insecurity.

Yet despite the progress, 805 million people across the world remain hungry. Many factors have contributed to today's world hunger problem:

THE TRAGEDY OF HIDDEN HUNGER: MALNUTRITION IN INDIA

Every year, 3.1million children die of malnutrition, the result of a dietary lack of vitamins and minerals. Children in South Asia have one of the highest rates of "wasting," which is where children are too thin for their height due to starvation, disease or both. It tends to inflict poorer families who cannot afford high quality, nutritious food. Wasting seriously impairs children's development, especially their cognitive and physical capabilities. Mothers are also affected, increasing their risk of death and their babies. Nutrition intervention in the first 1,000 days of a baby's life is critical in preventing malnutrition and their long-term impacts.

The Children in Need Institute, India recognizes the importance of providing support to mothers so that they have a greater understanding about their child's nutritional needs. In India, where white rice is the staple food, vitamin A deficiency is common. CINI helps mothers introduce a range of food groups into their families diet, using low cost, nutritious foods that can be made with easily available ingredients.

Through CINI's Adopt a Mother and Save Her Child program, health-workers assist women throughout their pregnancy and provide nutritional intervention in the first 1,000 days of their baby's life to prevent the onset of problems caused by malnutrition. Through CINI's educational programmes, mothers are better able to prevent malnutrition using resources within their means. Director of CINI India, Dr. Samir Chaudhuri states:

"We support the the pregnant mother first to eat well so that she gains enough weight during pregnancy to deliver a child more than 2.5 kilograms, the World Health Organisation (WHO) cut off point for babies low birth weight. Subsequently the mother is encouraged to give exclusive breast feeding to the child and introduce supplementary foods after 6 months. 'Sponsor a Mother' programme at CINI India is a great way to ensure mothers and children in India receive the support they need."

War, drought and displacement have caused more children and women to suffer from disease, starvation and malnutrition in Somalia and South Sudan.

Somalia has been plagued by famine and war for decades, and for many children this has been their only view of the world. Persistent insecurity has caused more than 200,000 children under age of five to experience acute malnutrition and a further 50,000 are at risk of death if immediate assistance is not provided.ECHO and UNICEF have taken steps to contain the impact of chronic food shortages by establishing nutrition centers in displacement camps, which so far have delivered a 92.4 percent recovery rate for the 42,526 severely undernourished children across Somalia. Local partners have been essential in efforts to coordinate and deliver acute malnutrition services.

In South Sudan, the United Nations is warning of an impending famine as a result of continuous displacement and lack of agricultural production since conflict broke out in December 2013. The World Food Program (WFP) has been delivering food supplies to stave off a food crisis. However, such interventions will need to reach 3.8 million people facing food insecurity and 1.5 million people displaced by the conflict. Malnutrition rates have escalated to one in three children, figures only seen during a famine.

South Sudan needs a resolution to the conflict if food shortages and its consequences are to be collectively dealt with. Despite a ceasefire being signed, the situation has failed to stabilize and violence continues throughout the country. Without a a solid peace agreement, food insecurity is set to affect half the population in 2015.

The proliferation of arms and violence will continue to cause more people to die from hunger. Firmer political effort is needed to establish peace, security and the rule of law to allow those displaced by the conflict to return home and restart their lives.

The Government of Guatemala declared a state of emergency in August as a result of the devastating drought brought on by prolonged heatwaves after the El Niño weather cycle. Many families in rural areas are facing severe food shortages as thousands of cattle have perished and crops have dried up across the region. The Food Security Secretariat estimates that there have been 80 precent losses in maize and 63 precent in bean, impacting over 1.4 million people. As a result of the stalling economy and food shortages, the Government is struggling to contain the increasing budget deficit, food prices and unemployment.

The crisis has meant more families cannot feed their children, affecting over half a million children. WFP reports a 49.8 percent chronic malnutrition rate for children under five, the fourth highest in the world. Indigenous women and children are the most vulnerable. The current situation already exasperates the desperate situation that many people in Guatemala find themselves: 50 percent of the population live in poverty, and 13 percent in extreme poverty.

In the future, food insecurity is set to affect more than 2 million people in Central America. It is projected that only 32 percent of households will be able to plant crops during the next sowing cycle. This means that almost 70 percent of farmers will not see a harvest until August 2015. Concerns over survival are mounting in a country where less than 10 percent of households are in receipt of government social protection programs that provides them cash to survive.

The humanitarian emergency requires immediate international response to ensure families have access to food and are able to treat malnourished children. Aid will also be needed to build back up agricultural production devastated by the drought so that families can recover their livelihoods.

CLIMATE CHANGE AND THE IMPACT ON FOOD SUPPLIES IN BANGLADESH

Bangladesh has suffered through severe flooding, drought, and cyclones over the last two decades, causing extensive economic damage and impairing livelihoods. In an environment where 20 percent of GDP and 65 percent of the labour force depends on the agricultural industry, the impact of climate change has been particularly devastating on people's ability to grow, access and deliver food supplies.

According to the World Bank, Bangladesh has a national malnutrition rate of 15.7 percent for children under five. ECHO has partnered with WFP and NGO Sushilan to help support community based management of acute malnutrition and help integrate programs into the national health system. The program has shown great progress in 2013, providing assistance to over 6,600 children under five and nearly 12,000 pregnant and malnourished or lactating women.

However, such efforts will need to be drastically scaled up given the fact that the situation is only set to get worse: The World Bank report on climate change estimates that increase flows into Bangladesh's three main river could cause a 10 percent rise in flood areas by 2050. The agricultural industry will be affected the most with a reduction in rice production, the main crop in Bangladesh, and a decline in one crop in each region, causing a loss of $26 billion in agricultural GDP between 2005-2050.

These stark predictions should provide greater impetus towards investing in on-farm opportunities alongside climate risk management and development of protective infrastructure. These measures will help offset the impact of climate change, buffer agricultural livelihoods and protect food supplies. The urgency could not be greater when Bangladesh is already dealing with the consequences of climate change.

For many poor communities across the world the window for action is rapidly narrowing. Hunger has forced generations into a cycle of poverty, and for children today the long-term impact will impair their ability to stay in school and seek employment. Reducing food insecurity has to be a priority for governments and the international community. The significance of World Food Day should show the importance behind multisectoral approaches in dealing with food insecurity, malnutrition, and building greater resilience for some of the world's most vulnerable communities.