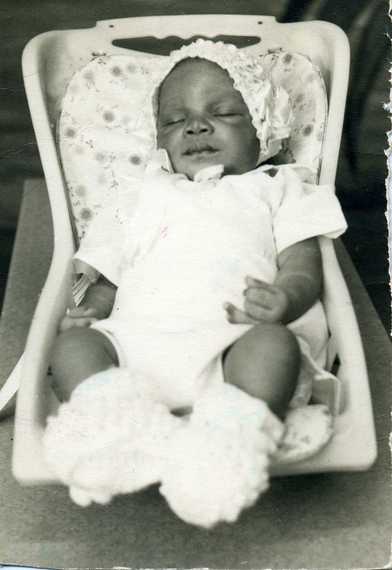 We've all sat on our own lawn, touching the green green grass of home, then glanced over at the greener greener grass growing on the other side of the fence and wondered, Would I be happier over there?

Next question: If you'd gotten to choose between lawn No. 1 and lawn No. 2 on your last moving day, would you be living on the other side, wondering what life must be like where you're now sitting, thinking how much greener the grass looks? No. 3: If you had been given the choice between what you have and what you have not before experiencing either, would you have picked what you have? That was the tough question that Rudie, an Australian on holiday in Bangkok, asked me two years ago, one with which I continue to struggle.

We had started off talking about racism, then detoured onto nature vs. nurture, as in, Are we born gay or do we choose it? "In our society, it's so difficult to be gay compared to being straight," Rudie reasoned. "If it were up to us to choose which one to be, who would choose to be gay? Why would anyone ever choose to be gay?" (For the record, here and elsewhere, that's "gay" as in gender-specific sexual preference, not whether we act on it.)

Before I had a chance to agree, Rudie moved on to the million-dollar question: "If you had had the choice before birth to be black or white, gay or straight, knowing the obstacles you'd have to overcome if you picked black and gay, would you have chosen to be white and straight?"

Last year a suitor in Tel Aviv told me how "blessed" I am to be black. I laughed in his face and wondered what planet was he living on. Regardless of how one feels about the physical appeal of black men, considering the racism and discrimination against us that's been running rampant in the world for centuries, it would be hard to argue that we are truly blessed.

That's not to say I'd prefer to be something else. I tried to make that argument with Rudie -- "I'm happy as is," I announced -- but he wasn't letting me off so easily.

"That's not what I asked. Regardless of how you feel now, knowing what you'd have to deal with as a gay black man, would you have chosen to be what you are if you'd had the choice?"

"No." I felt a surge of shame, rising from the pit of my stomach. Why couldn't I be more like Cynthia Nixon, Sex and the City's Miranda and a late-blooming lesbian, who once said that she made the choice to be currently gay? But she was a grown woman when she decided to switch teams, so she conveniently side-stepped the most difficult gay years -- the teens to early twentysomething -- and went straight (no pun intended) to the gay period that gay grown-ups are talking about when they say, "It gets better."

If God, or whoever is in charge of such things, were handing out choices now, I'd pick gay, too. There are fewer traditional expectations involved (no one questions your maturity -- or sexuality -- if you're still single after 30, and they don't call you selfish for not wanting kids), and you don't have to do all of the wooing. As for race, now that I've gone black, there's no going back. But hindsight is 20/20 vision. As much as I appreciate a good challenge, had my roads been laid out before me on a projector screen before birth -- gay and black, gay and white, black and straight, white and straight -- with no knowledge of who I'd become, only what I'd have to endure to become him, of course, I'd have opted for easy street.

Why would I choose to grow up dodging sticks and stones with the N and F words ringing in my ears, to live my life battling bigotry? What's the appeal of having people make assumptions about me, rejecting me or wanting me, based on the color of my skin? Why would I have picked gay, knowing that many people would associate what I am with shallowness, sinfulness, promiscuity and so-called "unnatural" behavior?

But that would have been then. What about now? Would I change a thing now? Perhaps I'd make a few cosmetic alterations -- smaller feet, thicker eyebrows, a stronger jawline -- but otherwise, I love myself just the way I am. Yes, life has been something of an uphill climb. But that difficult journey made me a person I'm pretty fond of, someone my friends and loved ones want to be around.

"For you were so different You stood all alone And you knew That it had to be so" -- Morrissey, "The Ordinary Boys"

Had I not felt so much like an outsider growing up, had I been the blond, blue-eyed jock everybody wanted or wanted to be, the one who got dates with girls and didn't have to pretend to be attracted to them, or had I even been an average white guy who blended into the crowd, I would not have been forced to develop all the non-physical aspects of who I am.

I might not have been a bookworm who spent so many lonely hours cramming his head full of knowledge, some of it useful, some of it not, all of it crucial to the person I ended up becoming. I might not have evolved into someone who roots for underdogs because I identify with them. I might be someone with a more neutral personality because I never had to develop much of one. I might be a forgettable social experience, the kind of person who doesn't know how to steer a conversation out of the "What do you do?"/"Where are you from?" stage. I might not have anything to say.

Not to overstate the grown-up benefits of being gay and black or to suggest that it's somehow superior to the alternatives. There are plenty of incredible people who are white and/or straight and a lot of gay and/or black people who aren't. But for me, I owe my character to the opposition I've faced, to not having peaked too early, to never having been able to coast through my life. A youth who feels like he or she is on the outside looking in, whether it's because of skin color, sexuality, or something else entirely, is more likely to grow up into one of two things: a raging psychopath or an adult who is comfortable coloring outside of the lines. Either way, he or she has the edge on not being average.

So yes, not knowing what I now know about my personal character as a black, gay man, had my input been requested during the pre-embryonic stage, I probably would have requested that I be born another way. But as the old cliché goes, everything happens for a reason. I was born this way in order to become the man I was meant to be, one I wouldn't trade to be anybody else.