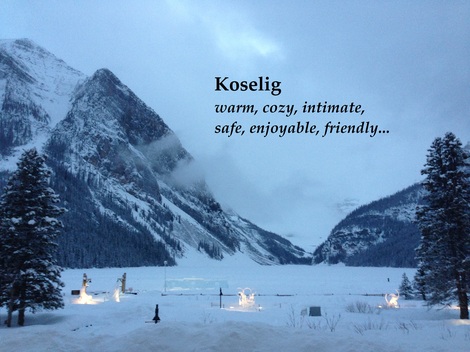 As we move into March, my spirits are lifted by the sight of the first shoots of spring tentatively emerging from the frozen ground. True, there is a lingering chill in the air, borne on bitter draughts of wind that make your eyes water. But still, there is the merciful sense of the evenings getting lighter and longer, the warmth of summer becoming ever more tangible, nearing over the horizon. Indeed, as the earth wakens from its winter sleep, it feels as if we humans are likewise coming out of hibernation. Of course, some parts of the planet will have been sweltering under a burning sun over recent months, while other regions bask in temperate warmth all year round. But up towards the Arctic, folk in the northern regions of the globe have been shivering through a cold, dark winter. During these long months, the word 'hibernation' does feel apt: we shelter from the elements, hopefully in some enveloping cocoon of warmth, hunkered down in our nests. If we're lucky, we'll even feel koselig.

In my recent project to collect 'untranslatable words' that relate to wellbeing, the wonderful Norwegian word koselig is one of my favourites. Superficially, it might be roughly described as meaning 'cozy'. However, its significance seems to run far deeper, capturing a multitude of positive feelings and experiences. It tends to be described as communicating an almost existential sense of warmth, security, intimacy, and happiness. Perhaps picture Norwegians, merrily huddled by the fire, sheltering from the brutal winter, gladly toasting their gathering as being koselig. Indeed, as this nice blogpost elucidates, so central is this word to Norwegian culture, its usage extends into areas of life that have no direct connection with 'coziness', but simply involve a shared sense of friendliness and intimacy. For instance, it can apparently be used to describe a reunion with a long-lost friend, a tender kiss, a merry party, even working in supportive collaboration with colleagues.

As I think about koselig, I feel a little envious, as if it's a feeling that us non-Norwegians are missing out on. But then, I wonder if that actually is the case. One of the questions that drove my project was the issue of whether these words truly are 'untranslatable'. As I undertook the project, it seemed that it might not only be Norwegians who have crafted a special word to capture the constellation of valued feelings and experiences brought together by the term koselig. Many Northern European languages have kinship words that encompass similar meanings - from hyggelig in Danish and mysa in Swedish, to gezellig in Dutch and gemütlich in German. Indeed, I began to wonder about my own English word, cozy. I had initially regarded this as a 'superficial' translation, lacking the emotional depth and resonance of koselig. But is it? It strikes me that 'cozy' doesn't just describe something as simple as the warmth and comfort of a room. Rather, it seems to express some fundamental sense of being safe and secure, protected against the elements - not only against the inclement British weather, but the hostilities of life itself. Or am I just longingly reading these qualities into the word now that I've heard about koselig?!

Lecturer and researcher in positive psychology at the University of East London.