Earlier this month, Stephanie Vanderslice posted an article here at The Huffington Post entitled "Should I Read or Should I Write?" There, she mentions that I find reading to be essential for my life as a writer but that, when tasks pile up, "it's often the activity that gets squeezed out." If I'm short on time, I should be writing because I'm a writer. Even those of us who enjoy reading put it aside to accomplish other things in life, sometimes pretty mundane things like housework.

Of course, writers tend to think a lot about reading, and we value the time we spend reading because it counts toward our career goals. As I point out in "The Excitement of Influence" in the new anthology Women on Poetry: Writing, Revising, Publishing and Teaching, "Some writers limit reading because they fear being unduly influenced." But, for the most part, we "can understand specific techniques by practicing them, discover new areas of interest or skill, and more deeply know our own habits, individual voices, and styles by engaging with the works of other[s]."

So writers tend to read selfishly, often in the manner that Francine Prose suggests in Reading Like a Writer, noticing how sentences and paragraphs are formed. Reading attentively, with appreciation, becomes second nature for writers. Richard Bausch, in his ""Letter to a Young Writer" goes so far as to say, "You must try to know everything that has ever been written that is worth remembering and you must keep up with what your contemporaries are doing." He suggests that writers take the great work of others into themselves and, rather than analyzing like a literary scholar, get to know favorites by heart. 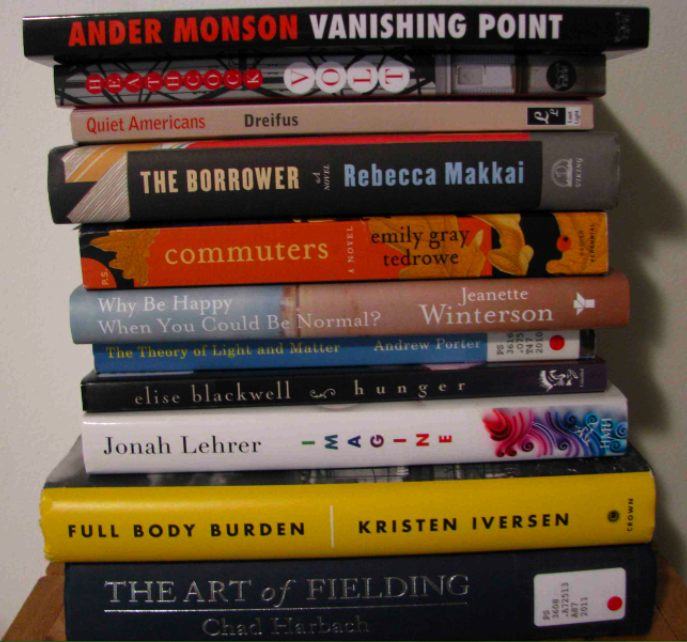 But reading can be important for just about everyone. Last month, Forbes claimed, "If You Want to Succeed in Business, Read More Novels." That article points to "studies that show reading fiction actually increases people's emotional intelligence: their accurate awareness of themselves and others, and their ability to create positive relationships with others based on managing their own reactions." In other words, when we read about fictional characters, we become better at understanding real people and real situations. And these skills make us better at our jobs.

Lisa Zunshine has been writing about this relationship between novels, emotional intelligence, and the brain for several years. (In fact, her book Why We Read Fiction was the first explanation of Lolita that matched my own reading of Vladimir Nabokov's novel.) The New York Times wrote about Zunshine's ideas a couple of years ago. That article noted, "Zunshine is particularly interested in what cognitive scientists call the theory of mind, which involves one person's ability to interpret another person's mental state and to pinpoint the source of a particular piece of information in order to assess its validity." So, reading about fictional characters teaches us how real people's minds work. Through understanding characters in a novel, we understand our friends, our colleagues, and even ourselves more deeply.

In other words, reading encourages empathy. As we read the narrator's voice, often intermingling with a character's voice, and dialogue, we hold different states of mind -- and consciousnesses other than our own -- in our heads at the same time. We can tell when someone says one thing and means another. We understand that different people look at the world and a given situation differently.

However, Christine Bruns (a colleague of mine at Chapman University) asserts in Why Literature? that not all readers easily grasp the concepts of literary reading and of identification with characters in a fictional world. Her own experience teaching literature has led her to know that reading novels doesn't come naturally to everyone and requires practice. As I wrote in a book review at Fiction Writers Review, "Bruns goes on to discuss how immersion (getting caught up) and reflection (critical reading) are learned processes that book lovers use to appreciate a poem or novel. But each process can undermine the other, especially in the classroom setting, where passing a test may be a more overt goal than enjoying the story. Only continued practice can make these processes interdependent and effortless."

Based on these terms -- effortlessly getting caught up while retaining a critical eye -- I'd like to claim that I am the best reader I know. I'm not. My sister is the best reader I know, which is a good thing because, in her job, she deals with a lot of people with a lot of strong and differing viewpoints. My sister reads widely and voraciously, opening each book on its own terms, whether it has been deemed great literature or is the latest installment in a popular mystery series.

I attribute my sister's success as a reader to two things. First, she has always had an active imagination. She was the little girl who spent afternoons wandering the open prairie and conversing with her imaginary friends and Laura Ingalls Wilder. Second, she has a bad back and, by necessity over the last decade or so, has spent days resting in bed. While she reads regularly even now that her back is better, those days she was laid up, as painful as they were, gave her reading time that most of us don't think we have.

Reading is especially important for writers, which was Stephanie Vanderslice's point. But it's important for everybody else too. In fact, reading may be one of the most human of all activities. Many other animals make tools. Dolphins recognize themselves in mirrors. Elephants mourn their dead. But what other creatures share stories -- and share them with people they don't even know?