How important is it today to have a human voice speak in a TV advertisement over a digital one?

For the man who gave legs to AOL's memorable, "You've Got Mail," in Elwood Edwards, it was a big deal even though "people don't recognize my voice on the street," according to a New York Daily News article about the voice heard around the Internet in the mid 1990s.

The same could be said about the late John Facenda, the "Voice of God" for the NFL Films for decades. So has the Digital Age changed the business of voiceover?

In some areas, such as robotics and telecommunications, digital is king. But not in TV advertising or Hollywood animation, where the human voice still rules. People can tell the difference. It's more than context. The human voice is unique, knows when to move inflection points -- when to pull at emotions, when to simply deliver a clean message.

To find out more about the nuances of and challenges to the business of voiceover today, I sat down with voiceover "queen," an actor, teacher, and author, Joan Baker.

Inspiration for Voiceover Acting
In meeting Joan Baker at a midtown restaurant, I was taken aback that the voice behind many brands on TV had the perfect gait and posture of an in-front-of-the-camera actress. Add that with a sound that has range and perfect pitch unmic'd, a look that belies her age by a decade, and Joan Baker has served her high profile clients well. They include ABC News, Bloomberg TV, CNN, American Express, Sony Music, premium cable networks, and major brands.

"I was inspired to do voiceover acting as a way to get around the rejection I kept hearing from casting agents who felt my 'look' wasn't ethnically specific," she said with a glint in her eye that showed determination. "You see, I'm of mixed race, black and white. Advertisers go for highly targeted messaging and 'mixed race' wasn't one of them."

"What changed?" I asked.

"One day I happened upon an ad for voiceover lessons from Joni Robbins and it hit me that my race wouldn't be a factor," Joan Baker said. "I always enjoyed doing character voices. So I figured I could make use of the dozens of voices swimming around in my head." And swim she did. 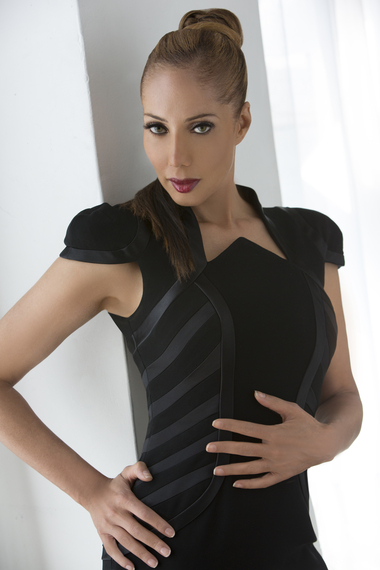 [Joan Baker, the Woman Behind the Voice, Credit: Arthur Cohen]

"Since I can remember, I always admired actors who were as well known for their talents as they were for their humanitarian efforts. That was a heroic life and I always assumed I would have that life," she said. "I was 10 years old when I learned that you needed to get an agent. So I grabbed a phone book and started dialing every agency I could find. Within a week I had an appointment. My mom accompanied me for the meeting. And two months later I auditioned and booked a children's TV series called Whatchamacallit."

Joan Baker was cast with three boys. "We put on weekly skits, visited local landmarks, zoos, museums, everything you imagine kids wanted to see on TV. It didn't occur to me how unique my life was," she said.

Like all careers, there were challenges that lay ahead.

A Woman of Color in a Tough Business
"Being a woman of color has been a challenge in a country dominated by whites. On the most innocent level, it's simply a numbers game. That's to say, most acting roles, including voiceover, are written for projects targeting the main culture. Today, the ratio of whites to people of color is shifting so that bias will change with it," Joan Baker said. "A heightened enlightenment around our common humanity is breaking down color barriers."

And that takes time, just like the acceptance of gay marriage in certain sectors of society.

"My plight was as a mixed race person whose outward features could not be readily identified with a particular race. That doesn't work for advertisers when they're trying to connect with a specific audience," she said in her breezy style. "To some degree I overcame the bias of target marketing by disappearing into voice acting. But I soon found the biases were there too."

"How is voiceover different?" I asked.

"First, voiceover remains a male dominated industry. Women are relegated to female products. As a voice actor, you still find yourself meeting and working with the folks who hire you. Once the client sees you, they can't help but give in to certain visceral responses and signals that come into play. It's automatic," Baker explained.

Moving Beyond Race and Stereotypes
"I was first influenced that I could pursue acting and entertainment without the racial bias associated with being mixed race. But my original voiceover teacher, Joni Robbins, moved me beyond the barriers of race and gender," Joan Baker reflected. "Once I was signed to an agency, I had access to many demo reels of various voice actors and I began to listen for what made them great, especially the ones that were booking lots of work."

"Who were some of those voices?" I asked.

"Cedering Fox, Lori Allan, Joyce Gordon, Don La Fontaine, James Earl Jones, Pat Fraley and many, many animated characters stood out," she said, admitting, "I would have listened to many others, if the access was like it is today. Today there are websites where you can find the voiceover demo reels for any voice actor of any notoriety and you can find their spots on YouTube where you can really study them." 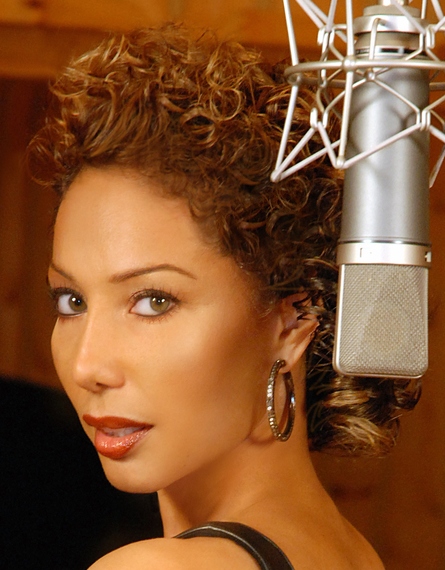 The Impact of Technology on Voice
Where's technology going to take voice in TV to film?

"Well, it seems more and more technology leads to the need for more voices to humanize the tech experience," Ms. Baker said. "In five years voiceover will be more prevalent than ever. It's the nature of communication to want to spread information to a wider and wider range of people, and people overwhelmingly prefer to be spoken to by other people."

She also noted that niche Internet platforms continue to cut through the noise to get the attention of the consumer. "Personally, I'd like to think that the natural human voice will remain the one simple element that we can maintain as a through-line to our humanity, as we depend more and more on technology. But I have to agree with my partner Rudy Gaskins, who says, 'everything gives way to the need for speed. When quality artificial voices can get the job done faster than humans, those voices will replace the need for humans.'"

Let's hope that time doesn't come anytime soon. As I agree with Joan Baker, some elements in our all digital world needs to remain human to remind us about our humanity.

On that note, Joan Baker reminded me of something that I overlooked: "Regionalism."

I asked her to expound.

"Regionalism refers to accents and specific speech patterns belonging to the region or community in which you grew up speaking. If you have an 'urban' or 'southern' or 'valley girl' accent, you will be at a severe disadvantage. On the other hand, accents have their place, so it's an asset if you can pull them off the shelf," she said with a wry smile.

In giving advice to the next generation of voice actors, Joan Baker said, "Ultimately, the woman of color must be aware of the unspoken and unwitting biases that still permeate society and the voiceover industry. Be smart about how you market yourself and engage in networking. Make sure your talent and capabilities are the first thing anyone sees or hears, and not your race."

Being the voice in a TV ad campaign for The Muhammad Ali Center and narrating the documentary about the founding of the William Jefferson Clinton Library, two successful men, champions of race and human rights, brings Joan Baker's story in full circle.

It's good to hear a woman's voice deliver the stories of such prominent men of their generation.