I successfully ignored Cheryl Strayed's memoir, Wild: From Lost to Found on the Pacific Crest Trail, for over two years after its publication. This was no small feat, considering the widespread critical acclaim it received, the book's lasting position of prominence on the New York Times bestseller list, and the fact it was personally selected by Oprah to relaunch her famous book club.

I was not unaware of this book during this time, I was consciously avoiding it. I regularly passed by stacks of it on the front tables of bookstores, never once stopping for a closer look. When friends would recommend that I read Wild, I would respond with a non-committal "yeah, maybe" and mentally toss their recommendation aside.

I wasn't dodging Wild because I wasn't interested in the story, or because of some issue I had with Strayed's writing, but because the story unnerved me deeply.

When my mother died two weeks after my twenty-first birthday and two months into my final year of university, my chief concern was maintaining my carefully-constructed, high-performing youthful status quo. After her death, well-meaning people who had themselves been down the road of mother loss at a young age warned me that I would never be the same after this experience, and that prospect terrified me. I didn't want to change. I silently feared that that if I let myself experience my grief, that if I let my grief work on me in the special way that only grief can, that I would become a different person that no longer fit into my own life.

In an attempt to stay recognizable to myself and those around me, I cobbled together a version of 'grieving Nicole' that I thought was close enough to the original that I could pass for the same old likeable me. I used whatever scraps of my old self that I could find lying around and selectively incorporated bits of my new motherless self that I found palatable.

What's more important is what I left out when I was crafting this persona -- naturally-occurring elements of my grief-stricken self that I understood to be uniquely unacceptable in a young woman: bitterness, resentment, rudeness and anger. The parts that, in my mind, would make me a poor candidate for sympathy and understanding. The behaviors that would void my entitlement to the empathy and support that were keeping me afloat in the first few years after she died.

In short, I left out the pieces of myself that made me complicated. Which brings me back to Strayed and Wild.

In my mind, leafing through the pages of Wild was tantamount to opening the Pandora's box of my grief. I was terrified to dabble in the black magic of a woman living her life unapologetically. I was fearful that reading about the darkest parts of a young woman's grief journey would bring up the very feelings I was trying to repress.

I still don't know what prompted me to finally pick up a copy of the book last summer. And the irony that I finally picked up the book on a trip to visit my family in rural Ireland, a place notorious for forcing women to live within the confines of 'likeability' and 'respectability,' is not lost on me. But I'm glad that I did, because for the same reasons that it initially scared me, Wild ultimately healed me. The story was an invitation to explore the darker side of grief. In the pages of Strayed's memoir, I found a safe place to be complicated, to be unlikeable in my grief. 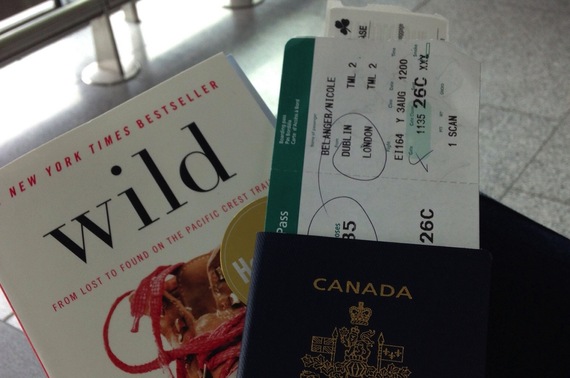 Just before Christmas, I took myself on a date to go see Wild on the big screen. During the final scene of the film, I had one of the most cathartic cries of my life sitting alone in the dark of the movie theatre. Not because I felt sad, but because I felt seen. I cried for the girl within me who felt for so long that it was not safe for her to show up in the world as she was with her grief. I cried for the girl who spent years doing emotional backflips in the name of remaining likeable. I cried because I wish I knew back then that complicated women get happy endings, too.

For that reason and many more, I was rooting for Reese Witherspoon, who plays Strayed in Wild's film adaption, at this year's Golden Globes. Although Witherspoon did not take home an award, her work was recognized in a broader way as last night's ceremony became an unofficial celebration of the complicated women and their complicated stories that came to life on our screens this past year.

When a female character is given full license to explore the boundaries of her humanity -- in all directions -- she represents pure possibility for the women on the other side of the screen or the page, consuming the story. These stories -- in film, on television, and in writing -- are new lenses through which to view and understand ourselves and our place in the world. Which is why initiatives like Geena Davis' Bentonville Film Festival, which will promote women and minority filmmakers, are so important. As Bad Feminist author Roxane Gay said last night, "bring diverse voices to the table and they will rise to the occasion."

Like Maggie Gyllenhaal, these portrayals of complicated women absolutely excite me. But, more importantly, they also comfort me, validate me and embolden me. They tune me in to the endless possibilities that lie dormant within me, often waiting for permission to emerge.

Here's to complicated women and their complicated stories. May we be them, may we tell them.