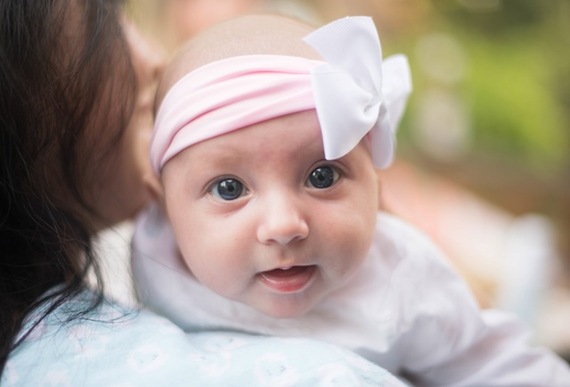 It's popular in recent years to bemoan the lack of paid leave available to new parents in the United States.

We celebrate companies with progressive policies that offer paid time off or extended leave beyond what's required by the Family and Medical Leave Act.

Women weigh a company's maternity leave policy into their opinion as to whether they are "treated fairly" at the company, as Fairygodboss co-founder Georgene Huang puts it.

Proponents of paid leave for new parents -- or specifically new moms -- echo statements like this one by women's rights activist Michelle Noehren:

"New moms deeply cherish the time they have with their newborns and should not have to worry about paying their bills while out on leave."

Demanding paid leave as a "right" for working parents is, in my apparently minority opinion, bullshit.

Let's set aside the valid arguments that proposed mandatory paid parental leave tends to be skewed based on gender and that it puts a true burden on a company.

There is still one huge, undeniable, slap-yourself-in-the-face obvious point that is somehow not a major part of this discussion:

Having a child is a choice.

In the 21st century, becoming a parent is, in fact, a lifestyle.

It is something you decide to do with your life.

Yes, some children are born because of accidents or tragedies, or lack of education or inadequate access to things that would keep them from being born.

But let's be honest: It's not only those unfortunate women demanding we pay them and secure their jobs for 12 weeks or 12 months while they bond with a baby.

It's you, bougie white women with college degrees and full-time jobs, screaming for equality and the right to choose out of one side of your mouth and maternity leave and special rooms for breastfeeding out of the other.

Noehren again: "Many women are delaying getting pregnant, sometimes for years, because they just can't afford to take unpaid maternity leave."

Yeah. That's how adults make decisions. They weigh their options and often have to choose one thing they like over another.

I'm 30 years old, and I have a full-time job. As much as I would love to do it, I "just can't afford" to forgo income for three months to, say, write a novel.

Train for a marathon.

Ride a hot air balloon around the world.

Please take a minute to imagine scheduling a meeting with your boss to ask for three months' paid leave and job security so you can go 'round the world in a hot air balloon.

Because the scenario is hilarious.

Your company might be amazing. You might be able to ask for a sabbatical to chase all the dreams you want, and that's fantastic.

But would you argue that all companies should be required to provide these benefits?

If you would not, but you still want to demand paid leave for parents, why?

The inequity of paid parental leave

It doesn't increase equality for women in the workplace. It introduces a blatant inequality by providing exclusive benefits to those who choose to live one lifestyle unfairly valued above others.

I'm not going to have children. Regardless of the laws passed or the policies of my employers, I will not receive the benefits that my childbearing counterparts hope to claim.

Can women really have it all?

We've been wasting our time on this question for years. The answer is absolutely no, of course not. No one can have it all, and no one should expect to.

From the start, the question is flawed in its assumption that women -- namely, mothers -- uniquely face the challenge of choosing among several things they want to do with their lives.

Everyone has to make those choices. Many of us love our careers and also other things. Few people get to do everything they want all at once.

If your child is, as many a new parent will say, the center of your world, that means your job is not. That's a choice you get to make.

I can't expect my employer to pay me to spend my time writing a novel instead of coming into work.

I can't expect my job to wait for me while I ride my hot-air balloon around the world.

None of us has any right to get everything we want, when we want it, with complete ease.