There are rules you're supposed to follow when you make a documentary.

"There's this idea of documentary purity that is not terribly realistic," says the British director, whose debut feature, "The Imposter," sails into limited release this weekend on the strength of a 96% Rotten Tomatoes rating (at press time). "I think everyone who's ever picked up a camera or sat in an edit suite will be aware that there are lots of subjective decisions being made. This idea that you can create a film that is purely objective, it's just not a realistic ideology."

Layton's film tells the stranger-than-fiction story of Frédéric Bourdin, a charming young congenital liar who in 1997 persuaded authorities on two continents that he was Nicholas Barclay, a Texas boy who had gone missing three years earlier at age 13. Somehow, even Barclay's family fell for his act, taking him into their home and treating him as one of their own, despite the fact that Bourdin was 23, had the wrong eye color, and spoke with a French accent.

How on Earth could that happen? And who's to blame? The film grapples with those questions without offering any definitive answers. "What I wanted to do was something I found more interesting and possibly more challenging, which was to present the audience with different and in some ways conflicting versions of the truth," Layton says.

The most compelling -- and warped -- version of the truth comes from Bourdin himself. Layton shot his interviews with the titular impostor over the course of two days in London, and quickly gained insight into how Nicholas Barclay's family could have fooled themselves into believing he was their lost son. 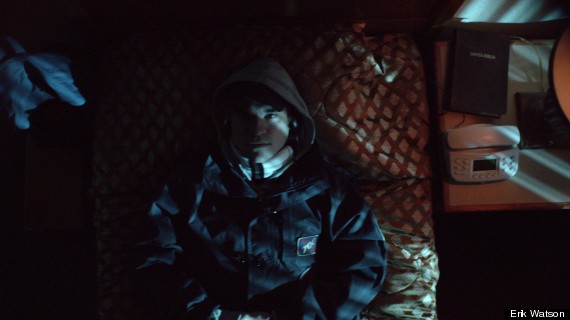 "He invites sympathy," Layton says. "He has this childlike quality about him, and he can be very charming. And at other times he can be quite repellent, because he can be remorseless and you're reminded about what he did. So as a filmmaker, I was asking, How can I find a way of getting the audience to experience a bit of that?"

In addition to giving Bourdin plenty of screen time, Layton decided to dramatize the scammer's version of events with actors -- a practice generally frowned upon in the documentary world but common in television, where Layton has enjoyed a successful career as the producer of such programs as "Locked Up Abroad" (about young Brits who wind up in jail overseas) and "Breakout" (about prison escapes).

Layton understands why some purists condemn "reenactments," but he says the technique suited his story too well to pass up. "Where 'reenactment' gets dangerous is when you're trying to persuade the audience that it's something other than what it is, when you're trying to convince the audience that this is a piece of archive or this is cinema verité," he explains. "What I wanted to do is make it very clear from the beginning that this isn't what must have happened, this is a visualization of what someone wants you to believe happened. You know you've got an unreliable witness and yet you still go along with it, and that's part of what makes this a different kind of documentary."

Layton also shot scenes based on accounts given by Barclay's half-sister, Carey Gibson, who traveled to Spain to retrieve the man she desperately hoped was her brother. An article in The New Yorker had painted Gibson and her family in a very unflattering light -- suggesting that they had sinister reasons for playing along with Bourdin's deception -- but Layton insisted on giving both versions of events, however dubious, their dramatic due. 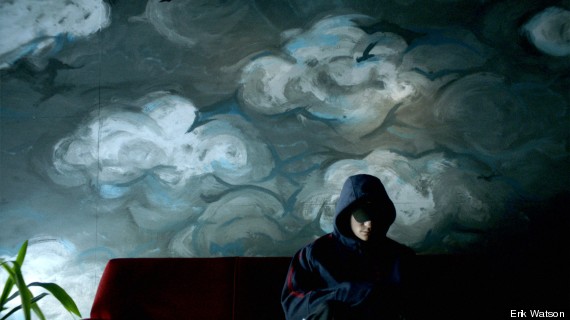 "I had this idea that you might root for all of these people knowingly," Layton says. "Weirdly, you root for the sister to get her brother back, even though you know that the person she's going to meet is not her brother. And weirdly, maybe you're rooting for [Bourdin] to find a family."

Not surprisingly, Layton's unorthodox approach -- give the liars a platform and let the viewer sort it out -- has inspired some vehement reactions among audience members. "In Sundance and South by Southwest, I was literally mobbed by people wanting more -- and not even wanting to ask questions but wanting to give their opinion," he says. "And in every one of those screenings, you had people who are completely split."