by Terri Pous for BRIDES 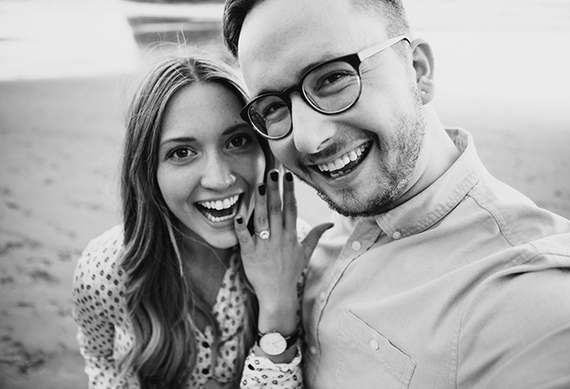 We've seen couples who planned their entire wedding on Pinterest and others that met on Facebook, but recently engaged couple Bethany Olson and Cory Staudacher found love on another social media platform entirely -- they attribute their entire relationship to Instagram!

It all started after Bethany, a photographer, joined the photo-sharing network in 2011, when one of her friends posted an image of Cory, who is also a photographer. "I though, dang this guy is talented and cute. So I started following his work!" she tells BRIDES of her initial crush. Pretty soon, they connected on Instagram, Facebook, and Twitter and started liking and commenting each others' photos. 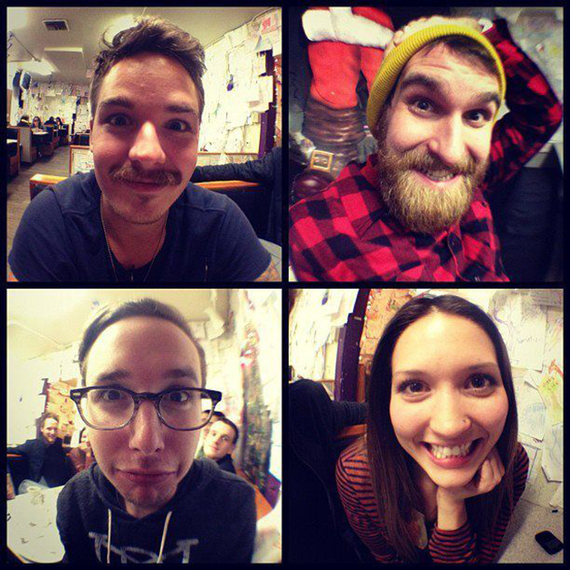 The photo above shows when they finally met, later that year. The same friend who'd posted the original image of Cory invited Bethany to hang out at a cafe in Seattle. Fittingly, they Instagrammed the event. Surrounded by friends, but sitting on opposite ends of the table, the self-proclaimed "shy couple" didn't talk much. The meeting was enough, though, and they kept up their social media correspondence.

What finally got the wheels turning was a Facebook message. "In summer of 2012, I started working at a Vitamin Water stand for a huge music festival in Seattle," Bethany recalls. "As I was pouring some Vitamin Water into cups and handing it to people who I wasn't looking at, I heard this 'Hello Bethany!' I looked up and it was Cory, and I immediately turned bright red and became flustered." He sent her his number on Facebook, which led to full-on texting. Their first date was a photo adventure to the seaside town of La Push on September 12, and they never looked back from there. 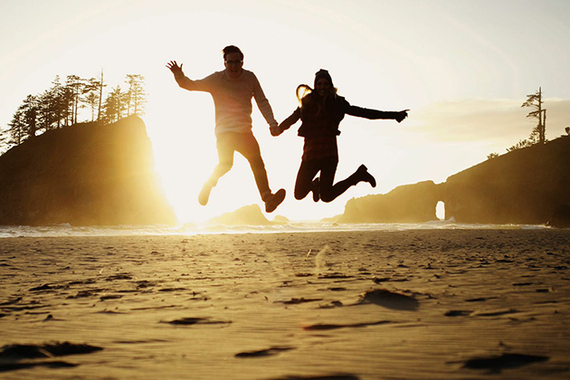 "After that date, there was something about him that I knew was special," Bethany says of the adventure date, a photo of which is above. "I couldn't pin point it, but after two weeks of dating I realized I wanted to marry him! It's so crazy to think about that now." 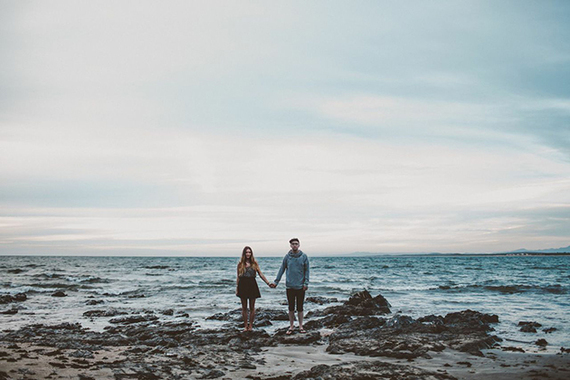 The photo adventure quickly spawned more, further flung excursions. The two lived less than an hour apart, so they began seeing each other every day. "A couple months after we were dating, the first place we ever traveled together to was New York City. That was such an amazing trip!" Bethany says of the fruitful vacation. "We now work together as we are photographers that travel all over the place. So after New York, almost every month we were flying somewhere for work or vacation." The photos above show the duo on getaways to Mazatlán, Mexico, and Arizona.

On September 12, 2014, exactly two years after their first date, Bethany and Cory set off on a brand-new adventure that Cory had planned all on his own -- something that immediately got Bethany's imagination churning. "I was like, 'We go everywhere together and have traveled to so many places. What is he planning?'" she wrote on her blog. "I was thinking either Portland, the Oregon coast, Lake Cushman, or La Push. I wasn't really thinking La Push was going to happen because it's so far away (and so is the Oregon coast), but whatever. So I packed a bunch of clothes, and we took off."

Soon enough, she realized they were going back to La Push, the location of their first date. Naturally, she suspected that her boyfriend was about to propose. "I didn't want to think about it too much or get my hopes up because I just didn't honestly think it was going to happen," she says in retrospect. 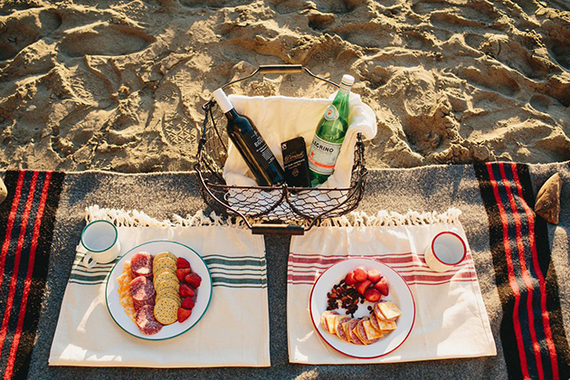 What happened next probably piqued her curiosity even more. "Once we got to the beach, Cory hiked down this basket full of cute stuff; cheese, crackers, wine, and chocolate (my favorite!)," she says of the picnic, pictured above. "We hung out on the beach for a couple hours, and man it was hot. I was wearing shorts and a tee and I was literally sweating."

Once golden hour hit, Cory said to me, "'Eh, maybe you should go back up to the car and change,'" Bethany adds. She balked, despite the heat, but relented when Cory said he wanted to take some photos. "So I walked up to the car, changed, and walked down (that was about a mile and a half)," Bethany says. "On the way up I was thinking to myself 'I wonder if he's going to propose...'"

When she got back, she saw the picnic laid out, heard music playing, and cast her eyes on Cory, who was beaming. Pretty soon, it was the golden hour, and Cory asked that they get a video of them swing dancing. He set up the camera, and next thing Bethany knew, he was proposing -- the whole thing was caught on video.

Not only did he plan the perfect proposal, but he picked a pretty great ring, too. The 14K white gold Shane Co. double halo solitaire looks equally as stunning on Bethany's finger as it did in the Instagram photos they inevitably posted.

With their wedding on the horizon -- Bethany says they'd like to tie the knot next summer -- the traveling photographers are dreaming of a laid-back outdoor wedding in the forest with all of their friends and family in attendance.

Needless to say, Bethany is over the moon about the still-recent proposal. "My favorite part about Cory's and my relationship is that we share the same values in life, and we get to share the same career and happily work together, which is rare for some couples!" she says. "We also get to make our career our hobby as well. So it's a two in one!"

And, yes, when they do get married, they will have a wedding hashtag. "A lot of our friends we actually met on Instagram, which is crazy to think! There's a group of us in Seattle that basically all met through Instagram, mutual friends, or through some sort of social media," she says. "So for our wedding, most of our guests will be our friends we met on Instagram, and/or we will for sure have a hashtag to share images our guests take."

More From Brides.com:
The 50 Mistakes Brides Always Make
How To Find The Perfect Wedding Dress For Your Body Type
The Best Movie Wedding Dresses
50 Ways To Save $500 On Your Wedding
The 25 Most Iconic Movie Proposals
The 50 Most Beautiful Wedding Cakes

More:
weddingsInstagraminstagram photos
Newsletter Sign Up
A weekly guide to improving all of the relationships in your life
Subscribe to HuffPost’s relationships email
Successfully Subscribed!
Realness delivered to your inbox