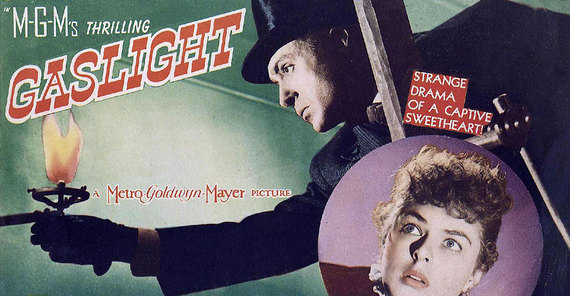 About two years ago, a 67-year-old bus driver walked into the sleep clinic at London’s King’s College Hospital. According to his wife, he’d been talking in his sleep for a year. By her account, he broke into chatter most nights, within 10 minutes of falling asleep. He might deliver up to four monologues a night, she said, prattling on for hours at a time.

Even worse, his subconscious mind seemed stuck on his exes: He detailed having sex with previous girlfriends and even recited one former flame’s phone number. Awake, he couldn’t remember these particular digits.

Before visiting the sleep clinic, this saucy sexagenarian had seen a psychiatrist, who found no signs of a behavioral disorder. Still, they tried a mix of meds, including anti-anxiety pills, hypnotics and benzodiazepines. Nothing helped. In fact, his wife said his speech only grew more lewd and deviant — he detailed affairs with friends, even sexual abuse of his children. Everything he said in his sleep, he insisted, was false.

The sleep clinic doctors didn’t find much behavioral basis for his newly acquired sleep-talking habit. He snored here and there. But other than a single sleep-talking episode as a child, he had no history of weird nocturnal behavior. A neurological examination unearthed nothing unusual.

This chatty bus driver did, however, have the sleep-breathing disorder sleep apnea, which could be triggering sleep-talking by disrupting his deep sleep. Quite reasonably, they treated his sleep apnea and diagnosed his sleep-talking as non-REM parasomnia — even though, clinically, this was a clunky fit. That he started rambling so soon after falling asleep, per his wife’s account, was unusual for parasomniacs.

Within a few months, his sleep apnea improved, but his sleep-talking did not.

Finally, the man started to get suspicious; the situation just didn’t make sense. Upon learning that his doctors were not collecting audio or video recordings of his sleep, he took matters into his own hands. Guy Leschziner, one of the sleep doctors who co-authored the case study, explained to Van Winkle's. From these homemade recordings, his doctors were finally able to figure out what was wrong: absolutely nothing.

His wife had made everything up. Psychologically speaking, she’d been “gas-lighting” her partner. The term, coined in 1969, comes from a 1930s play (and later movie adaptation) in which a man psychologically torments his wife to get her committed to a psych ward. The bus-driver's wife was eventually diagnosed with psychotic illness and morbid jealousy, a real disorder marked by psychotic delusion that a partner’s having an affair.

Gas-lighting is rare, but also possibly underdiagnosed, the case study says. In its 45-year clinical history, the condition makes scant appearances in medical literature. Other documented cases concern people trying to manipulate doctors into diagnosing their spouses with a disease. But that behavior more closely resembles Munchausen by Proxy Syndrome, a mental illness (and form of child abuse) in which parents take extreme measures to fake a child’s illness.

“There’s sort of an intrinsic difference between Munchausen by Proxy and gas-lighting,” Leschziner said. “It’s really about motivation. With Munchausen by proxy, the motivation is getting medical attention. Whereas in gas-lighting, the motivation surrounds abuse.” In this case, the wife avoided engaging with doctors as much as possible. She didn’t want their attention, and mostly likely feared their scrutiny. His doctors speculated that she was probably engineering a divorce.

Leschziner treats about 1,000 patients a year at the U.K.’s largest sleep clinic, and has never seen a similar case. Neither have any of the many people to whom he’s presented it. It’s real, but it’s rare.

On the upside, our long-suffering bus driver got help for his sleep apnea. And, presumably, got rid of a bad penny.