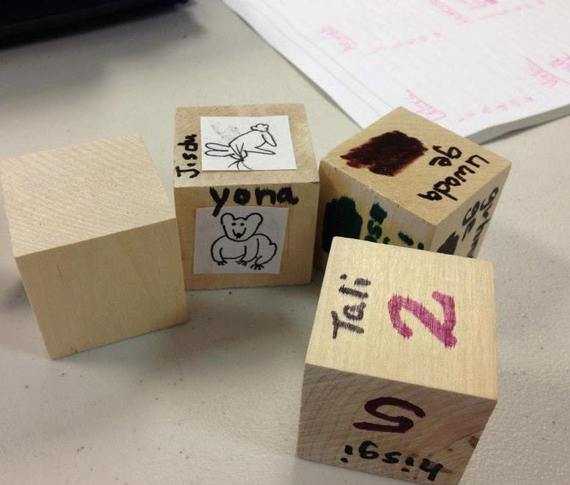 People are posting videos where they take on dramatic challenges and tag others to join in. It's an energetic effort to raise awareness...to use Native American languages. The 2014 Indigenous Language Challenge is on. Comedian Tonia Jo Hall, a Lakota teacher in training, posted a video of her young daughter singing in Lakota. "Whatever your native language is, we challenge you to post a 10-15 sec video no matter what it is as long as you're speaking your language," Hall wrote. She's not the only Native American language activist, learner, or teacher to promote indigenous language use via social media video challenges.

Many of these videos come from adults who are second language learners. For many years, government-run boarding schools in both the U.S. and Canada took children from Native families. This had an immense effect on Native language acquisition. Children lost priceless years of daily home environments with parents and grandparents communicating to them in their language. Home is where children's language development thrives and grows, and where children acquire the many different speech forms that express the human experience. What gets lost? So much, from the everyday language of instructions, telling jokes, or a recipe, to the ritual language of prayers, ceremonial speeches, or sharing stories of the ancestors. For too many families, the home language shifted to English, to the detriment of Native American language and culture. Educational policies were one of the factors that accelerated shift to English, resulting in Native languages becoming endangered languages.

Now educational policies include a different model. To revitalize Native language and culture, communities like the Navajo, the Cherokee, and others have transformed the learning environments for Native youth by adopting immersion schools. Immersion schools use the Native language as the primary language for delivering instruction - in all subject areas - for students. Proposed legislation in Congress increases financial support and the federal commitment to Native American languages, especially in schools: the Native American Languages Reauthorization Act of 2014 (H.R.726/S.2299) and the Native Language Immersion Student Achievement Act (HR.4214/S.1948). If passed, the latter would create a stream of grant funding for immersion schools.

Hawaiian language immersion provides the most dramatic example of the success of such a program. From a situation in the early 1980s in which fewer than 50 children spoke Hawaiian, Hawaiian-medium schooling has produced 4,000 children assessed as fluent speakers of Hawaiian. These changes have come in tandem with impressive academic gains for historically underserved Native Hawaiian students. .. a 100 percent high school graduation and 80 percent college attendance rate. Although English is not introduced until grade 5, Nāwahī produces graduates who are college-, career-, and civic life-ready for English-dominant settings.

A challenge that is perhaps the better known challenge these days is circulating on Facebook and elsewhere: the Ice Bucket Challenge. It isn't just about dumping ice on yourself. Rather, it raises awareness and funds for research on ALS, Lou Gehrig's disease. According to the ALS Association website, people have donated over $100 million. Activism and money talk.

Be an activist for indigenous languages. For you who speak or are learning Native languages, keep on sharing those videos in the 2014 Indigenous Language Challenge. These videos celebrate your languages and inspire others to do the same. Keep on speaking, keep on learning, and most of all, keep on using your Native languages.

What is more, everyone can advocate for Native American languages and to advance this important legislation.

Change the legacy of boarding schools.

Promote secure funding and the future of Native American languages. It's the indigenous language challenge that we can all embrace.

To learn how to advocate for these bills supporting Native American languages and immersion, visit the National Indian Education Association.

To write your elected officials visit this link set up by the Linguistic Society of America, its Committee on Endangered Languages and their Preservation (CELP) and allied organizations in support of this legislation.