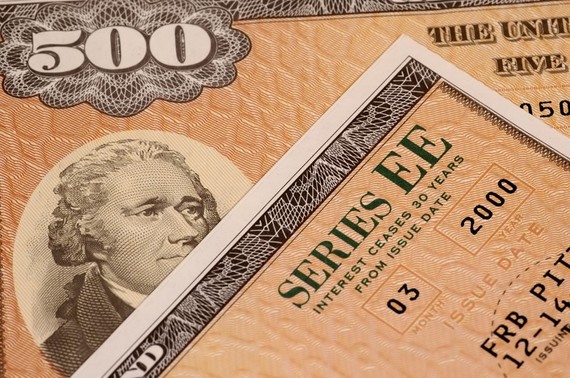 There are millions of words written on the Web and in print that compare asset classes and investment strategies. Comparing holding bonds to real estate occupies a prominent place in this material. After all, a huge pile of money is invested in bonds, both government and corporate. So, what's important and what's not in the comparison.

Actually, when it comes to your money, it's all important. However, most of the discussion revolves around risk-vs-reward. Government bonds have long been referred to as "risk-free," and corporate bonds generally carry lower risk profiles than stocks. That "risk-free" discussion in reference to government bonds must take into account the lower returns that are the trade-off for lower risk. In fact, these days the returns on government bonds are tiny.

Corporate bonds have better returns that reflect more risk, but they're far from risk-free. Depending on the situation, they can take a front seat in a company's bankruptcy or other defaults, but that isn't always the case. The higher the interest paid on a new corporate bond issue in relation to other companies generally indicates a higher risk profile making borrowing money more expensive.

However, all of that considered, there is a huge amount of money sitting in bonds. When you loan the government or a company money by buying a bond, you expect to get your entire investment back at maturity, as well as regular payments of interest along the way. That interest is fixed, and will not change as a part of the deal.

So, you're getting a regular dollar amount paid periodically as interest on your bond, and at some point it will mature and you'll get back your original investment. Now, when you bought the bond, your rate and interest payments became fixed. If inflation rears its ugly head, some really nasty things can happen.

First, interest rate increases often accompany rising inflation. When other costs go up, borrowing can as well. There are a couple of consequences for bond investors when this happens:

• Your bond's value decreases. Generally you don't plan on selling your bond before maturity, so this wouldn't be a problem. However, if an emergency or other situation forces you to sell, your bond has decreased from face value because interest rates for new bonds are higher. Why would an investor buy your bond at a lower interest rate than putting the same amount of money into a new higher rate bond? So, you'll lose some principal in this situation when the buyer discounts your bond's value.
• Your periodic interest payment doesn't go as far. Inflation is eating into your return, and it can be pretty dramatic. Sure, you still get the same amount every month, but you can't buy as much with it.

Now, let's say that you instead have invested in one or more rental properties. You did so with mortgages, but they're fixed, so inflation doesn't cause an increase in the mortgage payments other than possible escrow increases if taxes or insurance rise. Sure, repairs and other maintenance will probably cost more, but hopefully they're not a major component of your cost structure.

Then there's the value component. Your bond dropped in value, but inflation can actually help your home's value. If it costs more for materials and labor, then it's likely the cost of a new home will increase right along with them. When it costs more to build, it costs more to replace an existing home, so their prices can go up a little as well. You are holding it as a rental, so you're not that concerned in the short term.

What about the terrible crash scenario? Well, rental property owners who were not over-extended in many cases just held onto their properties after the last crash. They simply kept reaping the monthly cash flow and held on waiting for values to recover. Sure, if they had to sell in the short term they could take a big hit, but as long as the cash flow covers all costs with a monthly profit left over, an emergency sale isn't usually required. In fact, rents have been rising with higher demand because people still aren't buying like in the past.

If you're trying to make a reallocation decision between bonds and real estate, don't forget the inflation factor, as it's pretty important.