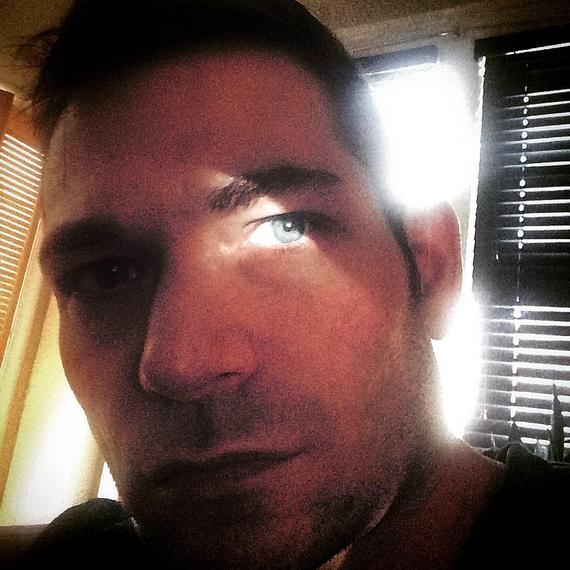 I sat in my Honda Civic watching people arrive one by one at Lynnet's house, feeling like a stalker. So many other people were showing up, but so far not a single person I knew. You're 27, I told myself. This is no big deal. And then I braced the bottle of wine I had bought for the party as I shifted the car into drive and pulled away from the curb. Somehow a panicked sparrow had taken up the space in my chest where my heart should be, beating its wings madly against the breastbone, and my whole body was burning and stinging. I thought I was going to pass out.

My first panic attack hit hard during graduate school. Although I had never been a socialite and never enjoyed forcing small talk with stranger, I had never before been afraid of people. I never had a disorder that scared me away from others and which limited my capabilities. I only recognized what I was feeling because I had for years read information from the National Institute of Mental Health (NIMH) and National Alliance on Mental Illness (NAMI) as part of my job. Huh, I thought. I have social anxiety. Who knew?

I had flourished as an undergraduate, but the undergrad lifestyle didn't require schmoozing at professors' homes with respected and award-winning authors, agents, et al. I wasn't cut out for it. I made it through, but certainly not on the strength of my ability to wine-and-hors-d'oeuvre Very Important People.

I accepted the limitations this placed on my life as panic attacks became more frequent in social situations, even as they encroached on my professional life, which involved a lot of receptions, group dinners and related functions. But by my early 30s, anxiety events were getting out of hand: as a personal challenge, I went to a networking function co-hosted by CNN and the National Lesbian and Gay Journalists Association, and after only mustering the will to speak to one person (who turned out to be the event caterer), I felt suddenly as if I had been placed under a broiler, burning hot, disoriented, faint. I ran, literally, outside and walked home with tears flowing uncontrollably down my face from the pressures of inexplicable panic and a general feeling of failure.

Within months, I began to experience recurring visions of my body toppling over the edge of my 10-story apartment building. Over and over, like a film reel on a loop. I had never had any sort of mental vision before. This was totally new and disturbing, like a nightmare intruding on waking life. Eventually, I was so afraid of people that I ran out of food because I couldn't handle grocery shopping, and I began to order Peapod delivery service. I had developed an intimate relationship with depression since my adolescence, but this was something else entirely -- something far more active, aggressive and almost demonic feeling. At 32, I found a psychiatrist to cope with these increasingly disturbing and totally new problems, which coincided with an array of physical health problems that doctors at the time thought might be caused by multiple sclerosis.

My psychiatrist immediately loaded me up with Zoloft, Wellbutrin, Clonopin and a low dose of Seroquel -- typically prescribed for bipolar disorder and schizophrenia, but sometimes prescribed "off label" in very low doses for use as a sleep aid and to treat obsessive-compulsive disorder. She said the visions and paranoia were a kind of psychosis that could fall into OCD or other severe anxiety categories, or perhaps could be a manifestation of bipolar mania. Although I had read a great deal about mental illness as a primary part of my job, and interacted with mental health advocates and researchers, I wasn't immune to the stigma; I didn't want to be prescribed an "atypical antipsychotic." Yet I was desperate enough to reluctantly agree to take it. This was a life-or-death situation, as the constant playback of seeing myself fall from great heights was disturbing from the beginning, but was now beginning to feel like an inevitable prediction of what was to come.

Years into treatment, the scary visions had ceased but the high anxiety still rode alongside me, if not usually in the driver's seat.

I was diagnosed with Lyme disease last February, at age 36. Several months into antibiotic treatment, the constant feeling of agitated panic I had come to accept as a part of my intrinsic personality had diminished so much that I had no feeling of dread whatsoever about an upcoming three-day meeting that involved networking with 30 people, some total strangers. This unusual lack of panic was almost as jarring as the first panic attack I experienced; it was that novel.

If I, or if any one of the dozen-plus doctors I've seen over the past five years, had seen this brochure from the International Lyme and Associated Disorders Society (ILADS), life could have been so much easier so many years ago. It is written for mental health practitioners, but the brochure details emotional and psychiatric -- as well as, crucially, cognitive -- symptoms of Lyme, as well as non-psychiatric symptoms that in combination can lead to a differential clinical diagnosis of Lyme. And such a diagnosis and resulting treatment for Lyme disease can be just as important to improving neuro-psychiatric symptoms of Lyme as can cognitive-behavioral therapy and psych medications.

In the next post, I'll discuss the case of my clinical doppelganger -- the subject of a recent medical case study whose age and psychiatric and physical symptoms almost exactly mirror mine, but whose outcome has not fared as well as mine. I'll also talk about how a little awareness can prevent these journeys into madness, which unfortunately are common symptoms of Lyme disease, and whose symptoms are treated with a Band-Aid approach using antidepressants, antianxiolytic, and antipsychotic prescription medications instead of treating the infectious disease at the root.