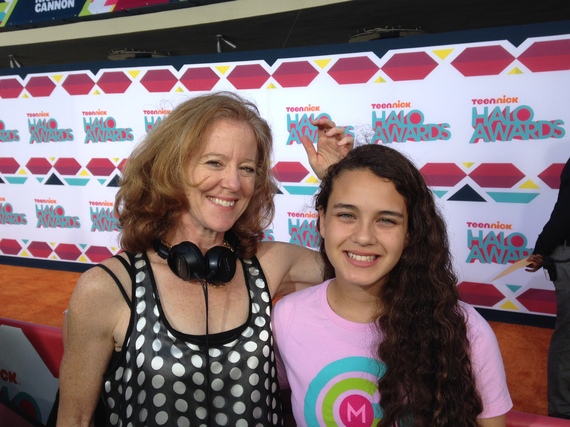 There are more men making films than women today. That is a fact. Here are some more facts:

These statistics didn't used to interest me. Fresh out of UCLA film school two and a half decades ago, I identified myself as an independent filmmaker, but I did not necessarily identify myself as a female or feminist filmmaker, then or now. These terms have always seemed problematic, if not somewhat limited or vague. What does it mean to be a "woman behind the lens"?

I came to filmmaking through unconventional means. I was living in Kenya and teaching in a rural school with no electricity or running water. A friend came to visit from the US, toting an old VHS camera, which he left behind and it eventually broke. I had never touched a video camera before, but I was curious, so I found a fundi - the Swahili word for "maker" - to fix it.

Armed with my refurbished camera, I began to film things around me: my students, farmers picking tea, villagers going about their day. I still remember how those first experiences behind the lens felt. It was a tool for me to frame the world with fresh eyes. I was hooked. I climbed to the top of Mt. Kilimanjaro and documented it. On the second day of climbing, I injured my leg, and to keep my mind off the pain, I would film things around me. So ever since I first picked up a camera, I have been using it as a way to process pain - to work through particular sorrows and unanswered questions. 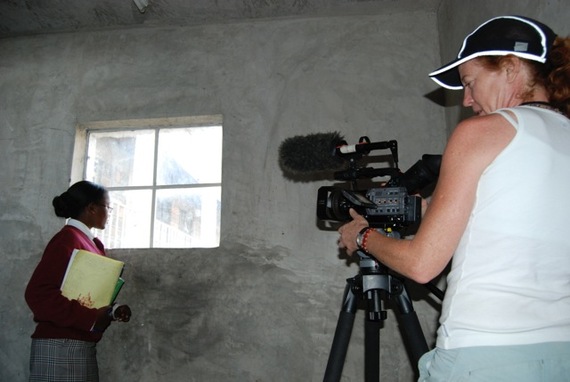 So, it's probably not just serendipity that I landed back in Kenya in 2007. I returned, years later, to cover the multi-party elections for Current TV (now Al Jazeera America). What was supposed to be a shining example of successful democratic elections in Africa went terribly wrong. I found myself stranded in a Rift Valley town, surrounded by violence and terror. Together with a young woman I was mentoring, we tried to film, but were utterly terrified ourselves. At one point, filming a mass funeral for victims of ethnic violence, we were shot at by government forces, and badly tear-gassed. My friend disappeared and didn't turn up for three days. I desperately searched hospitals, friends' places, her own one-room apartment.

She finally called me on a borrowed cellphone to tell me in a quiet, almost inaudible voice that she had been gang raped. I was supposed to get on a plane and return home the next day, but she told me she wanted to - and I will never forget just how she phrased this - "find the voice to tell her story, so she could be the voice for the voiceless." She begged me to stay and help her. Like me, she saw the camera as a tool to overcome her trauma. So I stayed, and together we made "Amani Noma," meaning A Hard Peace, which was broadcast on Al Jazeera's Witness Series.

This was the dawn of rethinking my role as a filmmaker, and it marked the beginning of what was to become GlobalGirl Media.

While filming projects in other developing countries and teaching in Japan, Russia, and inner-city America, I was continued to be confronted with impossible truths. These were the kind of situations that were not only difficult to film, but stories that I - an outsider -- didn't feel comfortable telling. Because I was always shooting my own projects, I was constantly stopped by young women and girls, begging me to show them how the camera worked. I was fascinated with how important it was for them to look through the viewfinder. Their hunger for technology and knowledge was overwhelming. 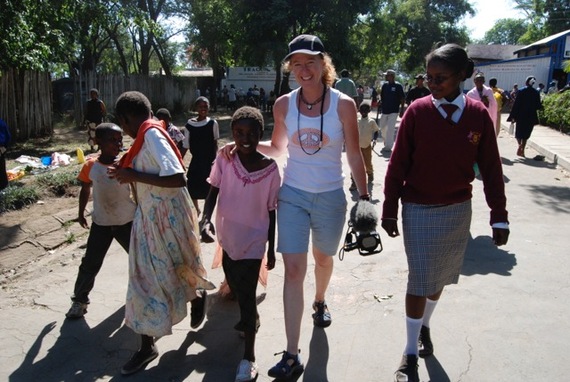 So I started to seek out more information and also learned some more statistics:

I began to see the link between the glaring lack of accurate, authentic and female-authored media and the larger gender inequity in society. Then images of brave young women started to blow up social media, including Neda in Tehran and Malala in Pakistan. I was uncomfortable with the way in which our collective eagerness to hashtag female victimhood without deeper context led to easy alliances, but no real solutions. Women, especially women of color, were continually silenced or absent from the debates.

My political and personal outlook really started to shift. This was at the heart of what grew into my main GlobalGirl assumption; that building an equitable, sustainable and ethical society is directly related to having more diverse voices of women in media.

Sitting in a hot, stifling East L.A. apartment one afternoon with a fellow female filmmaker, I was trying to encourage her to keep going, even though lack of funds, lack of contacts, lack of just being heard was driving her down. We stumbled on this question: what could we do to confront what had become so painfully obvious to us over the years as female filmmakers: established media wasn't interested in our stories. We thought of who we were as teenage girls: intrepid, full of bravado, invincible. We laughed so much more, and were in touch with that precious, incessant source of life. And then it hit us: what if we taught teenage girls how to use a camera? What if we went to them and asked them what they wanted to say? We tossed around some names for our idea, and then we hit on GlobalGirl Media. The rest, as they say is herstory...

Four years later, we have training and media programs in South Africa, Morocco, Chicago, Los Angeles, Coachella, East Oakland, and London and are continuing to expand worldwide. We have trained over 300 young women as citizen journalists and what I like to call "new media mavericks" who are producing content on everything from growing up as a lesbian in a South African township to having a baby at age thirteen in Boyle Heights.

We've had great success in our first four years, bootstrapping our talent and connections to realize award-winning work. What we learned from training these young women is that there is a definite hunger for girl-centric stories. Girls want to be subjects, rather than objects. Being able to tell one's own story and believe in one's own voice is the beginning of being able to advocate for all forms of social justice. It's simply not enough anymore to produce content, as one of our Advisory Board members, Danny Glover keeps reminding me, but "to produce content that moves your audience to action."

Our goal at GlobalGirl media is to bring hundreds of thousands of girls from under-resourced, under-reported communities together via a robust online media platform that is news, culture, games, and social media with a focus on the thinking girl. How does a young Moroccan woman craft a story on street harassment that is different than CNN? Or how would a girl from East Los Angeles report on immigration reform? The girls tackle a broad range of topics from environmental justice, sexual and reproductive rights, gun and gang violence, school drop-outs, political leadership, women entrepreneurs, LGBT rights, and more. There is no shortage of ideas or passion when a GlobalGirl news bureau is in session.

GlobalGirls have shown me courage, humor, sensitivity, and perseverance. Recently, one of them, Wendy Garcia, was being interviewed by the Hollywood Foreign Press Award when she burst into tears while talking about her immigrant mother. Wendy had grown up with three families in a one bedroom flat, and she couldn't stop crying while describing her journey. I cringed. "Oh no," I thought, "another stereotype on camera!" But then she grabbed the Canon 5D camera sitting nearby, sat up straight, and immediately gained control. "Holding the camera gives me strength. Just holding it, I know I will be OK. I know who I am and what I have to say. GlobalGirl completely changed my life."

About Amie Williams
Amie Williams is an award winning producer/director specializing in documentary film and video for television, NGO's and political campaigns. Her films, such as the feature length We Are Wisconsin, No Sweat and Uncommon Ground have won numerous awards, including Top Ten Audience Award, Hot Docs, AFI 20/20, MacArthur Foundation International Peace Grant, the International Documentary David Wolper Award, and the SONY/Streisand Award for emerging female filmmakers. Amie's work has appeared on the Discovery Channel, PBS, BBC, Current TV, Al Jazeera English and Kenya Television Nation. After graduating from Yale University, Amie lived and worked in Kenya as a teacher and health-communications consultant for the Ford Foundation and Care, International. She is the Co-founder and Executive Director of GlobalGirl Media.