The Internet! Not a kid anymore, you know? Got big, hairy muscles. Got attitude and leer. Got bizarre hang-ups, social anxiety, joy and corruption, anarchy and scars and leaky spigots galore.

It's bloated. It's invasive. It's full of filth both glorious and repulsive. It even got itself married (to giant telecoms and the FCC), and hence doesn't really give a damn what you think about it anymore, because capitalism has taken over and capitalism cares as much for you as the NRA cares about all those dead children.

The Internet! So ripe, it's now giving birth. To a swarm, a herd, a ravenous mob of unsuspecting objects and products, all of which are right now getting molested by cheap sensors, touchscreens and a bit of Wi-Fi so as to re-invade your everyday existence, whether you like it or not. So you might as well like it. Or not. 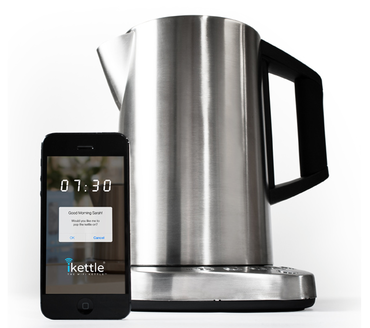 You ready? For the Internet of Things? You'd better be. Companies far and wide but mostly manufactured in China are right now racing like frantic greyhounds to Net-ify every object you can name. Coffee mugs. Razors. Windowpanes. Tires and doorbells and diapers, vibrators and lipstick and yoga mats, water bottles and blenders and flashlights, hammers and refrigerators and vanity mirrors and planters and dashboards and sunglasses and kettles and cigarettes.

Cisco Systems, makers of the various parts that connect various things to the overstuffed Web, predicts that by 2020, there will be upwards of 50 billion (with a b) people, places and items connected to Internet worldwide, of which roughly 0.007 percent will be brilliant and innovative and add something of actual value to your life. The rest will be landfill.

Try this: Look around whatever space you are in right now. Identify five simple objects you normally don't concern yourself with: file cabinet. Scissors. Picture frame. Doorknob. Leather whip. Now imagine said objects somehow interacting with and being controlled by your smart phone. Silly? Yes. Pointless? Very. The immediate future? Deal with it.

The good news/bad news is, the tech (sensors, chips, screens, app development, bandwidth) required to make it all happen has become so cheap, it's almost impossible not to push everything online, or at least onto your smartphone. 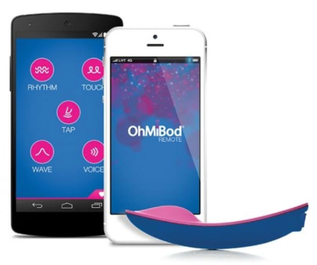 It's like high-fructose corn syrup. Insidious farm subsidies and the greedy farm lobby allow farmers to grow so much useless commodity corn, there's nothing else to do but turn it into toxic sugary goop, shove it into everything, and make you sick and fat and stupid. HFCS is a mild form of poison. The Internet is becoming like that.

Check it out. Here is a new mug, called Vessyl, because obnoxious spellings make all the cool kids swoon.

Vessyl costs $100. Soon to be $200. This is because it's loaded with sensors and a chemical database, so it can instantly identify whatever you pour into it. "This is Coca-Cola! It is toxic, disgusting swill!" it will exclaim, as if you can't read the can's own label, as if you're sort of an idiot, as if you want to help turn America in a nation of illiterate, Bible-thumping simpletons.

Here's an electric teapot, called the iKettle (wow clever). What's that you say? You can get a decent electric kettle for 40 bucks and it will last 10 years? Not the iKettle! It's got an app, sensors, skins and an interface that's all designed to fail in about, oh, two years. It's also $170. Because fuck you.

Here's a "smart" yoga mat. It has a bunch of LEDs and an "intelligent" surface and comes with, of course, its own app. It will tell you where to place your hands and will record your various movements and compliment your $150 yoga tights. Because oh just shut up.

Do you know the greatest invention you are not using right now? It's the Toto Washlet, basically an awesome, electronically controlled bidet attachment that scares most Americans, because Americans are scared of anything that the rest of the developed world adores and is absolutely right about (cough health care cough).

I received a Washlet years ago as a gift, when they first came to the U.S. market. It is completely fantastic and I cannot recommend it highly enough.

Ah, but there's a problem. One of Toto's competitors makes a $5,000 toilet that's -- you guessed it -- controlled by an Android app. Do you know who can easily mess with Android apps?...