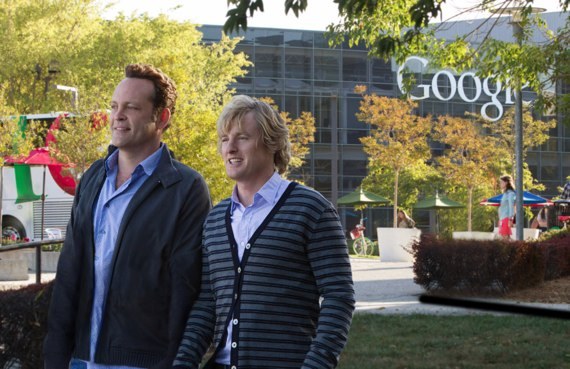 When I was a kid, you had to be careful about certain comic books. Everything would be fine until, a quarter of the way through, you'd suddenly realize you're really reading a commercial. I specifically remember visiting the dentist and miraculously discovering a pile of Spider-Man comics in the waiting room. What a cool dentist, I thought. Not only were they there, but you could take one without charges being pressed. It was a free comic book! Unfortunately, the plot of this Spider-Man comic book wound up centering on a tube of Aim toothpaste, or whatever. Even then, I knew I couldn't really complain: the comic book was free because Aim had paid for it. If I put up with reading about Aim, I could get some Spider-Man in exchange.

I mention this because I cannot believe it costs money to see the new Vince Vaughn-Owen Wilson comedy, The Internship. 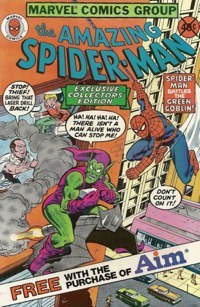 I'm not saying The Internship is a particularly bad movie. I mean, it's certainly not a good movie. It's a disposable diversion that I would not have had a strong opinion of either way, had I not just paid $16.00 to watch a two-hour Google commercial. (On Saturday night, Fox did a nationwide sneak preview screening of "The Internship.") If I had paid money out of my allowance for that Spider-Man comic book about toothpaste, I would have been pissed.

In The Internship, Billy (Vaughn) and Nick (Wilson) play two sad sacks who get laid off from their sales job and land internships at Google. Along the way, those two learn how special a company Google is. They discover that Google exists "to make people's lives just a little better" (yes, this little nugget of propaganda is spoken by a Google employee during The Internship). And they find out just how hard it is to earn a spot on Google's customer-service team, since Google hires only the best customer-service reps. All of this might be true -- according to this movie, it is! -- but I shouldn't have to pay to hear it. (I should add, this is a completely different thing than a movie like The Social Network: An unauthorized chronicle of true events, which were not always delivered in a flattering manner.)

The first time I noticed product placement in a movie was during Back to the Future, when Marty McFly tags along behind a jeep on his skateboard. The driver of the jeep is wearing a Mountain Dew cap, and I remember thinking, Wait, who wears a cap that says 'Mountain Dew' on it? Is that a thing? Maybe I want a Mountain Dew cap.. Later I was told that, most likely, Mountain Dew had paid to place that hat in the movie. 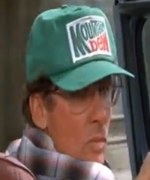 Now, I'm sure Pepsi paid to have Marty McFly order a Pepsi Free at the diner in 1955, but this didn't stand out because (a) it made for a good punchline -- "If you want a Pepsi, pal, you're gonna pay for it" -- and (b) Pepsi Free is a beverage a human being might actually have ordered in 1985, where Marty is from. If it's seamless, product placement does not bother me at all. Having a character drink a Pepsi is less jarring to me than having a character drink from a white can that reads "cola." And even the rampant product-placements in Iron Man 3 didn't bother me because they were threaded into the story in short intervals. It wasn't as if the plot had Stark Industries purchase Fios because "no company is better than Fios." (I do fear that this may wind up being the plot of Iron Man 4, or Iron Man 4ios. Never mind, forget I wrote that.)

I usually don't care how a movie does at the box office. And I'm certainly not rooting for The Internship to fail, if only because there are many, many people who work on these movies and do their best. I also have no doubt that both Vaughn and Wilson gave it their all and that Shawn Levy made every effort to direct the finest movie he could. But I do worry that if a movie like The Internship is successful, we will see corporate influence on movies rise to a whole new level.

If I pay for a movie, it shouldn't be a two-hour piece of propaganda for a corporation, no matter how "neat" that corporation may be. So believe me when I say that this is the last time I'm paying to learn what product Spider-Man uses to fight tooth decay.