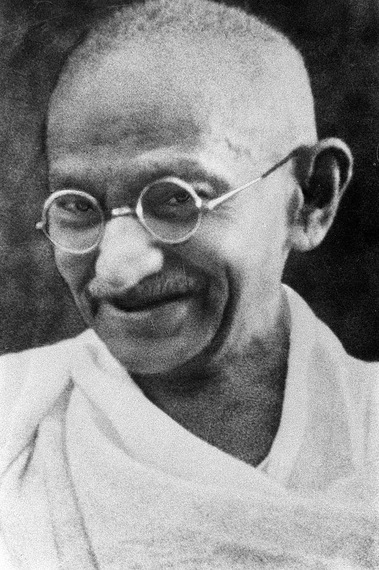 Seth Rogen and Evan Goldberg should turn their talents to taking aim at the good guys like like Ai Weiwei or even Michael Moore, just to demonstrate to Kim Jong-un what democracy is all about. Can you imagine a scene where Michael Moore is captured coming upon some injustice in the automotive industry (Roger and Me) and gleefully commenting to his producer how the expose is going to fatten his wallet? Imagine Ai Weiwei provoking cops and then getting all the girls. Imagine an orgy in his Beijing studio with posters of his famous Fuck Off exhibit plastered across the walls. There are so many historic figures who would be ripe for parody from Gandhi, who was supposed to have tested his ability to control his desires, by sleeping next to naked young girls, ("Thrill of the chaste: The truth about Gandhi's sex life," The Independent, 4/7/10). Show him failing the test. And what about Mother Teresa, Martin Luther King and the Buddha? Turns out Buddha mind is dirty and that all along the Buddha has been undressing adherents in his head. In piece entitled "The Zen Predator of the Upper East Side," (The Atlantic, 12/14), Mark Oppenheimer showed how life can easily mirror art in this very respect. What happens when good guys who don't do things like hiring hackers to shut down major industries in their adversary's countries, get pissed? On a micro level take a look at the countroversy which occurred many years ago when the a writer for Lingua Franca actually pulled one on the editor of the more edgy Social Text, in the form of producing a nonsense paper that got accepted for publication. One would suppose that the deconstructionist crowd at Social Text didn't like being the laughing stock. However, there were no death threats and no bookstores refused to carry the magazines. If anything the controversy probably drove up sales for two otherwise moribund publications one of which (Lingua Franca) no longer even exists.