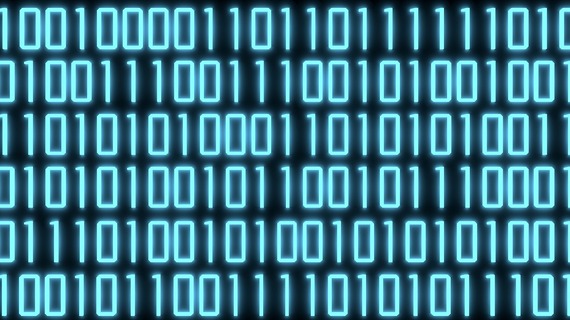 A Russian computer programmer whom Armenia had detained briefly at America's request is back in Moscow in a case that cast a spotlight on U.S. efforts to arrest other countries' nationals overseas and Armenia's compliant relationship with Russia.

The programmer, Sergei Mironov, wasn't released until some theatrics on Armenia's part, however.

It made a show of giving consideration to handing Mironov over to the Americans before it did what all Armenians knew it would: Give him back to Russia instead.

The decision came from a court that rejected the United States' request to extradite Mironov, who was arrested on August 28.

The United States alleges that Mironov, who works for the Moscow-based high-tech company Synesis, illegally sold military-applications technology to another country. Mironov denied that.

America sought his arrest because Synesis has a U.S. presence -- in North Carolina.

The United States has declined to specify the country that bought the technology. Presumably it was a U.S. enemy.

American officials also want to charge Mironov with money laundering. This suggests they think he used illegal means to hide proceeds from the tech sale.

The amount the United States accuses Mironov of laundering is a pittance as these cases go: $50,000. The money laundering cases that Western prosecutors usually pursue range from millions of dollars to the hundreds of millions.

Synesis is one of a couple of dozen companies around the world that has developed video-analytics technology.

The systems alert clients who use video surveillance to patterns on the video indicating the presence of an intruder.

Until the technology came along, humans would have to monitor video surveillance 24/7 for signs of intruders.

Those who have developed the technology say its spots patterns -- such as changes in shadows that indicate an intruder -- better than humans do.

The potential market for the technology is enormous, starting with governments and companies. Militaries, in particular, are salivating over it because it will give them a greater ability to spot, and ward off, sneak attacks.

Here's the dilemma that Armenia faced when Mironov and his wife Yuliya flew in to Armenia's capital, Yerevan, for a vacation:

The United States, which has given Armenia a lot of foreign aid, demanded that the Russian be handed over.

Russia, which has a huge economic and military presence in Armenia, said no way.

Russia snarls every time the United States arrests Russian citizens in other countries for crimes against America. And it refuses to extradite any of its citizens, no matter how heinous the overseas crimes they are accused of committing.

An example of the snarling occurred when Thailand arrested the Merchant of Death, Russia's notorious international arms dealer Viktor Bout. The Thais turned him over to the United States, where he was convicted of breaking a number of American laws and is now serving a long prison sentence.

It's one thing for a country that is not a Russian ally to turn over a Russian citizen to the United States, however -- and quite another for a virtual Russian colony like Armenia to do so.

So Armenia engaged in a tap dance, arresting Mironov as the Americans requested, but letting a member of its judiciary -- which is supposed to be independent -- decide whether to hand him over to the FBI for good.

It was no surprise when the judge let Mironov go three days into his detention. Armenian judges have a history of doing what the country's officials expect.

Even though the Mironov's release was the outcome that Moscow wanted, Russian big shots growled about Armenia's decision to arrest him in the first place.

News of the detention outraged Russians, he said -- and that blowback led to Armenia realizing it had gone too far.

A Russian defense official charged that the United States had demanded Mironov's handover with the deliberate intent of driving a wedge between Armenia and Russia.

The case was also "about the U.S. attempt to have the whole world bow down to its jurisdiction," said the official, Franz Klintsevich, the first deputy chairman of Russia's Council on Defense and Security.

Meanwhile, Mironov played dumb, saying he had no idea why he had been arrested.

He noted that he had had no access to military technology and that he had been to the United States only once -- in 2013.

His contention that he had no access to military technology was disingenuous. It's obvious that video-analytics technology has important military as well as civilian applications.

Although Mironov was never in danger of having Armenia extradite him to the United States, it's a good bet that he's already decided to take his vacations in the former Soviet Union from now on.

If he ventures into a country outside the Commonwealth of Independent States, he may find himself on a free flight to Washington with FBI agents as his conversation mates.