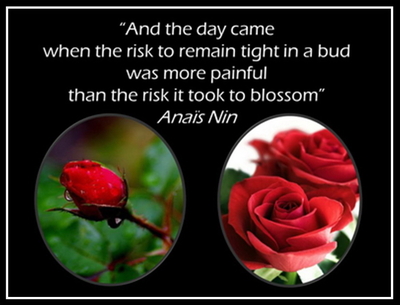 When treating trauma victims (and trauma survivors), I conceptualize trauma as a metaphorical invisible wound that is shamefully hidden from others. Many trauma victims hold onto the irrational belief that, by telling someone their story, they would be taking an indefensible risk which could have irreversible and lasting consequences. They are also terrified of the consequences of exposing the perpetrator because of real or imagined judgment, rejection from loved ones and the consequent loss of important loving and supportive relationships -- social and familial isolation.

They avoid sharing their trauma with others, including a psychotherapist, because they believe: "I am permanently broken," "I will be blamed," "I must have deserved it," "No one will believe me," "People will be mad at me," and "No one loves a broken person." The most prevalent thought that motivates the burying of the trauma wound is, "It will get worse by telling someone," "The perpetrator will hurt me again or someone I love," and "The perpetrator is more believable than me."

These unfortunate victims consequently commit their trauma wounds to oblivion. They both consciously and unconsciously decide to permanently and deeply bury what happened to them and never utter a word about it again -- to others and even to themselves. Similar to a person with a real physical wound who avoids medical treatment, they hide it from others in hopes that it will heal by itself and the pain will eventually go away. But it doesn't.

Sadly, some of these trauma victims spend the rest of their lives unaware of their festering, debilitating and painful wounds. The suffering they do allows them to connect to the result of the core wound, not the trauma itself. In other words, it is less threatening and easier to attend to the palatable consequences of the invisible wound than the source itself. And, if by accident a mere memory fragment should come to mind, the person will run further from it, cover it with another layer of denial, or just preoccupy themselves with a dysfunctional partner and/or seek to further self-medicate or numb it away.

Unfortunately, the longer the trauma wound is left untreated, the worse it actually gets. Repressed (unconscious) trauma might seem gone, but it actually gets worse over time. No thanks to shame, it grows and morphs into a more destructive force, attracting more and more shame like a strong magnet does to paper clips. Accumulated shame always becomes toxic, which consequently requires our conscious and unconscious mind to spend more energy in denying, forgetting or forcefully not thinking about what had happened to us. This process adds even more layers of shame.

With each passing year, the buried trauma wound is covered by successive layers of "sediment" which, because of the forces that push down on our life, becomes a harder rock-like boundary "protecting" the trauma memory. Because of the powerful natural psychological forces of compaction, the original trauma eventually converts into a "fossilized memory" or "trauma fossil" that has become completely inaccessible to memory.

With meticulous care, and help from a mental health professional, we can carefully and cautiously dig, hammer and chip our way down to the original layer of sediment where the trauma fossil has been ensconced in rock. Such "paleotherapy" work is not for the faint of heart and requires courage, focus and persistent but gentle efforts to crack through rock-hard layers of forgotten time while, at the same time, not damaging the fragile nature of our former wounded selves - the trauma fossil.

And only when all of the traumatized parts of our former selves are unearthed, carefully sorted through, and put back together, are we finally able to understand what happened to us so long ago. The reconstruction of our trauma story paves the way for both an emotional and intellectual understanding of how we almost became psychologically extinct. Although "paleotherapy" may be a frightening endeavor, it is, perhaps, the only way to courageously heal our trauma wound at its source -- and relieve a lifetime of suffering.

This takes a great deal of courage and vulnerability. George Eliot's advice has never been more important to believe in than now: "It's Never Too Late To Be What You Might Have Been." We just have to fight for what we should have been if we were not traumatized as we were. Commit this to memory: "The antidote to trauma is self-love." Trauma recovery creates self-love. The battle to heal and overcome our trauma is well worth it. I guarantee it.

For a powerful discussion (video) on courage and vulnerability, I highly suggest viewing Brené Brown's video, "The Power of Vulnerability."