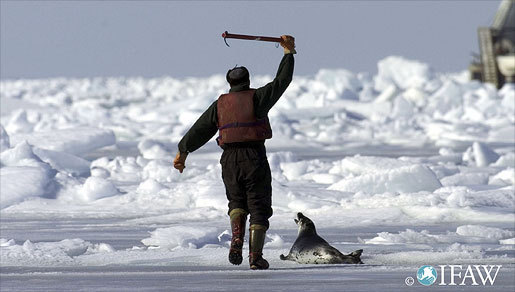 Political power, Chairman Mao once opined, flows out of the barrel of a gun.

What you see on TV news, what you see in online video, what dominates social media "trends" is what actually educates people as to what is happening in the world. It is what sets the agenda for political discourse and discussion.

Guns may shoot bullets, but what really bends minds is video, as organizations such as ISIS have unfortunately clearly demonstrated.

The average American now spends a breath-taking 8.5 hours a day staring at screens. Television screens, smart phone screens, tablet screens, computer screens. And those screens are increasingly dominated by video. Cisco has projected that by 2019, fully 80 percent of all Internet traffic will be video. Video is the lingua franca of our era, and clearly of the future.

Video also tends to transcend both language and cultural barriers. Everyone understand video, no matter what language it is in. It has an impact. We are conditioned to watch it. It naturally draws our attention.

When we were starting CurrentTV, Al Gore explained to me that the attraction to video was deep in our DNA. When we were living in the savannah of Africa, he said, we were instinctively drawn to any flash of light. It could mean food or it could mean danger, but it definitely meant "pay attention to this!" The power of that "flashing light" is still deep within us. We find the medium irresistible.

For most of the history of television and video, creating that content was hard to do. Massive investment was required to build organizations like The BBC or NBC or CNN. It was very expensive to send a crew to report on a story. The reporter, the camera person, the producer, the fixer, the cars, the airfare, the hotels. The further away the story, the more expensive it was to send the crew.

So, more often than not, most stories are simply not covered. They are too far away, too expensive, too complicated. And how much can you really squeeze into 22 minutes a night?

Most organizations or people with a story to tell were thus at the mercy of the assignment desk and the budgets of CBS or ABC or CNN. A small handful of people decided what the world would get to see.

This has ramifications far beyond just what stories get covered and what don't. The decision to cover, the decision to send a crew and for what story also creates a kind of global footprint, an image of the region covered. For example, think Bangladesh. What image comes to your mind? Flood? Starvation? Disaster? Probably. Probably because those are the only stories, and they better be real disasters, that would compel a BBC to send a crew all the way to Bangladesh.

What kind of impact do you think this has on tourism to Bangladesh or the worldwide investment community?

The image above is from IFAW, the International Fund for Animal Welfare. They have great stories to tell from all over the world. But how often do you think CBS News is going to dispatch a crew to the Arctic, for example, to cover them?

It's an important break-through, driven by a new technology.

The video that an iPhone shoots is good. Very good. The editing software is simple to learn, simple to use. And you can upload the final cut to an online audience of 3 billion people for free -- or ship it out to CNN.

Working in partnership with The Guardian newspaper in the UK, perhaps the best newspaper in the world, we have been training organizations like IFAW, UNHCR, and even the DWP, the Department of Works and Pensions in the UK -- and many many others.

Political power no longer really flows from the barrel of a gun. Today, it flows from a video screen. Fortunately, you have one of the world's most powerful weapons in your pocket already. All you need to do is learn how to shoot (and edit).

You can start here.