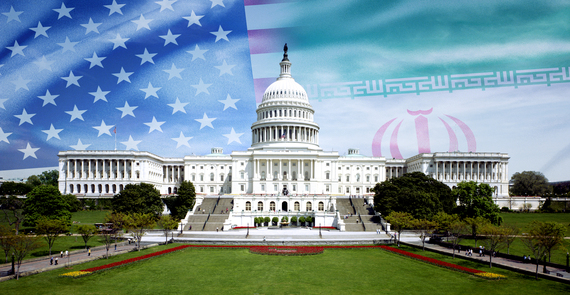 On July 14, 2015, the International Delegation comprised of the United States, the United Kingdom, Germany, France, Russia, China, and the European Union, reached a comprehensive agreement with Iran on the future of its nuclear program. Almost immediately after the deal was announced voices from all sides began to pronounce the defects and benefits of this fledgling agreement. All the pros and cons have likely been expressed and so this article isn't about the agreement, rather it's about the position of the United States as a leader in the 21st Century.

There are three generally accepted modes of leadership:

1. Leadership through the use of power (this is actually not leadership but force). Think of dictators that hold their position only through fear and intimidation. Their people typically suffer and do not have an opportunity to grow to their full potential. There are examples of this kind of leadership throughout the world in all levels of government, industry, and even interpersonal relationships among individuals.

2. Leadership based on an individual transaction (this is managerial leadership). Think of an agreement among nations or people that a common goal is worthy of their joint efforts and collective energies. In this situation the leader gathers a consensus and leads the people towards that goal. The people gain some benefit from the transaction, but once the goal is reached the momentum towards growth will slow and possibly begin to erode. A good example of this is the First Gulf War in which the U.S. and its allies liberated Kuwait but didn't take steps to truly affect a positive change within the region.

3. Leadership based on transformation. Think of a comprehensive approach to the development of those being led. The leader sets a vision for the future that encompasses more than just an individual goal and which ultimately leads to growth for those being led as well as the leader. Typical examples of Transformational Leadership include Martin Luther King, Jr. and his quest for civil rights, Gandhi and his struggle for Indian independence, and almost every other great thinker you can conjure up in your mind.

It is this third type of leadership that this article is concerned with. More specifically, it's the potential of the United States to step up as a Transformational Leader in a world that is much healthier and happier than the media would have us believe, but that still suffers from its own challenges.

When President Obama opened the door to a détente with Iran he demonstrated to the world he understood that though the U.S. is the supreme military power on the planet, and that its vast wealth enables it to create transactions which benefit some, that it can also be the standard bearer showing the path forward. Many have characterized the deal with Iran as an imperfect deal, but a good deal, nonetheless. Those who stand at odds with this opportunity cry out for further isolation and increased punishment. They rattle the sabers of power and warn against all that there is to fear in the darkness of the future -- they are fixated on the status quo.

Human beings created more information in the first 15 years of this century than in all the rest of human history. In a system like the one we live in now, the status quo is hard to define and even harder to maintain. Access to this greater pool of information means that people are less likely to be satisfied with "good enough," and that they will instead search for those things that allow them to reach the fullness of their personal potential. Systems based on Power and Transactions are by definition incapable of providing the opportunity for a self-actualized human being living to their full potential.

President Obama has opened the door to dialogue with two nations -- Cuba and Iran -- that Americans have long considered to be enemies. He did this despite the resistance of powerful counter-forces and for that he should be applauded. Whatever you may believe the motivating force behind the president's willingness to end decades of tension with these two nations, the fact remains that the people of Cuba, Iran and the United States can, and will, benefit from increased interaction.

The greatest fears are those of the unknown. On July 14, 2015, the International Delegation opened the door so that the peoples of world may come to face the unknown, recognize it, and forever dispel their fears.

As it stands now the greatest obstacle in the United States to the successful implementation of this deal resides in the United States Congress, which is itself under massive pressure from all sides to influence the final outcome of this deal. To lend your support to a positive outcome for the deal please take a moment to sign this petition and let your local Senators and Representatives know that you prefer dialogue and engagement to isolation and punishment.

Entrepreneur, Author, Photographer, World Traveler. You can view my photos on Instagram at Rezanate.