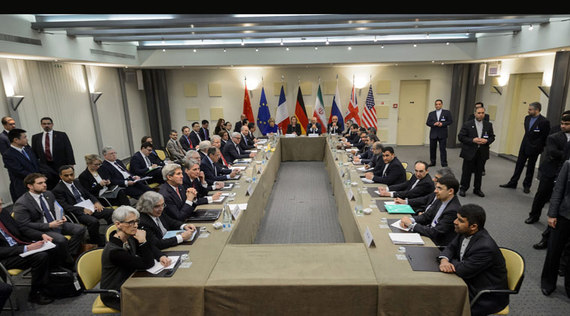 The nations of the world meet to negotiate the Iran nuclear agreement (credit: Indianexpress.com)

The Iran Nuclear Agreement is so unprecedented in major universal ways that playing politics with rejecting it reduces this universal deal to the level of petty local politics. Consider the nations and the brains that negotiated on it and show some intellectual honesty, humility, and respect.

Whether one looks at it from planetary interests, from US interests, or from our friend Israel's interests, one cannot in good conscience call this deal a bad one, a dangerous one, or even a so-so one.

As long as Iran is kept from developing a nuclear weapon, the power for peace prevails.

The American chest-beating and foot-stomping politics of ignorantly and immaturely accusing the president of being "weak" because he is not insulting, threatening, being a warmonger, or unilaterally sending American children to go die in unnecessary and unneeded wars is dépassé and rejected by the majority of this generation of Americans. The American people got tired of being lied to and being bamboozled with scary and doomsday outcomes unless we invade and go to war against second and third-class armies and nations. Barack Obama won the presidency on the power of his foresight and wisdom in opposing Dick Cheney's Iraq war. Acting wisely and using judiciously the immense and unmatched power of the United States armed forces, Obama has never backed down from a measured use of US forces in going after America's enemies as he has been decapitating the multiple heads of Islamic extremists' octopus. He showed guts in getting Osama ben Laden, America's enemy number one, at the time, by doing exactly what he promised to do, going into a sovereign nation without fear and without asking permission, something his opponents, democrats and republicans, had criticized and berated him for, and something his predecessors did not succeed in doing. We all remember how Americans reacted that night when it happened.

President Obama not only restored America's leadership and respect throughout the world, but, most importantly, he was able to bring together the ENTIRE world in imposing the most biting sanctions against Iran which made Iranian people vote for a government that would embrace the modern world, and these sanctions convinced the mullahs that their people cannot be satisfied with mere bombastic verbal threats against America, against Israel, and against the free world on this global and interdependent planet. Thus, Iran decided that it was wise to negotiate and, in the end, Iran agreed to a deal that is also unprecedented in ensuring that Iran does not get a nuclear weapon for 15 years and beyond.

All the powers of the earth were brought together by President Obama and all, including nations that are Iran's historical supporters and partners such as China and Russia, not only joined in the negotiations, but they all approved this nuclear deal. This is why the petty local politicking of opposing it in light of the world's experts who negotiated it is so pretentious and "high-schoolish".

While some politicians and the extremists bombastically criticize and oppose this deal, the people of the world who want peace support it.

The New York Times, on 8/13/2015, ran an article by Rick Gladstone titled "Reporter for Jewish Paper Finds no Anti-Israel Plot in Iran". In this article, the Jewish reporter who visited Iran, writes of "9000 to 20,000" members of Iran's Jewish community (in Iran? who knew?) who are "basically well protected second-class citizens - a broadly prosperous, largely middle-class community whose members have no hesitation about walking down the streets of Teheran wearing yarmulkes." As to what Larry Cohler-Esses, the reporter, found out about the Iranians' feelings toward Israel, Rick Gladstone writes that "The first journalist from an American Jewish pro-Israel publication to be given an Iranian visa since 1979 reported Wednesday that he had found little evidence to suggest that Iran wanted to destroy Israel, as widely asserted by the critics of the Iranian nuclear agreement."

"Ordinary Iranians with whom I spoke have no interest at all in attacking Israel... Their concern is with their own sense of isolation and economic struggle." As for the Iranian view of the state of Israel, "No one had anything warm to say about the Jewish state... But, pressed as to whether it was Israel's policies or its very existence to which they objected, several were adamant: It's Israel's policies." The reporter "emphasized that there was no freedom of the press in Iran", but, "freedom of the tongue has been set loose." 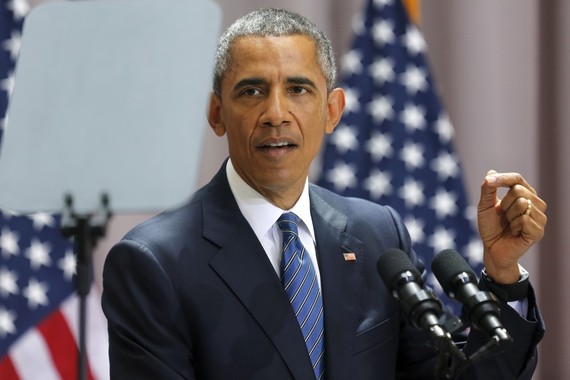 In the US, American people who care about peace and about Israel, understand the details of the deal that President Obama presented at Washington University, and they agree with and trust that their president who, according to Israel officials themselves, has done more for the security of Israel than any American president before him, made sure that this agreement is the best not only for America and Israel, but also for peace in the world, which even the Iranians people need if they are going to get out of sanctions and join the global world. 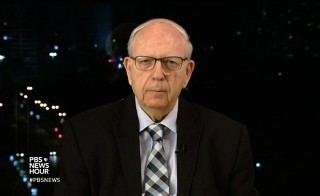 While in America, millions are being spent to influence public opinion and the US Congress, we learned from the former head of Israel's Mossad, Mr. Efraim Halevy that, as of August 21, 2015, there has been

• "No real public debate in Israel on this (nuclear agreement with Iran)".
• "The Knesset - the equivalent of US congress in Israel - has not discussed it even once".
• "There is an attempt here (in Israel) to stifle public discussion"...

Mr. Efraim Halevy's interview on PBS must be required viewing for our entire US Congress and for ALL.

The need to know and to understand what is being rejected or agreed to in their name is power for people.

There are things that the president cannot publicly say about America's and Israel's capacity to monitor and, if necessary, to attack and destroy any site, in Iran or anywhere else, if it would pose a threat to America's or Israel's security. Iran knows it, the world knows it. Do our American politicians know it, too?

Is there anyone who is uninformed on the fact that, in the Middle East, power for power, there is NO nation that equals Israel in military might or that America has got Israel's back 100% anytime and anyhow?

In an op-ed titled "Mr. Obama, try these arguments," Nicholas Kristof concludes that "Gen. Brent Scowcroft, the patriarch of Republican security experts, tells me that he supports the Iran deal in part because it exemplifies American leadership on a crucial global issue."