Like so many, I am mourning the loss of actress, comedian and writer, Anne Meara. Partnered in every sense of the word with Jerry Stiller (whose autobiography is called Married to Laughter: A Love Story Featuring Anne Meara), her husband of 61 years, she brought smiles to all of us, but there was so much more to her career than many of us appreciated. She and Jerry also generously gifted the world with their chip-off-the-old-block children, Amy and Ben Stiller.

Scanning the countless comments on her passing, one can't help but notice the number of Irish Americans who felt compelled to share their grief. That's because she's familiar to us. So many of us were raised by tall, whip-smart, no-nonsense (but soft inside), Irish American moms that Anne Meara always felt like home.

Her own Irish Catholic upbringing -- steeped in a world of parochial schools, Knights of Columbus, and priestly relatives -- was unkind to her (for insight and a taste of her writing talent, read Old Nuns), but it undoubtedly shaped her. And so, as a modest tribute, I'd like to share some bits and pieces of her family history. 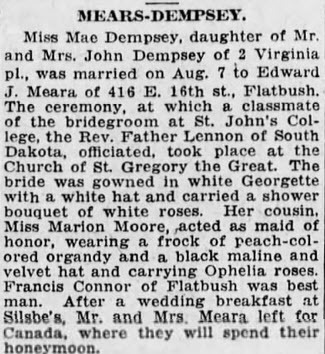 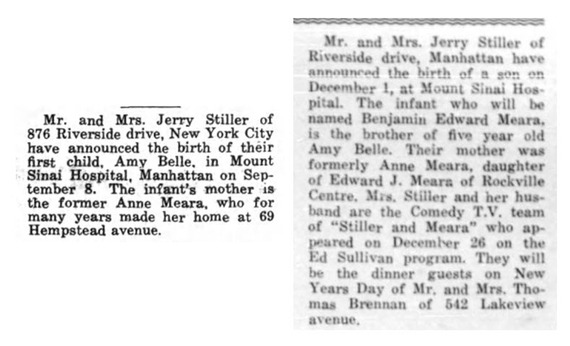