Two of the most delightful films I saw at the Istanbul Film Festival this past week took place in Rio. One, a documentary called Wasteland by British director Lucy Walker, follows Brazilian artist Vic Muniz as he inspires waste-pickers (catadores) in a garbage dump to use their trash-picking skills to create art, the camera zooming down as the pickers arrange banana peels, rusted cans, plastic toys, shoes, tv set antennas, etc. to fill in Muniz' enormous portraits, sketched on the ground, of these very same "catadores": garbage art which the famous artist will later photograph and sell in a British auction. The film intrigues immediately, as we hear the trash-pickers explain their enthusiasm for their dump-heap work ("we are helping the recycling movement!") as well as share their musings on what they learn from rubbish. "Hey that's middle-class bourgeois trash," one says, picking up a computer disc from the heap. 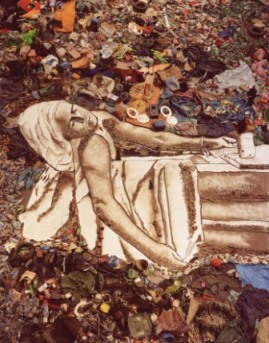 Advertised as a crowd-pleaser, Wasteland is exactly that (and lovely none-the-less), as we cheer for Muniz's generous intentions to bring art to these poor people's lives, so as to give them a new perspective, he says. This project does change people's lives. Not only does one garbage portrait sell for 28,000 pounds -- money Muniz gives to the subject himself -- but throughout the film, the director's vignettes about the individual waste-pickers shows how the creative experience -- and the group spirit created by Muniz' leadership -- gives the new-found artists the self-esteem ("see, I am not just a mule!") to make decisive changes to improve their favella lives. It is also touching to hear these waste-pickers comment on what "art" is ("I must feel something inside") as they wander through a Rio museum exhibit of their work, all dressed elegantly in middle class fashionable clothes -- one elderly poor woman noting she never imagined entering a museum in her lifetime.

The other Rio movie, self-advertised as a raucous sex comedy, was the appropriately titled Rio Sex Comedy by French director Jonathan Nossiter. Telling the over-the-top absurd story of a couple of French anthropologists who come to Rio to investigate the plight of maids, an American ambassador who escapes his assignment by hiding in a slum, a plastic surgeon (Charlotte Rampling) who refuses to do plastic surgery, and an Amazonian tribe that helps out Rio's tourism industry by playing savage in the city, the film is full of joie-de-vivre shenanigans. However, it is only the first third of the film that works. In the opening scenes, the comedy is underscored with sharp dark elements, witty references to what are provocative issues in Brazilian culture: the extreme class divide ("let's have Christo wrap the favella in plastic!") and the enormous popularity of plastic surgery for body-conscious sun-bathing Brazilian ladies. Yet, the sharpness soon gives in to mere foolish fun, and from a potentially deep comedy, the story simply becomes a roller coaster of silly affairs, as all the characters exchange lovers (including a couple black maids with a couple white upper class dudes), but for what point is not clear. 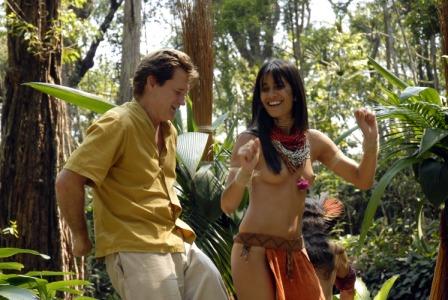 The Turkish Film Festival offers a fine balance between showcasing foreign movies (such as the above two) as well as native Turkish movies, which I learn is a strong industry, with over fifty percent of the movies watched by Turks coming from their own artists. At a previous festival, I had the pleasure of viewing four of the Turkish films in competition, each memorably powerful, from My Only Sunshine to Pandora's Box. This time (for time-constraints) I chose to see just one, Kerem Topuz' The Movie, which was alternately fresh and dynamic, and collegiately offensive. The story of a loser outsider -- too short, too weird, too creatively boisterous (played in Cassavetes verve, by the talented Ozgur Emre Yildirim), the film can be termed the revenge of the lonely rejected male. Needing female attention, the lead character Izzet kidnaps a sexy woman at an exclusive bar (after he kills someone), and imprisons her to his couch, forcing her to listen to his monologue of loneliness while his friend, an aspiring movie director, films the crisis. The crazed Izzet pants his need for love (why can't I be loved too?) as the woman cries pathetically on the couch, and for the next hour, the tension is sustained by constant threats of violence (and just as many acts of violence: slapping, pushing, and finally shooting).

The audience -- mostly native Istanbul denizens -- laughed throughout this tragic-comic story, and gave it thunderous applause. Luckily, I saw this film with a Turkish graduate student, who was as baffled as I by the response. "Don't they realize they are laughing at this poor, alienated creature?" said Derya. My own concern was with the retrograde use of a beaten woman (with many shots on her torn net-stockings) to create a spectacle. The woman's sobbing throughout the film was hysterical and shrill, and people laughed and cheered when she would be slapped to shut up. The director, asked to justify this misogyny, explained that since we live in a misogynous world, by showing it, he is criticizing it.

I missed the Turkish film that won the National Competition, Sac (Hair), which, in contrast, seems up to par with the extraordinary Turkish films I had seen two years ago. The story of a lonely dying wig-shop owner with cancer who falls in love with a woman as he cuts her hair, the film focuses, according to the director, on "the passion stemming from the hair we wear, show, adorn or hide." The simplicity of the storyline -- and the emphasis on loneliness and expression among two simple people -- is alluring.

Among the 12 films in the International Competition, along with Rio Sex Comedy, another stood out as original in conception: Elisa K, the story of a raped child, with a spotlight on the aftermath of trauma. Having myself once had a 15-year-old girl as a student, who had been raped (repeatedly) by an uncle and older brother, and seen firsthand the devastating comatose effect of sexual abuse (the girl sat expressionless in the back of the classroom, retreated into herself, staring at her hands), I appreciated a film which portrayed a nine-year-old girl turning into a zombie for the rest of her adolescent years, following one afternoon of sexual abuse. The director does a great job showing the girl's alienation, through black-and-white close-ups of her deadened face, and then a literally spectacular scene where the girl, now twenty, remembers the rape scene, and violently destroys a mirrored image of herself. Here the director shows us, without words, that the girl has internalized the abuse as self-hatred. 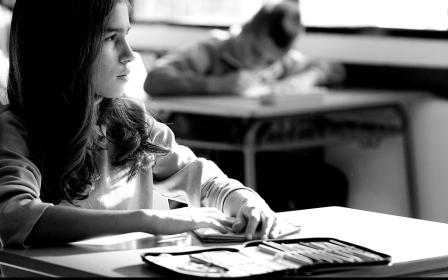 However, the director should have stopped there and let the images speak for themselves. Instead, like an after-school special, she overstates didactically the point of the film by having the girl verbalize her feelings to her roommate and mother, who nod sympathetically. The film ends on a flat note, as the girl also tells her estranged father in a café what has happened to her and he cries in guilt, fitting a girl's fantasy of an ideally contrite father so perfectly it is annoyingly unbelievable. The same father who abandoned his entire family shortly after the rape has the strength of character to feel contrition? The film gives a pretty knot to the rape story, bringing in the parents' concern, letting the girl's confession now elicit the tender empathy of all around her. This is not, unfortunately, what I have seen with victims of abuse, who may suffer even more social ostracism after imparting their story.

I did not see the film that actually won the International Competition of the festival -- the Egyptian film Microphone by Ahmad Abdalla -- but I did run into two Turkish journalists on route to the airport, who exclaimed breathlessly about how good this film was. Why? I asked. Because it is shot entirely with a Canon 7D photographic camera. Story aside (it's about a young man wandering about Alexandria, discovering the music scene), the film, the journalists explained to me, is fascinating as a chance to see new exciting developments in photo technology. 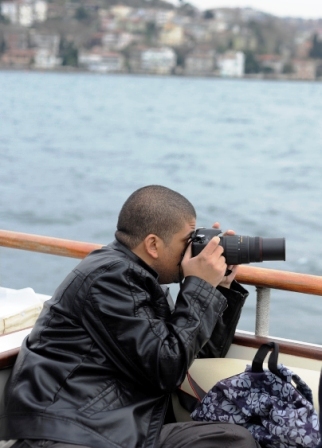