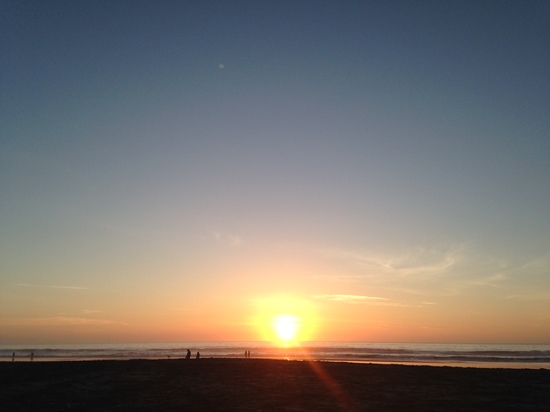 Death can happen at any time. If you were on a plane that was about to crash and had no hope of surviving, what would your last thoughts be? Besides getting into a safer position in your seat, would you remember your family, your life, or the possibility of an afterlife?

The art of living well is prescribed by almost all religions, but Jainism goes a step further. Jainism teaches the art of dying well. The Buddhist monk Bhikkhu Jagdish Kashyap once said, "I have learnt many things from Buddhism, but I have to learn the art of dying peacefully from Jainism." The same ideas were expressed by the Gandhian thinker, Vinoba Bhave, who actually chose to die the Jain way.

In Jainism, the spiritual ritual of dying is known as sallekhana. In old age or a terminal illness, a person practicing sallekhana gradually withdraws from food, medicine, and any other attachments in a manner that does not disrupt inner peace and dispassionate mindfulness. Prayers and scriptures then prepare the person for their passing.

Such a practice is controversial in the West because of discomfort with the decision to control a person's own death. In some Judeo-Christian traditions, choosing to die is considered a sin. This taboo practice is common among Jain nuns and monks, though, and some lay people have followed it, as well.

Jains believe that the soul is a living entity and the body is not. Death marks the transition of this soul from the current body to another, which is reincarnation. Because of this move from one body to the next, Jainism asks that death be embraced rather than feared. It must be considered in a manner similar to changing clothes or moving into a new house.

Dissimilar to suicide, which is often a result of a passionate reaction to something, a person undertaking sallekhana is calm, dispassionate, and aware. Such a person is not eager to meet death but is willing to face it with grace and self-control.

Among Jains, preparing for death starts early and is thought about frequently. One Jain prayer says, "I came in this world alone and will leave alone. That is the nature of human life; even kings and ministers and most powerful people will die one day." This is stated in many religions in one way or another. In the Christian Bible, for example, it says: "All go to the same place; all come from the dust, and all to the dust must return" (Ecclesiastes 3:20).

Another reflection in Jain texts reads:

"I love my family, friends, and this wonderful life. Now it is time for me to detach myself from them and my possessions. Having a human life was a great opportunity. I will strive to take birth as a human again and continue my spiritual growth. I must give up my negative passions of jealousy, anger, greed, ego, and deceit."

Every day, Jains say "Micchami dukkadam" to all living beings they come across. This phrase means: "May all living being forgive me for any harm I may have done to them, intentionally or unintentionally." These are also some of the last words a Jain will say when on their deathbed.

Before the advent of modern science, the time and cause of death were often unknown. Advances in medicine now give a terminally ill person the opportunity to predict when death is approaching, narrowing it down to months, weeks, days, or even hours.

When this "window of death" is clear, we can practice sallekhana in order to transition to the next life in a spiritual and peaceful way. The first step is to become free from attachments -- more specifically, to renounce all attachment to family, home, and possessions.

At this point, the person vows deeper practice of the three principles of Jainism: non-violence, non-absolutism, and non-possessiveness. They pray for forgiveness for any violence committed in this life.

The second and final step is, with the support of family, a doctor, and a spiritual guide, to give up food gradually and become immersed in prayers and hymns. The dying person asks family to join them in prayer and to avoid any emotional outbursts that may make it difficult to let go.

As humans, we will all face death one day. As a Jain, I know how I will take that journey when the time comes. Each tradition has its own way of preparing for death, and it's important to considering it during your life. In fact, considering how you will prepare for death before it arrives often gives you more appreciation for being alive.

Yogendra Jain is a technologist, a serial entrepreneur, and a passionate practitioner and promoter of the Jain way of life. He started his career at MIT Lincoln Labs and Texas Instruments before founding and operating several successful companies.