The nuclear crisis, the devastating earthquake and tsunami of March 2011 have revived the emergency and ephemeral architecture in northeastern Japan during the last two years. From my experience as an architect in the reconstruction of Tohoku and as a member of the architecture office of SANAA in Tokyo, I have witnessed the precarious conditions and needs of the Japanese society in northern Japan since March 2011.

Two years after the disaster, the short-term reconstruction has started thanks to the help of charity organizations like RCF, HOPE or Architecture Global Aid, and to Japanese architecture offices and large business corporations such as Nikken Sekkei. All of them have joined their forces to the ones of the government to restore the calm and tranquility of the survivors in the area.

However, as head of Tohoku reconstruction Mikio Yamaguchi explains, the situation is complex because the people of northern Japan, known for their toughness and strong character, do not find it easy to interact with the central government. In most cases, there are no popular leaders who can clearly communicate their needs to the politicians in Tokyo.

There are exceptional cases, such as the small town of Kerobe, says Yamaguchi, in which there was already an entrusted leader: Tatsushi Shimomura. This fisherman was able to react immediately after the tsunami, gathering the people of Kerobe and establishing a dialogue with the government to respond to their needs. Today, Kerobe is nearly rebuilt, and its inhabitants have established the geographic line that delimits the area under which it is not permitted to build.

In this situation, architects such as Toyo Ito, have become very popular in the area because they were able to sit down and talk with fishermen to discuss hope and ideas for the future. The architect has become a liaison between society and government, and serves as a leader of the people in a situation not seen since the rebuilding of Tokyo after the Second World War in 1945 or the Great Kanto Earthquake in 1923.

Architects like Yoshiharu Tsukamoto, Kumiko Inui, Sou Fujimoto, SANAA, Riken Yamamoto, Akihisa Hirata and Ippei Takahashi, have also clearly represented the figure of the architect in the service of society.

Gone are the utopias of mega cities and urban theoretical approaches from the Kurokawa generation, a movement of the 60's in Japan. Today, the architect faces demands as real and vital as cooperation and dialogue and many young architects have thrown themselves to the help the north of Japan, feeling the time is "now or never!" 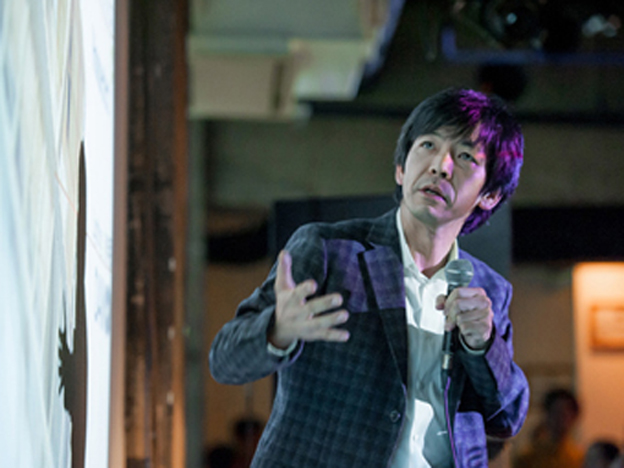 In a meeting at the assembly space for development cooperation of Tohoku, the vice mayor of the town of Iwate, Yoshikazu Shimada, commented, that the northern Japanese society is facing a situation of hopelessness because of the aging population and the diaspora of young people to the cities.

In the case of Iwate, Miyagi and Fukushima, where the Great East Earthquake, tsunami, and nuclear crisis have claimed the lives of 18,000 people and left 70,000 displaced, the situation is serious, since most of the survivors are elderly and refuse to leave the region.

In Japan, says Shimada, there is an ancient practice called "Ubasuteyama" (姥 捨て 山) by which long time ago, the youth abandoned their elders on the mountain in times of economic crisis. "Death as a symbol of honor", is difficult to explain to foreigners, says Shimada. This idea has recently been picked up by the international media due to the words of Taro Aso, the Japanese Minister of finances, who claimed that he considered it "adequate" to let the elderly die if they decided to. These statements, which have gone viral on Japanese social media, unfold the mind of a society that would rather die than be a burden for their children.

In this context, architects should wonder how a city from scratch should be developed, when its users are becoming fewer and older. As a response, young Japanese architects have proposed to consider with caution and respect the symbiosis between city, nature and architecture and have left a theoretical space to talk about cities that will one day intertwine forests, mountains, fishing regions and humans with a reassessment of local needs. 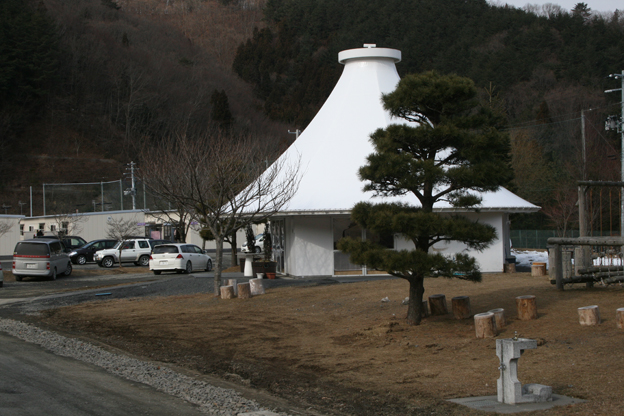