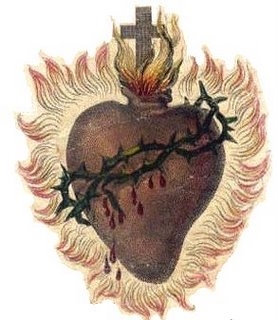 It's time to take a good hard look at Rick Santorum's faith.

Many of you will be shocked to learn what our possible future president believes, who he answers to, the bloody jihads his so-called church has carried on for centuries, and its current role as the tactical arm of the North American Man-Boy Love Association.

As a former member of same sect (an Irish-Catholic, the worst kind), I have read the texts, participated in the rites, and even seen behind the curtain, as it were, as a one-time altar boy, so help me. I managed to escape, but then, Santorum is in much deeper than I ever was.

Unlike Christians, Santorum and his fellow Roman Catholics participate in a barbaric ritual dating back two millennia, a "mass" in which a black-robed cleric casts a spell over some bread and wine, transfiguring it into the actual living flesh and blood of their Christ. Followers then line up to eat the Jesus meat and drink his holy blood in a cannibalistic reverie not often seen outside Cinemax.

Roman Catholics like Santorum take their orders from "the Pope," a high priest who, they believe, chats with God. Santorum has made no secret of his plans to implement his leader's dicta on allowed uses of vaginas and anuses, but has said little about what additional dogma he will be compelled to obey. Will child killers and terrorists go unexecuted on the Pope's say-so? Will we be able to conduct our wars as we see fit, or only the "just" ones? If Santorum is a good Catholic, and he appears to be among the very best, our real president will be Benedict XVI (a "former" Nazi, by the way).

Santorum has also remained silent on his religious organization's various reigns of terror, in which good protestants and others were tortured and killed in imaginatively grisly ways. Even more chilling is a possible connection between the Roman Catholic Church pedophile program and NAMBLA, which I discovered after conducting some research on the internet.

Ordinarily I would be loathe to discuss all this, feeling that issues of faith and religion should be kept out of politics. But it's far too late for that, and I have an obligation to expose this phony theology that threatens to supplant Christianity as our official national religion.

Need I remind you that only once in our great history has a Roman Catholic been elected president, and how tragically it ended?