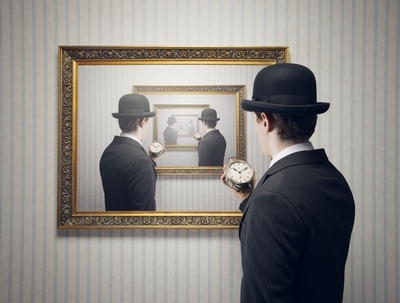 "Time is relative," explained Albert Einstein. "When you touch a hot stove for a second, it feels like eternity. When you sit with a pretty woman for an hour, it feels like a second."

In modern-day business, time is not only relative, it's also hard to find. No one seems to have any these days. Speed has become the name of the game -- everyone searching, in thousands of hyper-caffeinated ways, to get things done faster.

Whereas some early inhabitants of North America -- the Hopi Indians, to be more precise -- assessed the value of their actions by the impact they'd have seven generations out, the rest of us are watching the atomic clock. We live in the land of next quarter, next week, or -- this just in -- next nanosecond.

I'm not proud to admit it, but I, too, was subject to this same chronologically challenged behavior. That is, until I met Joe Belinsky.

Joe, a manager from Goodyear Tire attending one of my creative thinking workshops, was so moved by his experience that he came up to me afterwards, eyes on fire, and declared: "I'm going to bring your company into Goodyear. We really need to get out of the box."

"Great idea," I replied. "How would you like to proceed?"

"I'll call you when things clarify," Joe said. And he did -- one year later.

"Joe Belinsky on Line 2," Nancy signals me from across the room.

Joe, as I remembered him to be, was buoyant, buzzed, and mid-westernly beatific. After the predicable niceties, he tells me that "the time still wasn't quite right -- the powers-that-be weren't quite ready to pull the trigger."

"No problem," I reply. "Call us when the dust settles."

One year passes. "Joe Belinsky on Line 2," Nancy signals me again. "The guy from Goodyear."

Joe, once again, is the perfect gentleman, catching me up on everything he cares about -- his wife, his kids, the Cleveland Cavaliers, and how he is still using the techniques I taught him just two years ago. But... um... you see... there had just been this recent re-org in R&D and... well... the time wasn't quite right.

"Completely understandable," I blurt, doing a quick calculation of all the money we were not about to invoice.

Another year passes. Then another. And another. Then two more after that. Seven years altogether -- a biblical cycle of sorts. Not locusts. Not frogs. Not Egyptians chasing Hebrews. Just seven years of Joe Belinsky calling on Line 2 and explaining why it still wasn't the right time for his company to bring us in. After the fourth year of this now very predictable phenomenon, Joe had become something of a legend in our office.

Having studied Indian cosmology in my early 20's, it was rapidly dawning on me that Joe may have been the harbinger of some kind of esoteric teaching about time. Time, you see, in India, is not measured in the same way it's measured in the West. Indeed, there is a unit of time in India -- the Yuga -- that, once understood, completely changes one's perspective of how long anything takes. A Yuga is a span of 24,000 years -- or, as the cosmically inclined Indian sages like to say, "a single in-breath and out-breath of God."

That's a lot of nanoseconds.

"Um... let me see... headquarters burned down... the CEO was abducted by aliens... you're having a sex change operation."

"It's time," Joe assures me once again. "It's time to bring you guys in to Goodyear."

And lo, I say unto you, it was. In two weeks the contract was signed. A month after that I was leading my first creative thinking session at Goodyear. A few months after that Joe was a certified Idea Champions facilitator and leading his own creative thinking sessions. Plus, I got to go bowling with Joe and his friends, not to mention watching The Mummy on his 57" flat screen TV after a home-cooked meal made by his wonderful wife, Joan.

For the next two years, 40% of my company's revenues came from Goodyear. And I learned more about the fabulous world of tire technology than any seven generations of Hopi Indian elders could ever hope to learn in a Yuga.

There is a classic story, in the Zen tradition, about a monk who lived in a monastery for 20 years doing his best to achieve enlightenment. But no matter what he did -- or didn't do -- his much sought after enlightenment experience never came.

Disillusioned, depressed, and playing out the full meaning of "bummed out", Japanese style, he left the monastery and got a job as a sweeper in a local cemetery. One week into it, as he went about his mundane maintenance tasks, a brick he swept hit a tree and broke in half. When it did, he also broke in half. Metaphorically, that is. Something opened up in him, something beyond time. The enlightenment came. Not in a monastery surrounded by monks, but in a cemetery, surrounded by gravestones.

The result the monk had been seeking for all those years was not a function of time.

And while one could easily conclude that his 20 years of monastic life had created the fertile conditions for his spontaneous, brick-breaking awakening, the fact remained, he was never -- for the entire 20 years of his monkhood -- more than a nanosecond away from what he was seeking. And while he may have never put his hand on a stove for a second or sat with a pretty girl for an hour, he definitely had his own experience of time's relativity and, even more so, the quickening of what exists beyond time.

Me? I continue to be astounded, daily, by how inaccurate my assessment of time is. I make plans for the day, week, month, and year and rarely are they remotely close to what really happens. Things take longer. Way longer. Murphy's law abounds.

One thing is clear to me now: I don't manage time. Time manages me. And that's not because I'm a bad manager -- but because there are some things that cannot be managed in the way I think they need to be managed. Time is one of them. Death is the other. The third? Trying to get my teenage daughter to clean up her room.

Mitch Ditkoff is the Co-Founder and President of Idea Champions, an innovation consulting and training company headquartered in Woodstock, NY. He is also the author of the newly published STORYTELLING AT WORK: How Moments of Truth on the Job Reveal the Real Business of Life.