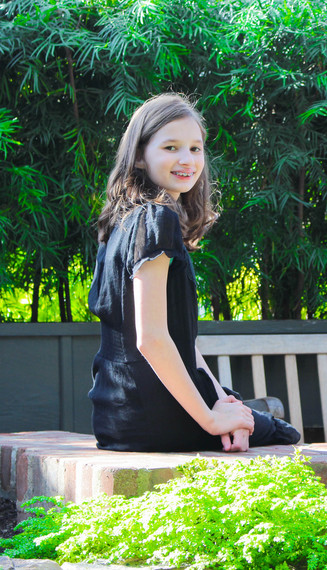 When I was pregnant with you, I would dream about us shopping together and doing our nails as we talked about your current crush or best friend. I planned your nursery of pinks and soft lavenders, choosing the frilliest of dresses and gowns that were completely impractical. I wanted to give you everything that I never had. We were going to be that mom and daughter you see in movies that have the perfect relationship, have no secrets, and swap clothes as much as they share conversation.

I had your perfect little life planned out and I would do everything I could to make it happen.

Things don't always go to plan. I learned that about a week after you came home. Since you were my third child, I had an idea or two of what to expect. Yet, you were nothing like the others. Each time I held you, you would scream as if I were hurting you. The only time you wished to be close to me was to nurse, and then you would leave out these guttural wails until I placed you back in the bassinet. There, you were content, looking at me from a distance. So, I adapted. I would lay next to you on the floor for hours, just to be near you. I would look into your eyes trying to figure out why you hated me.

We co-existed for months like this. I would take you to the doctor and insist that something was different, I just didn't know what it was. The pediatrician would suggest things to help us bond and I would try them, typically both of us would end up in tears. As you grew older, I noticed there were more things that would make you cry. I couldn't turn a fan on or have you in a room with air conditioning because you would go into hysterics. Anytime you would see a bee or a fly, you would cry so hard you would make yourself ill.

At your three year checkup I was at my wits end. I knew something was very wrong and I just needed to know how to fix it. I wanted to be a better mom to you and I didn't know how. This is when the doctor finally listened to the long list of your "quirks" that we had managed to navigate over the past few years. It was then I first heard the word Autism.

For many parents, they hate the diagnosis and they go into a sort of denial. For me, I had a tremendous sense of relief. I finally had a word. I had something I could research, something I could get answers from, something to connect me to you. You would not hug or kiss me. Although you knew hundreds of words, you refused to say "I Love You" to me. When you went to the psychologist and a diagnosis of Asperger's Syndrome was made, it all clicked. I was so thankful, I was elated because you did not hate me. It was not my fault. I had spent three years blaming myself and now I had a name for what caused you to act this way, and I could start to help you.

Asperger's Syndrome is rare. It is seen even less frequently in girls. So, you are a unique case. After the diagnosis, we got you into therapy and worked at home. There were so many times you would get frustrated because you didn't understand what happy meant or what made someone smile. It broke my heart that happiness was something so foreign to you. You grew out of toddlerhood and into adolescence, that is when things started to get pretty tricky.

Unfortunately, this didn't come with a handbook. When you have a child with a diagnosis, do you tell them? Do you hide it? Do you let them figure it out on their own? I suppose each family handles it different, but we were always very open with you. We told you what it was called and what the challenges and benefits were. Yes, there are very amazing benefits. You, my beautiful girl, are very, very smart. You can relate well to children older than you and you can easily carry on conversations with adults. You have the memory of an elephant and you are brutally honest. I remember one time we were sitting in the bleachers at your brother's game and a woman started talking to you. You looked at her and said, "Stop talking to me, your breath stinks. " Of course I was mortified, and most parents would chastise their child. Instead, I know that is part of who you are. So, I love you for your amazing honesty.

When you started school, we knew that this was going to be a difficult time for you. Although you did well with older children, those your age you just can't relate to. You also had issues with personal space and people touching you. Noises would send you into a meltdown. Fans, kids crying, you name it, it was a trigger. It was also that year that you developed your fascination with weather. You loved to read everything you could about it. Kindergarten was a rough year and children are cruel. That year, children labeled you as "different", something which still follows you to this day. It didn't bother you so much then when kids didn't want to play with you. Instead, you would fill your time with books. On the recess field, you were content sitting on a swing and spinning by yourself. I cannot tell you how your daily stories of what you did each day broke my heart. This was not my plan for you, but you were content.

As you got older, it changed. You wanted to be accepted, to be like everyone else. You saw the other children leaving you out, saying mean things, and it made you hate yourself. It made me so angry. I wanted to scream at those parents of the children. I wanted to ask them how they could teach their children to be so awful and unkind. What happened to not seeing other's differences? What happened to everyone being the same? It is a bunch of bullshit. It is something we all want to believe in the light of day. We want kids to sit in assemblies and hold hands when teachers are looking. When it is all said and done, it doesn't happen. The bullying epidemic is strong and present in each and every school in this country. At least you know how it feels, my girl, so I know you would never make anyone else feel that way.

At home, you were doing hours of therapy each week. You were learning how to read facial cues, how to laugh at jokes, how to adjust your voice volume so it wasn't too loud or soft at the wrong moments, so many things we all take for granted. I would practice with you just so you could be accepted by your peers. That is all you wanted, and that is all I wanted for you. To be able to go to school and not be "different." To not be mocked and made fun of. I didn't want to have to hold you while you cry because you had no one to sit with at lunch, or because everyone was laughing at how you were a little loud when you answered a question, or because those girls thought it was funny to mock how you look and walk. I would tell you that people make fun of others that they envy, but your little pre-teen self didn't believe me. You had been made fun of for years and it was all finally making sense to you, how different you were to the kids.

There's no happy ending to the story because we are in the middle of it. This was not the life I had planned for you, but you are much more incredible than I ever could have dreamed. I have no doubt that when you are older, all of those things that make you different now are going to make you wildly successful. We might not hang out and chat about boys or shop at the mall, but I think we do okay as far as a mom and daughter go. We still swap clothes and a day doesn't go by that we have our talks. One of the happiest days of my life is when you finally hugged me and said you loved me. We are best friends, just different than I had imagined. You are the one that taught me different is sometimes much better than expected. 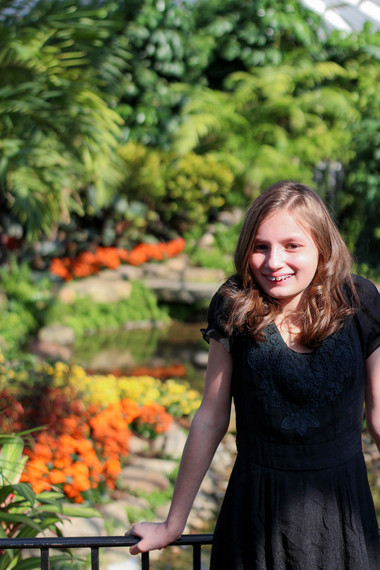 More:
Parenting ParentsAspergersAutismchildren with autism
Newsletter Sign Up
Raise the kind of person you'd like to know
Subscribe to our parenting newsletter.
Successfully Subscribed!
Realness delivered to your inbox