The kids are back in school, football season has kicked off, the temperatures are dropping. Which means one thing: Everything is suddenly pumpkin spiced! Pumpkin lattes, pumpkin beer, pumpkin M&Ms...and you love it! Why is that?

Here in Virginia, it's a magical time. It always reminds me of that scene at the beginning of You've Got Mail when Tom Hanks and Meg Ryan are waxing poetic about fall and he speculates on sending her a bouquet of freshly sharpened pencils.

It's no surprise everyone loves fall -- brains love fall for many different reasons. If we look at the season from a neuroscience perspective, it makes a lot of sense that fall is when our brains feel really comfortable and alive. 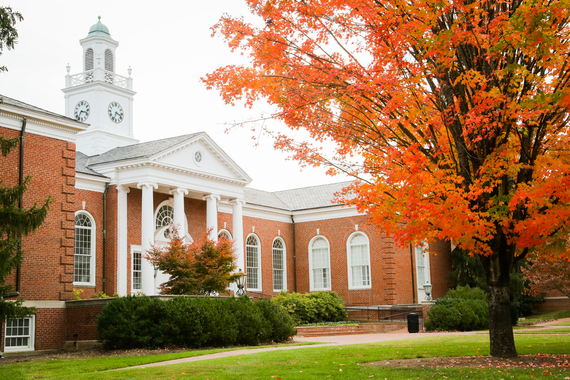 Predictable novelty may seem like an oxymoron, but it's true. Our brains love fall because it gives us the change we crave wrapped in the safety of something we knew was coming.
The temperature changes, the light changes, the shorter days, the falling leaves... all add up to predictable novelties that our brains really, really love.

We humans are hard-wired to pay attention to new things; it's part of our ingrained warning system for staying alive. When our brain encounters something new, it triggers the fear centers in our brain, called "amygdalae," causing anxiety and stress (think of someone popping out from behind a corner unexpectedly or starting a new job). In the right proportion, stress can be a lot of fun; that's why we ride roller coasters, go skydiving, and surf. So if you can predict the change that is likely to occur, your pre-frontal cortex--or the decision-making part of the brain--can override the anxiety and leave the joy.

That's what fall gives us. There's a vast amount of change that happens during this season--but we all basically know what's coming. This is partly what makes the start of school so great and has us cleaning out the school supply aisles of Target. Many educators or people with children really appreciate (or even love) the predictability of the school year, even at the expense of the freedom of summer.

The neuroscience behind that love is the trifecta of pleasurable neurotransmitters fired: dopamine (pleasure), serotonin (contentment) and norepinephrine (alertness). When all three are going at once, you're in a heightened state of awareness in a really good way. That combination is what makes the holidays sparkle--it's literally holiday magic. And because that feels so great, your brain tries to associate that magic with something it can remember for the next time.

So what does your brain associate with the happy memories of previous fall? All sorts of sensory experiences, from the cheers in a football stadium to the sight of frost on the grass. But our chemical senses are going to take the cake. 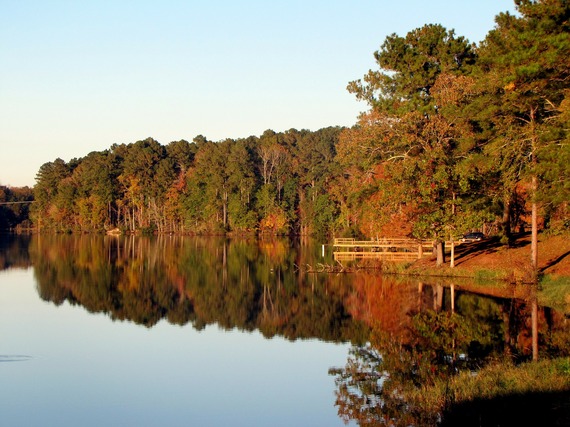 Fall foods have a special place in our hearts and brains.

The smell of oatmeal raisin cookies immediately takes me back to my grandmother's kitchen. It's a poignantly visceral memory; I can almost feel the heat from the oven and taste the sweet, plump raisins. Whether it's the first taste of pumpkin pie, the fragrant steam rising from fresh baked bread, or that heady aroma of a pot of chili on the stove, certain foods and smells resonate deeply. That has a great deal to do with how our brains are wired.

All of our senses send signals to the brain through the thalamus, which relays the signals to the cerebral cortex--all but one. Our sense of smell has its own superhighway directly to the limbic system in your brain, which is the center of our emotional memory. Do not pass go, do not collect $200. Olfaction (smelling things) hits you straight in your emotions, and that's why it's so powerful. And since 80 percent of taste is smell, that's why food stands out in the fall.

Whether it's the smell of burning leaves or the crispness of the air as winter begins to reveal itself, fall is the ultimate season for brain. It's a veritable cornucopia (I had to say it) of neuro-stimuli. Whose brain needs a roller coaster when there are pumpkin spice lattes?

It's a season of anticipation.

The waiting may be the hardest part, but often anticipation is better than realization. Even Winnie the Pooh gets it:

"Well," said Pooh, "what I like best," and then he had to stop and think. Because although Eating Honey was a very good thing to do, there was a moment just before you began to eat it which was better than when you were, but he didn't know what it was called."

It's a good thing Pooh didn't live in Vegas, because the same thing that makes anticipating food or holidays feel good makes gambling so addictive. When we know something good is going to happen, but there's an element of unknown to it--either when or how or what--that's literally the most rewarding thing that can happen to your brain. Dopamine levels rise higher and higher, and pleasure becomes more about seeking the thing we want than sating it.

Fall is the ultimate time of anticipation. We are waiting for the exciting celebrations that mark the end of fall and start of winter. Kids start marking up catalogs and creating wish lists. Adults start booking flights and planning feasts. We look forward to seeing loved ones, eating treats, and opening surprises. It's no wonder our dopamine-addled brains are associating happiness with everything from the red maple leaves to the need for a scarf. 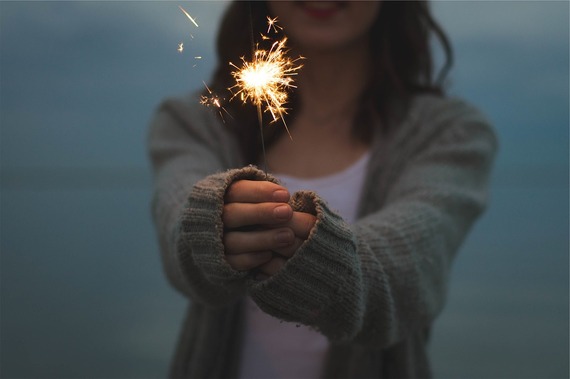 Fall is a time of physical comfort

Who hasn't put on a cozy sweater and felt the stress of the day melt away?

Fall is that perfect season when the outside temperature is often physiologically appropriate for our bodies. We can spend a little less energy cooling our body, and the thermostat-regulating part of our brain (the hypothalamus) has a little less work to do. As it gets colder, we'll have to crank up the internal heater, but when it's just a little chilly out, your brain wants the easiest possible pathway to take care of the issue. Putting on a sweater makes your body have to do less work to keep warm, which puts your brain at ease

That same physical comfort comes when you wrap your chilled hands around a warm beverage, whether it's a cider or a pumpkin-spiced latte. Enjoy!