I'm watching my son play baseball. That means on this particular afternoon, I am sitting alone along the backstop in my relatively comfortable camp chair. Today I am alone, though that's not the norm. The grandparents didn't make this game, and my wife is at home with my daughter. As thrilling as the game is for my son, and of course for me, it's less than riveting for my daughter -- especially on a school night. With homework. Indeed, I'm worried about my son being out till 7 on a school night. But, it is what it is, and we will see.

Anywho, as I've said before, I'm not necessarily the chattiest mom on the field and so I sit by myself. The other parents are lovely, to be sure, this is just my thing to deal with. As I sit by myself -- riveted on my son when he's in play (so to speak) -- I can't help but let my mind wander. 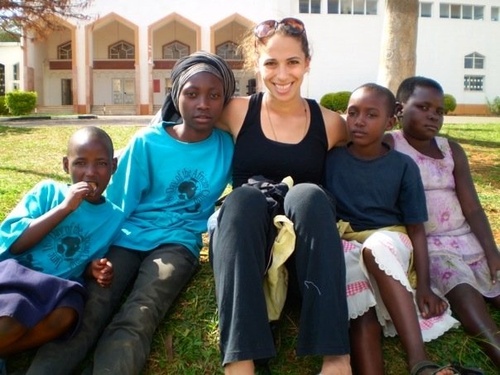 I am thinking about my own time on the diamond. It started because my foot was hurting. As I rolled my ankle around to stretch it out, I had a clear vision of my younger self (that's me in the rad green terrycloth short jumper thing) firmly planting my cleated foot just over the chalked foul line as I ran out to take the field with my softball team (I happen to believe it is bad luck to step on the foul line when running on or off the field). I would grab a ball and throw it firmly into my glove as we took the field because I most frequently played first base and catcher -- and there's folks to warm up when you play there.

Sitting in my camp chair, I think how much has changed. Now certainly, I could still play ball if I wanted to -- after my shoulder fully heals. You know. And, maybe once my foot is treated. Then there's my knees, of course. Though I could play (and I know many who do at more advanced ages than me), I just don't think it is worth it. I don't want to get hurt. I couldn't take the field with the same confident, almost invincible stride as my younger self.

I remember it well. Especially today. Kicking the dirt as I dug my feet in at home plate. A strong couple of practice swings (I was a hitter). Adjusting my cap against the sun at first base. Beating my fist into the palm of my glove and gritting my teeth against a strong batter when I was playing third -- willing them to hit it to me. The sheer joy of throwing out a runner stealing second from home (I did this a lot). Smiling with my teammates when we had fun in the dugout or at pizza/ice cream/bagels/beer (later) after a game -- win or lose. Laughing at the line of dirt just above my knee socks. Puffing out my chest and sharing raspberried knees and cheese-grated shins with friends.

There were less fun moments, too.

Experiencing the brutality of losing (when all that mattered was the game). The embarrassment of sliding head first into second and bouncing to a stop a yard before the bag (OUT!). My folks sympathetically telling a friend, "Butch isn't a runner. She looks like she's running out of a hole." Being the benchwarmer sometimes. When I was older, the pain of pulling my quad while running to first -- at least once a season. The need for ice... lots of ice. And ibuprofen.

But I always loved the game -- even in the less fun moments.

I love the feel of the ball in my hand, the glove on my other. The way the bat felt in my batting gloved hands. The sound and feel of a real hit. The pleasure in breaking in a new glove. The ecstasy of catching a live drive or stretching up for an overthrown ball while keeping my foot on first.

I would be very happy if my son found this joy. He doesn't need to be very good to experience it. I was a pretty average player. Thankfully, skill is hardly ever a condition of fun. I hope he finds a love of the game that lasts him a lifetime. Or, at least until he is sitting on the sidelines watching his son or daughter play ball.

I may not be invincible anymore, but that's OK. Instead of all that energy, I've got a loving family of my own. And I have all those memories to make me smile. So, maybe it's OK that I choose to cheer my kids on now rather than take the field myself.

Obviously, it's butch to play softball (duh), but it's also butch to cheer for others who play ball. Be Butch.