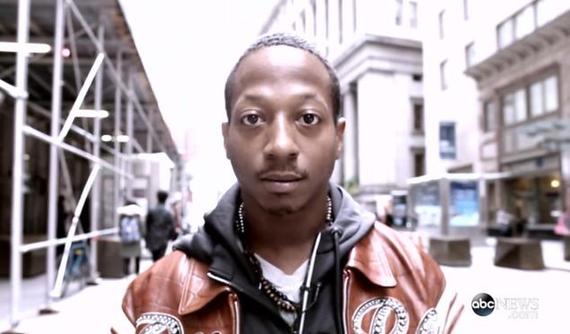 When Kalief Browder was 16, he was arrested for robbery after he was accused of stealing a book bag. He spent three years in Rikers Island, a significant portion of which was spent in solitary confinement. Beaten up by inmates and correction officers, Mr. Browder attempted suicide at least once while incarcerated. He was never tried. Or convicted. After appearing in court 31 times, the case fizzled out and was dismissed. No witnesses. No jury. No evidence.

At the age of 19, Kalief was released back into the world. Just this week [update timing], Mr. Browder, now 22, hung himself. He took his own life, but there are those who say it was the system that killed him.

Often, people speak of the criminal justice system as if it is an amorphous blob with a life of its own. In reality, it's made up of individual prosecutors, defense attorneys, judges and correction officers. The system succeeds only if these individuals take pride in their jobs. The criminal defense attorneys must represent their client zealously, the prosecutors must be fair and seek justice, the prisons must protect both society and their inmates, and the judges must make sure the system runs properly and that justice is served. In the Browder case, none of this occurred. Each participant contributed to the system failing Mr. Browder. Permit me to play the blame game. There is certainly enough to go around.

Judges: Judges run the show. The defense attorney and prosecutor merely make their best argument, but the buck stops with the Judge. A judge's rulings can change the path of a case toward justice or away from it. Everything flows down from the judges. They are the umpires -- they should enforce the rules fairly and ensure that the rights of both sides are protected.

So, how did the judges in the Browder case allow the case to unfold the way it did? Why did the judges not react quicker? More to the point, how did the judges permit the defense attorney and the prosecutor to kick the can down the road for three years before taking action? One would think that after Mr. Browder came back to Court for the 17th time, and the prosecutor or defense attorney announced that they were not ready to proceed, the Judge would have taken action. Perhaps lower bail and release Mr. Browder? After all, according to the article in the New Yorker, Mr. Browder lived in the same place his entire life.

He had several siblings and a responsible and caring mother. Not much of a flight risk. And for that matter, given the non-violent allegation that he stole a book bag, he was not a great danger to the community either. Looking back, the judges involved could have enforced the defendant's speedy trial rights and ordered that the trial begin, whether the parties were ready to go or not. Ultimately, a new judge came in and did what had not been done for three years. But that was too little and too late.

Prosecutors: The prosecutors and the Bronx DA's office do not escape blame either. Normally, prosecutors evaluate criminal complaints, conduct investigations, speak to victims and prepare a case for trial. Guided by speedy trial laws prosecutors generally have a certain period of time in which to get ready to try the defendant, or else he can be released, or his case dismissed.
In the Browder case, the prosecutor appeared at several of court proceedings and announced "not ready" for trial, but stated that they would be ready in a short period of time. Often the defense attorney failed to object. Each time, the Judge granted the adjournments. Like a broken record, this occurred over and over again. Disturbingly, the prosecutor was never ready to proceed, despite representing to the court otherwise. Had they ever spoken to the victim of the alleged book bag snatching? When did the prosecutor know he would not be ready to proceed? It is mind boggling that the prosecutor had the discretion to string the case along without being ready to proceed. Equally as mind boggling is that the judge permitted it to continue.

The Defense Attorney: And, what about the defense attorney? What was he doing during all of this? A criminal defense attorney is usually the only one who stands between a criminal defendant and the powerful government. While many are now are supporting Kalief Browder and his cause, it is safe to assume that he had very few supporters looking out for his well-being then. It is incumbent upon the defense attorney to fill that gap and to care about the case as much as the client does. That is not what happened here.

Perhaps most glaring is that Browder was adamant that he was not guilty and wanted to proceed to trial. In fact, he was offered a plea deal that would have led to his release, but he turned it down so that he could have his day in court. A noble position given that in 2011, in the Bronx, only 165 felony cases went to trial, while 399 defendants pleaded guilty. The signals were loud and clear, and a criminal defense attorney was obligated to demand a trial at all costs.

The Jail: You may have heard a lot about Rikers recently. The reports of excessive abuse, corruption and fatalities are staggering. It is hard to tell the difference between Rikers and a jail in a third world country. Due to fights that Browder was involved in -- apparently as a victim -- he was placed in solitary confinement for a total of well over a year. At one point, he was held in the hole for 10 months straight Solitary confinement involves 23 hour lockdown in a very small, confined cell. Instead of a sliding cell gate as a front door, the solitary confinement rooms have a solid steel door with a small square window and a slit for the inmate to place his hands in to get handcuffed and to receive meals. Inmates lose their phone, email and visiting privileges. To makes matters worse (if this is possible) add overwhelming heat and revolting smells. Can you imagine what spending 10 months in there can do to a person?

Is it any shock, then, that during Browder's three year incarceration, mostly in solitary, he attempted to commit suicide? If the Court system stole his basic human and legal rights, Rikers stole his soul.

Even after his release, the criminal justice system failed him. He was dropped off alone with other inmates, given only subway money and left to fend for himself. Despite his significant mental health history inside Rikers, no mental health treatment was offered to him as he re-assimilated, as a 19 year old boy, back into New York life. Like a veteran who comes home after war, mental scars left untreated sometimes manifest themselves in the worst possible way. Mr. Browder's suicide proves this point.

As you can see, there is blame to spread around. But even in the face of this tragedy, there is a silver lining: real momentum for reform. For instance, in the Bronx criminal courts, judges from outside the jurisdiction have been brought in to deal with the heavy backlog. In fact, it was a judge from Brooklyn who ultimately ended Mr. Browder's criminal case and released him.

Even the U.S. Attorney for the SDNY, Preet Bharara, is trying to improve the conditions at Rikers. Mr. Bharara, and the US Attorney's Office has joined a class action law suit alleging a pattern of excessive force in the city's jails that includes assault, rape and even murder. This comes after Mr. Bharara released a scathing report describing a "culture of violence" on Rikers Island perpetrated by correction officers against juvenile inmates such as Kalief Browder.

Also encouraging, the Washington Post reports that in January, officials in New York City agreed to stop placing most inmates younger than 21 in solitary confinement. It is expected that a new law will also curtail how long an inmate can be sentenced to isolation, while inmates with serious mental illnesses or physical disabilities cannot be isolated.

True, all too often, we have seen the way these stories unfold in the past. First a tragedy, blame and outrage, and then the government powers react. But, it takes tragedies like the Kalief Browder case to bring to light the flaws in the criminal justice system and to give the push needed to bring about much-needed reform.

If you like what you read, please follow Sullivan Brill, LLP on their Facebook page. You can also check out our websites: sullivanbrillfirm.com and sbcriminallawyers.com. Feel free to email me at steven.brill.@sullivanbrill.com as well.