Even people who know almost nothing about alternative energy know this: when the sun doesn't shine or the wind doesn't blow, there's no energy to be collected. That's why the future success of alternative energy on an industrial scale will ultimately rely on energy storage technologies that can collect energy as it comes in and parcel it out later, 24/7, as needed. In other words, we need some pretty huge and amazing batteries.

The conversation about alternative energy storage went mainstream earlier this year when Tesla CEO Elon Musk introduced the Powerwall, a sleek home battery designed to work in concert with a home solar array to capture and store solar energy by day and then dish it out by night. It can also charge up via the power company when rates are at their lowest. The lithium ion battery, a cousin to the batteries in Tesla's electric cars, comes in 10 kWh weekly cycle ($3,500) and 7 kWh daily cycle ($3,000) models and are sufficient to power most homes during peak evening hours. A generation ago, a battery array with that capacity might have looked like an ugly stack of lead-acid car batteries. Tesla's wall-hanging unit--which contains no liquids--is far more aesthetically desirable.

Tesla's Gigafactory in Sparks, Nevada will be the world's largest producer of batteries when it starts manufacturing in a couple of years. (Source: Tesla Motors)

It's also worth noting that Tesla is in the process of building its Nevada Gigafactory, which may turn out to be the world's largest building. Inside: batteries, and lots of them. Even if home battery storage seems expensive or esoteric today, chances are it's going to proliferate, giving utilities fits as they try to figure out how to pay for their grid infrastructure when people are using that infrastructure less.

For utilities that want to embrace alternative energy, battery storage is all about leveling out the flow of energy. In Hawaii, for example, solar is a success, but during the day, as solar electricity generation peaks and home installations feed power back into the grid, the Hawaii Electric Co. has nowhere to store it. That's why the utility is on the hunt for energy storage solutions up to 200 megawatts to balance supply and demand. It hopes to have a solution in place by 2017.

In Texas, Oncor Electric Delivery, which owns the largest power-line network in the state, plans to spend more than $2 billion on five gigawatts of battery storage in an effort to cut spending on new plants and distribution infrastructure. 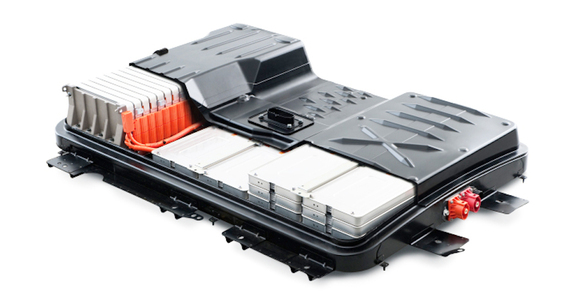 When Citigroup released a report on the impact of grid battery storage in January, it noted that utilities that continue to rely on old-fashioned centralized power generation and don't embrace flexibility could be doomed, in part because the cost of battery storage could fall from $230/kWh in 2020 to as low as $150/kWh several years later. (Thanks, Tesla.) The global market for battery storage could be $400 billion within 15 years.

Meanwhile, scientists are busily trying to invent new and more efficient battery technologies. Researchers at the University of Tokyo School of Engineering announced in July 2014 the development of a new type of lithium ion battery that yields seven times more energy density than today's lithium ion batteries: 2,570 watt-hours per kilogram to be precise. How did they do it? By adding cobalt to the lithium oxide crystal structure of the positive electrode. That helps create oxides and peroxides during the charge and discharge cycles and speeds up recharge times as well. You have to be a chemist to fully understand the magic, but the bottom line is that it seems to work, and a 7x improvement would be a game changer (especially for electric cars that are constrained by their range).

Alevo Group's GridBank is essentially a battery as large as a shipping container. (Source: Alevo Group)

In North Carolina, Alevo Technologies is gearing up to produce some really big two-gigawatt batteries. They're the size of shipping containers and can be added to power grids to help control energy flow. These GridBanks, which Alevo calls "energy reservoirs," use a new kind of battery technology. Instead of conventional lithium ion, they are built with LFP (lithium-iron-phosphate), graphite, and an inorganic electrolyte that creates less friction when electrons move through it. That should mean the batteries run cooler and last longer than lithium ion batteries. To date, all 480 GridBank units the company plans to build in 2016 have been spoken for. The rush is on.