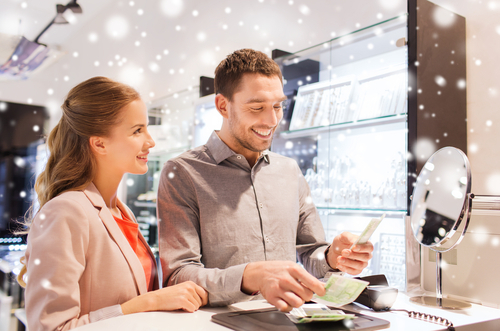 According to a report by the Department of Commerce and U.S. Census Bureau, 2015 was the weakest year for sales growth among retailers since the end of the recession in 2009. We can only hope that this is widely due to the fact that consumers are becoming smarter when it comes to spending.

Most women love a sale. It almost gives them a reason to shop. I admit that I've been guilty myself in the past. However, after several years of selling to large retailers, I've learned a few tricks.

Don't let them fool you ladies & gentlemen. There will ALWAYS be a sale! When I first started working in the industry I thought, wow, I am getting a lot of good deals! Although, after a while, I kept seeing the same retailers showcasing the same exact sale time and time again. Then it hit me, there's always a sale somewhere!

As consumers, it's our second nature to look for the best deal. This can often hurt our pocket books as we end up buying things that we really don't need. I was recently talking to a woman that previously worked for a large big box retailer. She explained that more than half of her staff had all of the latest accessories and fashion, yet she knew how much money they made because she cut their checks. One of three things could have perpetuated this, either this was a second job, second source of income for the household, or there was massive amounts of credit card debt. I'm willing to bet that it's the latter.

Taking advantage of a sale on items that you need is one thing, but don't fall into the trap of buying just because it's a good deal. You'll not only end up with continuous debt, but a home full of clutter and unneeded material items. It's a viscous cycle.

In a way, it's a Catch 22. If consumers continue to spend it boosts revenue for the retailers, which helps the economy. However, it doesn't help if the general public ends up broke.

The trick is to be smart. Only purchase items that you need. Keep an eye out for when those items go on sale, and then buy. If they aren't on sale now, they will be. I know it's easier said than done, but pay close attention. You'll thank me later.

Business and lifestyle writer with a focus on retail, tech, fitness and travel.