"Your children are not your children. They are the sons and daughters of life's longing for itself." -- Kahlil Gibran

Gibran has always been one of my go-to guides in life. Born in Lebanon and heavily influenced by Islam (he was raised as a Christian) he has given me gentle reminders on a wide range of topics over the years. As I look at what is happening in the Middle East, and other hot spots of conflict in the world today (Niger and Chad, Ukraine, Colombia, Mexico, Yemen, Iraq, Syria, etc.) you can only hope for some sort of powerful renaissance in the thinking of Gibran and other great ones to get us to a point where we are cultivating and nurturing the next generation worldwide.

Recently, I was in Colombia. I was invited by a dear friend who is a lawyer there. Along with her legal duties, she is also doing humanitarian work in areas that have been hardest hit by the war over the years in the state of Cauca (in the south of Colombia).

I spent time in Bogota and then travelled into the countryside and spent a few days in the beautiful colonial town of Popoyan, the capital of Cauca. The effects of the conflict are still evident throughout the country. Bomb-sniffing dogs and formidable security in most high traffic public places, especially Bogota, and a natural wariness about the state of things.

The view of Popayan, Colombia: 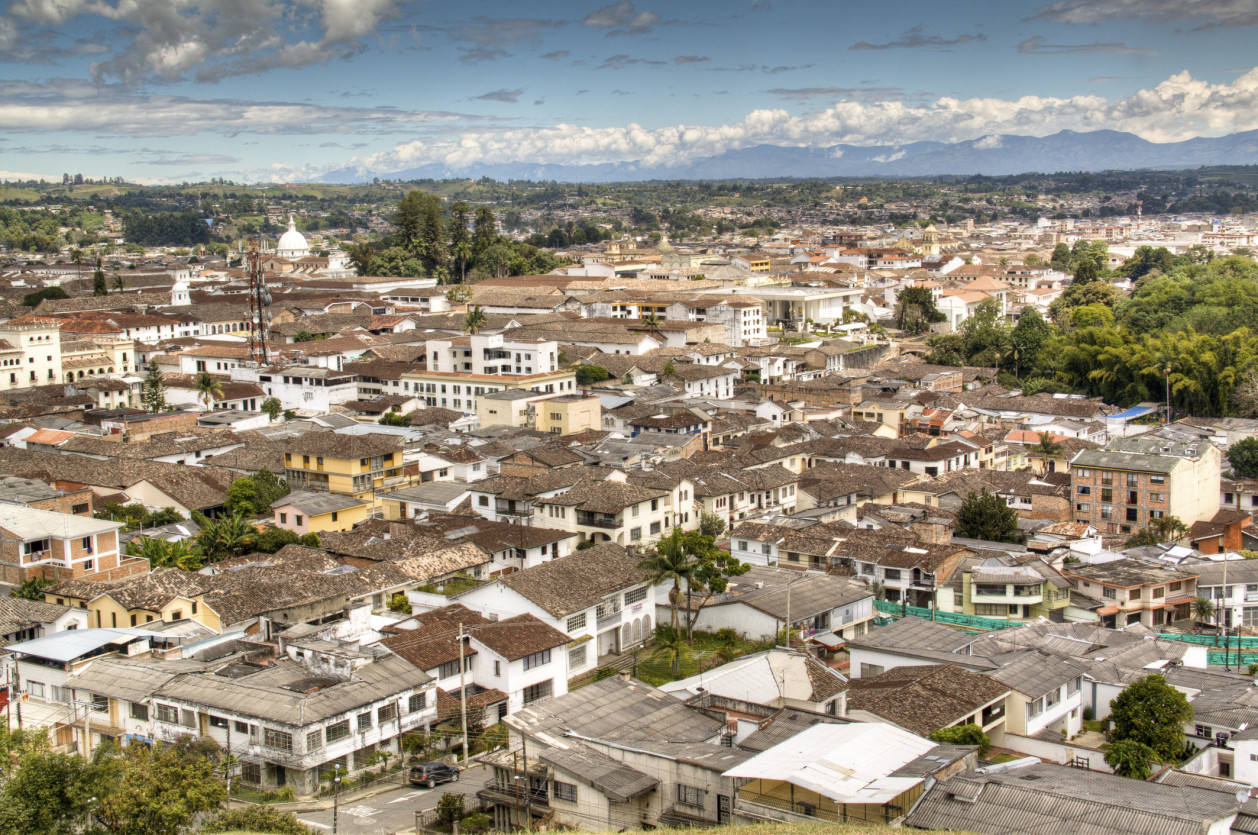 The segments of the population in the Cauca countryside that have been impacted the most by the conflict over the years are the indigenous communities, women, children and Colombians of African descent.

While in Popoyan, I had the opportunity to spend time with the children of Cauca and Popoyan, an area in Colombia where the narcotics trade and fighting has taken its toll in a big way. The drug wars of the past are just that, but the narcotic trade is still strong in the countryside of Colombia and it still has a negative impact on society as the Colombian government works to implement a peace treaty and more.

The children were absolutely amazing. They have seen more suffering and mayhem than you and I will ever see. And from their hell-on-earth experiences, they took them and acted out their frustrations, their dreams and their aspirations on an outdoor (covered) schoolyard basketball court for the Popoyan townspeople to see. "The play is the beginning of a theatre group drawing on the experiences by the victims of the conflict using both mourning and peace-building and looking to sensitize civil society through cultural expression of theater," as it was explained to me by my guide.

For 90 minutes the kids used music, dance, and stellar acting to drive home their points that this madness they have witnessed in their beautiful country must stop. Personal experiences were woven into their performance along with bloodcurdling cries for a better future. It was an experience I will never forget.

More Gibran: "You are the bows from which your children as living arrows are sent forth. The archer sees the mark upon the path of the infinite, and He bends you with His might that His arrows may go swift and far."

Crossing the Atlantic, I came across a PBS Frontline report on Syria called the Children of Aleppo. I wanted to see if there was any hope for Syria in light of the insanity taking place there today.

Aleppo is one of Syria's largest cities in the north of the country near the Turkish border.

The similarities were striking as I watched the human spirit at work in the midst of circumstances completely outside of their control, both in Syria and Colombia.

The love and support of parents and the community drive the children of Aleppo. I watched families try to keep it together (and the fathers of Aleppo working to disrupt and shut down ISIS in their own way) amidst the constant conflict. I saw the kids attempt to patch together a childhood of playing with dolls and soccer balls. Artillery fire and gun rounds are constant. A simple moment of chilling on a balcony and playing turns into a "run for cover" as one of the young girls says, "That was close."

Toward the end of the program we are introduced to a young boy, high school age. His intention is to lead a revolution using dance, music and good old-fashioned taking it to the streets. It's a perilous route he is taking but he affirms he has no other choice. "This has got to change," he says... much like his counterparts in Colombia. This young teen has now developed a following and the ranks are growing as they use singing and dance powerfully to get their point across and build momentum for change.

Finally, as I was reading the newspaper (yes, a newspaper) this week I had a throwback moment. In second grade (in a comfortable northern suburb of Chicago) we had regular air raid drills, hiding under our desks at school, in case there was an invasion -- Cuban Missile Crisis, etc. The photo I saw was from the Ukraine and the kids there huddling in a squat position in an air raid shelter. Chilling, and much more real for them than it ever was for me and my classmates. It was a powerful image. I now know that one of those young kids will rise up some day and demand better, and others will follow.

So I end this post sadly knowing that the violence, destruction of their homes, towns and loss of life, is also having an impact on the emerging personalities and psyches of all these kids. But I am also seeing them rise from the ashes to lead a revolution in thinking and behavior, that will build a framework for a better life and a leadership dynamic that the human race really needs right about now. The kids are truly alright!

Andy Hartnett has two grown children and has been a mentor and coach to hundreds of boys and girls throughout his life. He is a sports coach and referee, serves in various volunteer roles, on community boards and committees that support positive youth development and the like.