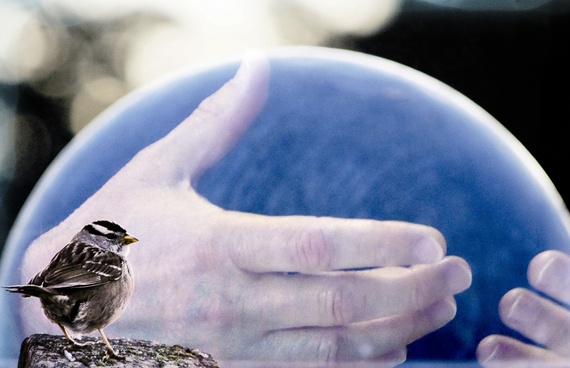 It's no secret that we're bombarded with bothersome headlines more often than pleasant ones. And I don't mean unpleasantries that can't be avoided like certain natural disasters. I'm talking about the ones we bring about and often cheer on ourselves; the rude-to-the-core, disrespectful, anger-fueled behaviors that humans engage in with a disturbing, brazen nonchalance. This is about disrespectful actions, hurtful innuendos, belittling, bullying, hurting instead of helping behaviors.

Enter The Kindness Couture, which I've created to help turn the tide away from such negativity so that we embrace the power of kindness.

It's simple. Much like a coveted fashion, kindness makes us and those around us feel happy, confident, comforted, and secure. So it is with my Kindness Couture concept, where all that is kind, nice, and happy is always in style.

The Kindness Couture's goal is to create an environment in which people unabashedly immerse themselves in kind actions and thoughts on a daily basis--towards others as well as themselves. It's about living without feeling as though good behaviors and genuine actions should be hidden under a cloak of negativity, gossip and rudeness. It's knowing that kindness isn't synonymous with weakness, but that it's something to be proud of.

So, let's walk around strutting our sincerity, flaunting our good intentions. This is about wrapping ourselves up in kind actions and routinely making it a way of life that permeates the corporate culture, the family culture, one's individual culture--and hopefully one day, all of humanity.

I've written previously about the topic of kindness in several Huffington Post articles, including one about my attempt to "put the 'kind' back in humankind." In it, I describe the challenges and lessons learned in trying to turn frowns upside down, drawing on studies that explain the feel-good health benefits of being pleasant and the importance of genuine compassion.

In another article, I wrote about those who often said I was too nice, as if that was a bad thing. So, I explained my "niceness promise," in which I declared that I will "... smile at others' mean spirited intentions, turn from their unfounded words and...I will choose niceness. And I will continue to be nice."

For the naysayers who think this is saying that cute puppy videos, helping others, and extending thoughtful words is too full of rainbows and unicorns and nonsense, I offer this from the aforementioned article:

On that last point, yes, kindness should also infiltrate the corporate culture. Sure, there are plenty of workplaces that encourage kindness, creativity and wellness, complete with resting pods and ping pong tables, but still, many unkind work environments linger. There are rude employees and employers, gossip-laden comments tossed about, and bad language used to describe others during pre-presentation chatter. I've experienced it myself, describing the need for kindness in the workplace in "Workplace Kindness: Why It's Not an Oxymoron, but a Necessity." For that article, I wrote:

A kind employee -- one who doesn't drop the F-word at the drop of a dime, talk badly about other colleagues, cheat on their boyfriends in order to climb the corporate ladder, and yes, who makes the occasional batch of cupcakes -- is often viewed as a too-nice individual incapable of going for the gusto and "making it happen." They're sweet and lovely and all, but void of brazen words and arrogant actions, are deemed not quite cut out for the business world.

Too kind is too much to handle for some people. And for those who have the ability to be nice and build business relationships (gasp!), it's hard for many employers to grasp. Apparently, workplace kindness is often viewed as an oxymoron.

But it doesn't have to be. An employee can be kind, well-intentioned, and caring and make strides in the workplace. There need not be such cut-and-dry "you're either vindictive or award-winning" or "you're either too nice and a so-so worker" thoughts.

It's time to make kindness--towards others and to ourselves--the norm. It's time to turn away from greedy tendencies, negative gossip, instigating, fighting, and all other disturbing behaviors. Time to focus more on giving and receiving more joy and kindness. The Kindness Couture movement strives to keep this in mind.

Let's bring each other up, not hammer one another down.