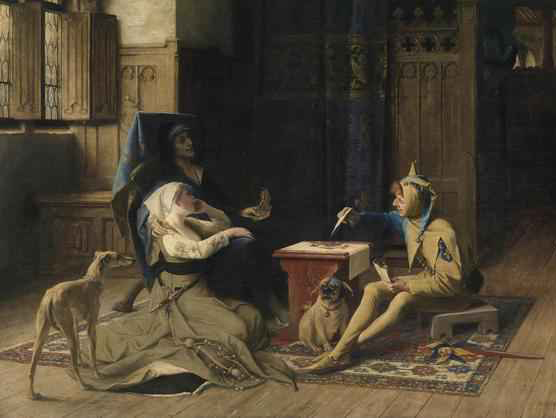 Religion, in its various forms, offers up a constellation of acceptable beliefs and practices that tell us how to think and behave. A denomination, for instance, will offer us a set of dogmas, doctrines and rituals that, to a greater or lesser extent, let us know how to interact with the world. Political, moral and social positions can all be unfolded in relation to these.

Yet the reality is more complicated and interesting, for religion doesn't simply offer a set of positions to conform to; it also offers the acceptable ways in which one can transgress these positions. It tells us both how to conform and how to not conform in a conformist way.

In a previous post I explored this logic in relation to a family where sleeping with a partner outside marriage is viewed as morally unacceptable. For many of these families, however, there is an acceptable way in which the transgression against this law can be managed. As long as the child sleeps in a separate room from their partner when visiting their parents' house and doesn't talk about how they live with their partner, everything carries on as usual. This logic can be outlined in the following way,

Acceptable transgression: You can as long as we all pretend you aren't when we're together.

In more explicitly religious terms we can see this relationship between the law and the acceptable transgression in some churches' relationship to doubt. In a conservative church doubt may well be unacceptable (or at least doubt about certain central doctrines), yet it is acceptable to have doubts as long as you don't share them in a formal church setting.

I remember meeting a woman who confided that she had doubts concerning the idea of a literal resurrection. She was an elder in her church and a longtime worship leader, but she told me that if she spoke publicly about her doubts, she'd likely be asked to step down from her position. At this point I asked whether she thought the other elders might have similar questions. Her response was telling: "Well, I suppose they must. I mean, many of them have been doing this for years. I really can't imagine that they don't." In other words, if she was correct, the real transgression in her community lay not in having doubts about the resurrection but in speaking them. We can outline this in the following way:

Acceptable transgression: You can, just don't talk about it in church.

Unacceptable transgression: Talking openly about it in church.

This idea of law and its acceptable transgression is a central insight of Zizek's Lacanian theory and is captured well in the analogy of a king and his Jester. The jester, or fool, was a court entertainer who, in addition to performing tricks, was able to joke with and even mock royalty. Indeed, Queen Elizabeth once chided her jester for not being cutting enough in his humor. However, a jester walked a tight rope, for if he was too mocking, he left himself open to punishment or even execution. Thus jesters had to transgress the laws of the royal court in a way that was acceptable to the court. In short, their transgressions had to be endorsed by the very system they seemed to act against.

This can help us see how a person who transgresses in a way that is acceptable to the system they are part of is not a thorn in the side of that system but is actually an important part of it. Indeed, such fools are needed by the system itself in order to allow its people a certain edgy pleasure that helps facilitate the smooth running of the machine.

"Backsliding" provides an interesting case in point. If someone considers herself a backslider, she is defining herself both within and against the system that she is a part of. As a backslider, she is accepting the religious position against which she is transgressing. Because she defines herself in relation to it, she continues to support its truth even though she acts against it.

Backsliders thus have a position within the system that they fall short of, even though this position is generally a lesser one. More than this, backsliders will often return to the fold in time, either giving up their old ways or learning how to engage them in ever more acceptable forms. Indeed, a "backslider" is often simply one who hasn't yet realized that what they are doing is actually possible within the very heart of the system itself, as long as they manage it well and don't talk about it.

In contrast to the jester, the trickster is someone who transgresses against a system they are part of in a way that genuinely jars the system itself. The trickster is a revolutionary figure who is able to expose the reactionary moral, political and cultural thinking that closes an ideology in upon itself and crack it open to real self-interrogation and transformation. Tricksters will look very different to each other depending on their context, for they do not share similar beliefs as much as they share a similar structural position within a particular system of belief. They act as a type of new wine that ruptures old wineskins.

Take the example of Dan Haseltine, the lead singer from Jars of Clay. Within his community his recent public questioning of the notion that homosexuality is immoral was truly transgressive to that community (as evidenced by the huge pushback he received). Within a less fundamentalist environment such questioning would be laughable, but within his body of listeners it acted as a genuine rupture that brought to light repressed doubts within that community.

When standing against ideological systems, we must ask the difficult question concerning whether we are real tricksters or mere fools.