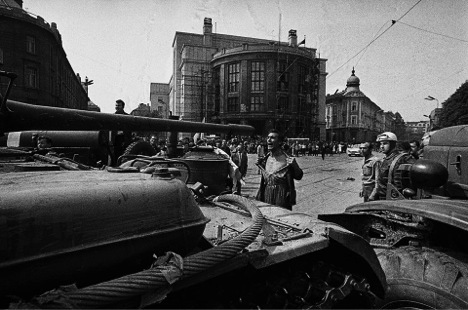 Could the fall of Europe come from its very heart? With anxiety and panic shaking up the old continent, this year's EU presidency country Slovakia finds itself at the epicenter. Located on the bufferzone of where East meets West. It holds a finger on the pulse of global security, with war-torn Ukraine at its doorstep. This month's 48th anniversary of the Soviet occupation of Czechoslovakia brings into perspective recent history. As old member states squabble over leaving the EU, this invisible nation walks an ever tighter rope. Could the destabilization of the Union mark a renewal of Russian influence in Europe's East-West gateway?

Europe's heartland has been at the nexus of competing influences dating back to the Middle Ages. In the past century alone, Eastern Europe has been scarred by more conflicts, wars and regime changes than any other region in the world, including the Middle East. Visitors are often shocked to learn of the great volatility in this picturesque part of Europe.

Located between powerhouses, the continent's anxieties find their clearest expression in the bufferzone. The region bridges worlds when times are good and bears the brunt of wars when times are bad. For over a quarter of a century, times have certainly been good. Since the collapse of the Iron Curtain, the region has experienced much growth, prosperity and peace. Old divides were removed when 8 former Soviet-Bloc states joined the EU at the turn of the millennium.

Is the Golden Era of European stability coming to end?

Germany's vision for a united Europe has been greatly destabilized since Britain's decision to exit. Losing the second strongest economy is a major blow to the world's largest market. A sinking dream, European bureaucrats have been sent into a tail-spin to strengthen the fortress. On top of that, the mounting refugee crisis has done little to calm down the turmoil. Stress continues to build as thousands upon thousands of refugees march into Europe on foot, defying any sense of traditional borders. It does not help that the former Eastern-Bloc countries refuse to absorb their fair share of migrant quotas. The politically sensitive issue has inflamed emotions on both sides,polarizing East-West relations to a point unseen since the Cold War

On the other side, there is the 'Mother Bear' Russia, growing ever more confident in its ambitions and vision. Under Putin's leadership, Moscow's position as a global power has only seemed to strengthen. Although they are not overtly expansionist, the Russians have nevertheless proven swift in their claim over Crimea and Eastern Ukraine. In a world where actions speak louder than words, or papers for that matter, a shocked EU has been left standing on the sidelines. The greater West is further weakened by an undecided US. Evidently, military engagement over the European borderlands remains as contested today as ever.

Walking past overflowing cafes of any major European capital, things may seem rosy, even romantic in the late summer breeze. Yet, a strong undercurrent can also be felt. A new power vortex is forming. Somewhere between bruised Germany, isolationist Britain, apathetic USA and expanding Russia, an inconspicuous Eastern Europe finds itself in the dead center.

Amidst all this instability, the past offers shocking insights

The little known country of Slovakia may be critical to unlocking this knowledge. It has been recently tipped off as a country to watch by George Friedman, a geopolitical forecaster. This information comes as no surprise to seasoned strategists and insiders. 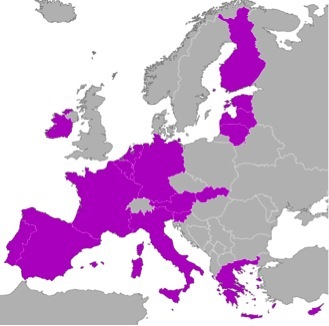 A contradiction to many, Slovakia has been very careful in formulating its foreign policies towards both East and West. Its Prime Minister sways towards Russia, while the country's President favors a strong alliance with the US. The country is a member of NATO. However, unlike its Czech and Polish neighbors, Slovakia is not part of the missile defense system. Why all this caution?

The Munich Agreement, referred to as the 'Munich betrayal' by many Slovaks, saw the surrender of Czechoslovakia to Nazi Germany. The move was seen by the West as a necessary concession to avoid a war. It was considered a callous gentleman's agreement that oversaw the abandonment of a small nation in favor of the powerful. Yet, in the end, it did nothing to stop the war which claimed over 70 million lives. 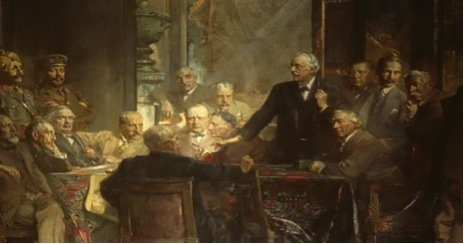 Statesmen of World War I is an oil on canvas painting by Sir James Guthrie, completed in 1930

Another so-called 'Kiss of Judas' came 30 years later. This time the 'assailant' bore the Russian colors. In the summer of 1968, Soviet tanks rolled through the peaceful streets in an act nothing short of an occupation. It swiftly brought to an end the liberation era and slow opening to the West. This tactical move exposed just how strategic the Eastern buffer-zone was to Russian interest. What followed was brutal suppression and the borders of Eastern Europe continued to be caged from within.

Today, Slovakia hosts the EU Presidency. Its job is to keep quarrelling Europe together. Harmonizing the tensions is proving difficult. Torn in the middle of a sharpening divide between East and West, Slovakia's anxiety should not be viewed as localized. In uncertain times, Europe must pay close attention to the continent's smallest members. Neglect from the West, can easily open the gateway, tipping the balance of world power in the heart of Europe. 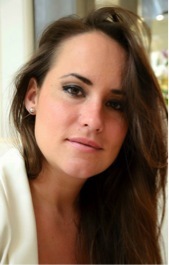 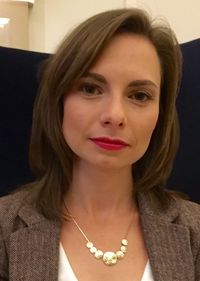