This was my second year attending the LA Film Festival. Most of my interest lies in documentary or documentary-like film.

To give context to my thinking, I am a devotee of the great filmmakers Werner Herzog and Andrei Tarkovsky. I am not a film critic, nor a journalist. I am a painter that loves film.

However the film that went straight to my eyes, mind and heart was Expedition To The End of The World, directed by Daniel Dencik and produced by Michael Haslund-Christensen with executive producer Janus Metz.

The film is an unexpected combination of documentary, poetics, science, art, polemics and heavy metal with locations and visual images of Greenland that are positively unreal and ecstatically beautiful. Actually there are no words to describe the imagery in this film and that for me marks the highest order of visual perception in art. 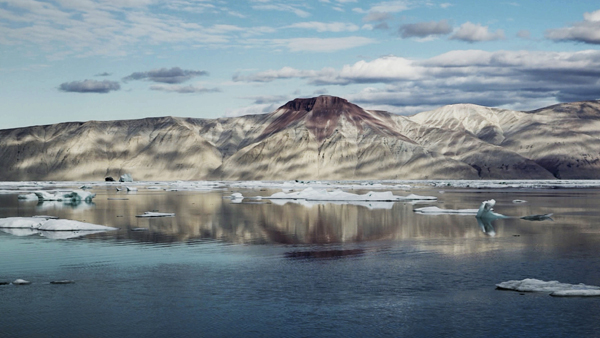 A group of very brilliant, idiosyncratic, world-class artists and scientists -- who are of Danish nationality with the exception of two artist, one German and one Israeli -- come together on an elegant, ice-breaking schooner to explore the area between King Oscars Fjord and Kaiser Franz Josephs Fjord in northeast Greenland. 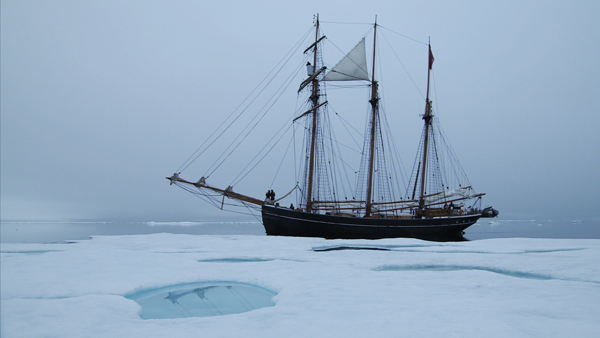 Greenland holds an interesting position in the Danish collective psyche as director Daniel Dencik noted in the Q & A after the film's screening. He likened its position to the relationship a young boy in America might have to being a cowboy. Dencik remarked that little boys in Denmark dream of Greenland and I can see why. What a world--mostly undiscovered for obvious reasons and a catalyst, in landscape, for the deepest imagination. 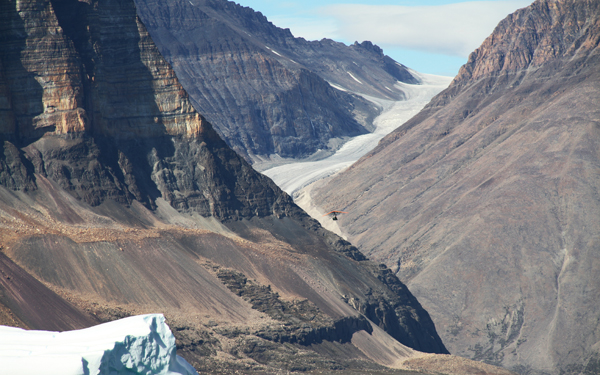 As a Nordicphile and having traveled through the Arctic region -- most notably Lofoten in Norway and the Sami territory of Finland -- and having been an artist-in-residence at the now shuttered Nordic Institute for Contemporary Art, I can say with authority these landscapes take the mind to places it's never been. Exploration To The End of The World is an exhilarating visual account of the Far North, where the circumpolar peoples observe eight seasons of the year and the map of their world positions the North Pole at its center.

What is exceptional in the film, apart from the visuals, is the day to day musing and tasking of the extraordinary crew of individuals on and off the ship, dialogues about their respective subject matters as it pertains to Greenland and beyond and discussions about the most elusive issues of all -- life, death and a few things in between, like science and art. All this without punishing didactics. That's where the poetry comes in.

The genius of the film is that it addresses the eyes, mind and heart of the viewer in ways that are so sublime, deep and riveting that one doesn't even realize -- until the film has ended -- they've just taken the journey of a lifetime without ever moving from their seat. What can really do that? Film, of course.

Expedition to the End of the World - Official UK trailer from Haslund Film on Vimeo.