This weekend my husband and I watched The Lady in Number 6, last year's Oscar winning best documentary (short subject) that tells the story of Alice Herz-Sommer, the oldest living Holocaust survivor who died in February at the age of 110. 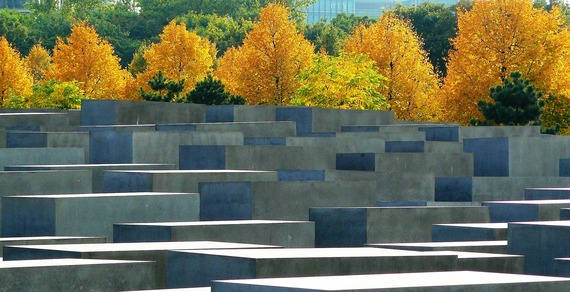 When the film was over I looked over at my husband and didn't utter a word.

It was one of the most inspirational and uplifting stories I have seen in many years, all because of the spirit and attitude of Ms. Sommer, a most extraordinary person.

Alice Herz-Sommer grew up in Prague, the daughter of two highly educated parents whose circle of friends included Franz Kafka and Gustav Mahler. Sommer learned to play the piano and was encouraged by Artur Schnabel, another family friend, to pursue a career as a classical pianist. 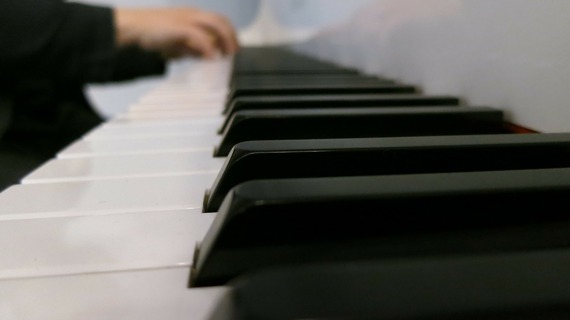 "Kafka was a slightly strange man. He used to come to our house, sit and talk with my mother, mainly about his writing. He did not talk a lot, but rather loved quiet and nature. We frequently went on trips together. I remember that Kafka took us to a very nice place outside Prague. We sat on a bench and he told us stories." ~Alice Herz-Sommer

She married a fellow musician, Leopold Sommer, in 1931 and gave birth to a son in 1937. This would prove to be the happiest time for her new family. By then, the grumblings of Nazism began to take over Prague, and Jews lost all rights, including the right to own pianos and play music. Yet Ms. Sommer continued to quietly play.

Her husband was soon deported to Auschwitz, and she and her young son left for Theresienstadt, a carefully planned concentration camp where many educated Jews and their children survived through their talents as artists. Ms. Sommer played concerts for many audiences and practiced her piano daily, knowing that outside the door many Nazi soldiers stopped to listen to her play. She recalled one time having the Angel of Death, Josef Mengele, stop by to request she play Chopin for him.

"We had to play because the Red Cross came three times a year. The Germans wanted to show its representatives that the situation of the Jews in Theresienstadt was good. Whenever I knew that I had a concert, I was happy. Music is magic. We performed in the council hall before an audience of 150 old, hopeless, sick and hungry people. They lived for the music. It was like food to them. If they hadn't come [to hear us], they would have died long before. As we would have." ~Alice Herz-Sommer

But this film is not a typical Holocaust story. It does not dwell for long on what went on in the camps, and the heinous crimes against humanity happening all over Europe. It is more about joy and love, and we are blessed for the privilege of meeting and spending time with Alice from her tiny London apartment. She was a woman who brought a smile to your face because her heart was so full of love for people and music. To her, there was God and then there was music. And it is that music that saved her life.

"Music saved my life and music saves me still... I am Jewish, but Beethoven is my religion." ~Alice Herz-Sommer

The director, Malcolm Clarke, was brilliant in his decision not to interview Alice the way many documentarians do for their films. She IS the movie. As he states, " Alice is a communicable disease. Alice's optimism is infectious. You come away from Alice's apartment, and it's like being at a health spa, psychologically."

After we listen to her and her two best friends, also survivors of Theresienstadt, discuss their lives, we learn why a positive outlook on life is the key to survival in a world gone mad. Yet it's Alice's unique brand of optimism, her commitment to her art and the joy she found at living her long life that clearly illustrates this best.

"Sometimes it happens that I am thankful to have been there," she says of her time at the camp. "I am richer than other people. When I hear them saying, oh, this is terrible -- no, it is not so terrible." ~Alice Herz-Sommer

We were blessed to have had such a rare and beautiful woman among us. We will never forget you, Ms. Sommer.

The Lady in Number 6 is now available on Netflix.