One of my oldest and dearest childhood friends from New Zealand visited us last week. His children were very taken with the local squirrels.

Squirrels don't occur in New Zealand. It has been isolated from other landmasses since the age of the dinosaurs, long before the evolution of mammals as we know them. Save for some bats it has no endemic land mammals.

Everything from cats and dogs, to the pestilent possum, and the synonymus sheep was bought there by humans. The early settlers had Acclimatisation Societies specifically set up to import non noxious animals and plants to make New Zealand more like Home (Britain). When I was a kid the eponymous Kiwifruit was still called a Chinese gooseberry.

Squirrels didn't make the cut. Hence the joy in my friend and his children at seeing them in our New York yard. They showed no excitement when it came to bunnies. Rabbits are vermin in New Zealand. Every year the farmers down the road from my friend's place hold an Easter Bunny Hunt to try and control them. But freed from any natural predators and competitors they breed like rabbits.

Our guests were en route to Finland, where my friend's wife was raised. She noted that her mother hates squirrels because they raid her bird feeders. I perceived the slightest edge in her voice when she made that statement. There is a tinge of sadness that is probably common to all emigrant parents. The sense that your children will never truly know the land you grow up in.

Sure, if you are lucky they will visit it, see the sights and enjoy their extended family, but they will never know the place in the intimate way you do. That deep familiarity only comes with a childhood of memories and years of being present.

I'm looking for a variety of New Zealand flax to plant in my yard in New York. I need Phormium colensoi or mountain flax to survive the winter. Phormium Flaxes are no relation to the Northern Hemisphere flax (Linum usitatissimum). They was just given that name by some home-sick Brits who identified them as a source of fiber.

Planting flax will be a big deal for me. Flax is a part of the New Zealand landscape, but I imagine my kids will think it is just some sword-leaved novelty that Dad thought up.

It is interesting how we take the landscape for granted. I remember visiting Moab Utah and remarking to a local that where-ever he went in the world he would probably be homesick because surely there was nothing else quite like this land of red sandstone buttes, mesas and arches.

The problem with being an expat Kiwi is New Zealand is so gorgeous there is much to miss. I've lived in Illinois. I'm sure the locals have an appreciation for the long horizons. Frank Lloyd Wright made architectural movement out of them, but the flatness really got to me.

I grew up among the mountains; real, rugged mountains, still scarred by glaciers. Mountains that tower over you, unlike anything they call a mountain in New England. In my mind if it has trees growing on top, it's just a hill. 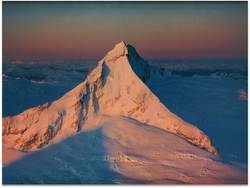 My childhood holidays were spent in Lake Hawea in the southern part of New Zealand's South Island. The lake was one of a string of glacial lakes on the eastern flanks of the Southern Alps. It's larger twin, Lake Wanaka is the gateway to the Mount Aspiring National Park.

Aspiring is a beautiful mountain, an ice carved spire raising 1500 feet above anything else in the area. I visited the National Park with my boys a few years ago. My son resisted postcard shot (above) so I had to hold him upside down to get a hint of a smile.

The 2013 reality TV show Get Out Alive with Bear Grylls was filmed in the shadow of Mt. Aspiring. My boys were addicted to it. They love Survivor and The Amazing Race, but their affection for this show didn't move beyond that.

I tried to pull them in by figuring out where each episode had been shot on the topographical maps of southern New Zealand I have on the basement wall. But that held no real interest for them. It was like report you have to write after going on a school field trip.

When I studied journalism in Auckland at the northern end of New Zealand, our class visited a Maori Marae (village). I was selected to give the response during the Powhiri or welcoming ceremony.

I referred to the land I came from and described Mt. Aspiring, or Tititea in Maori, as the sternpost of my waka. A waka is a canoe and among the most sacred possessions of the Maori. That could easily have come across and some convenient cultural metaphor but in a real sense the description of the upright glistening mountain as a scared sentinel over the land I love was, and still is, true.

I bring up the Maori, because like many native people's they speak of an affinity for the land. I feel something similar. Being absent only heightens the connection. We talk of modern people being separated from the land. Of kids not knowing that milk comes from cows.

It might be we modern urban types can't quite experience the land as native peoples once did or even do now. My ties to the land I roamed during my childhood vacations is much greater than any affection for the cities I grew up in.

I only worked as a journalist in Auckland for a few months, before being drawn back to my summer job as a backpacking guide on the Routeburn Track; a three-day, two-night trek through some of the most varied mountain terrain imaginable.

Over ten summers on the track I noticed my experience of the land changed. I never tired of grandeur that drew people from around the world to see the place, but I also developed an appreciation for the smaller details in the landscape; fault lines in the rock and the subtle changes in vegetation in time and space.

It is something I look forward to sharing with my children when they are a little older. I know I can't expect them to see it the way I do, but I hope they are impressed with this... 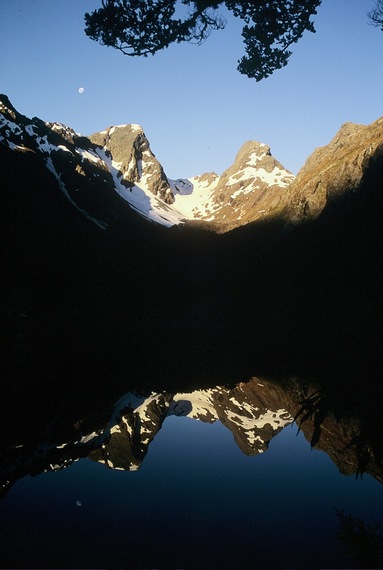 More:
ParentsImmigrantsnew zealand
Newsletter Sign Up
Raise the kind of person you'd like to know
Subscribe to our parenting newsletter.
Successfully Subscribed!
Realness delivered to your inbox