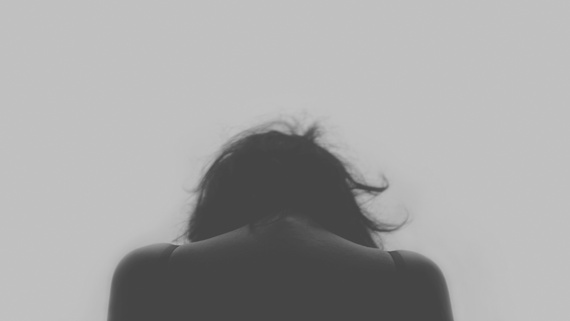 The verbiage, the lines and phrases; the words and meanings are so familiar, so regurgitated, we can almost write the script blindfolded. We've heard the language spewed over decades of sexist thinking on the topic of rape, spouted by crafty, amoral defense attorneys, desperate, self-serving parents; entitled, clueless perpetrators, and hardened, sociopathic criminals. Whatever their disparate positions, the goal for each is the same: diminish the crime, denigrate the victim, point the finger away from the rapist and toward the person he's raped, usually a woman and often a vulnerable one.

"She was asking for it."

"Her skirt was really short."

"She was drunk and falling all over me."

"She wanted it, then changed her mind."

"She's lying to keep her parents/husband/boyfriend/friends from judging her."

"She was walking around practically naked."

"I just used my finger; that's not rape."

"Lots of girls cry rape when it's not true."

And, most recently, "that is a steep price to pay for 20 minutes of action out of his 20 plus years of life."

That thoughtless gem was offered by Dan Turner, father of convicted felon, Brock Turner, the Stanford swimmer who raped a woman during a frat party, in reference to his son's potential sentence.

That's the language used to describe the act of a man leading a very drunk woman out behind a dumpster on the Stanford campus, pulling her body down to the pine-needle covered dirt; yanking off her panties and bra, pulling up her skirt, spreading her legs and raping her "with a foreign object" while she was unconscious. So unconscious she didn't wake up until being rolled down a hospital hallway on a gurney, battered, wounded, and raped.

Had two Stanford grad students from Sweden not been biking past as Turner was involved in his "20 minutes of action," had they not tackled him as he attempted to bolt, leaving his victim exposed, violated and injured, odds are good this privileged young man would've gotten away with it.

As it was, after a jury found Turner guilty of three felony counts of sexual assault, which, per California statute, should have been followed by a minimum sentence of two to three years of incarceration, the judge on the case, Aaron Persky, handed down what is essentially, and inexplicably, a wrist slap. After listening to both the impassioned, vulnerable, and excruciatingly detailed statement of the rape victim, as well as the plea of Turner's father with its sympathy-inducing, rape-diminishing language, Persky opted to give credence to the men in this story, not the woman who'd been so violently and egregiously abused:

Persky determined that six months in jail followed by three years of probation was the best punishment for Turner, stating that he had to ask himself, "Is incarceration in prison the right answer for the poisoning of (the woman's) life?" Perksy also cited Turner's lack of a criminal record as a factor in a more lenient sentence. @ Huffington Post

And while Turner will have to register as a sex offender for the rest of his life, probably the most impactful aspect of his sentence, the prosecutor had recommended "six years in state prison, noting that he'd lied about his alcohol history, had been previously accused of aggression toward women and has refused to admit he committed assault," issues the judge, apparently, did not feel warranted the recommended time:

...while he was sentencing Turner, Persky said he took into consideration the athlete's lack of criminal history, his apparent remorse, and the fact that the victim and victimizer were both intoxicated. (Emphasis added.)

And there it is... one of the more utilized talking points: "she was drunk."

The outrage triggered by the adjudicated sentence, as well as the father's crass and dismissive "20 minutes of action" comment, has gone viral and rightfully so. At a time, and in a culture, where issues of sexual assault and rape are front and center on a daily basis -- in schools, the military, in homes and workplaces -- the diminishment of a brutal act of violence, with a paltry sentence and language so contradictory to the actual event, is appalling.

But while the justice system appears to have prioritized the crime's impact on the perpetrator rather than the victim, others are not feeling quite so generous. A recall action has been instigated against Judge Persky, and members of the Stanford community have stepped up to take further steps against Brock Turner:

Meanwhile, Stanford University released a statement declaring that it "did everything within its power to assure that justice was served in this case."

"In less than two weeks after the incident, Stanford had conducted an investigation and banned Turner from ever setting foot on campus--as a student or otherwise," the statement read. "This is the harshest sanction that a university can impose on a student."

Seems it will have to do.

Turner's father has now rolled back his comment, stating it was misunderstood, and he was only referencing the amount of time of the incident, not defining "sexual activity by the word 'action," but despite the retraction, he's inextricably added to the litany of rape language. And one has to wonder: given the viral nature of anything anyone says in our current social media/media culture, how is it possible someone in his position could be so careless about the language he used, particularly in a case this sensitive and particularly when it's embedded in a written document, as this phrase was (adding to the presumption that some thought was given)?

We don't know. But does this kind of verbiage, and other coded words and phrases of rape language, have a toxic effect on the issue of rape itself?

It certainly contributes to and upholds misconceptions and stereotypes; it spells out handy excuses and justifications for those looking for them; it offers articulation of stigmas used against the victims involved, and, one would guess, it aids in building a false wall of defense against the very simple, very black and white matter of what constitutes rape: "unlawful sexual intercourse or any other sexual penetration of the vagina, anus, or mouth of another person, with or without force, by a sex organ, other body part, or foreign object, without the consent of the victim."

For anyone unclear, consent is an explicit "yes" offered by a person who is of age, conscious and unimpaired by alcohol, drugs, mental or physical illness, coercion, misunderstanding, magical potions, or any other form of diminishment, and certainly someone who is capable of uttering the word "yes."

Conversely, if someone sexually forces themselves upon another person without that conscious consent, it doesn't matter who they are, what their father says, how stressed and anxious they might be; how well they swim, what college they go to, how much money their parents have, what race they belong to, how drunk anyone was, what anyone was doing or wearing, or certainly how many other women in other situations in the past might have wrongly "cried rape." IT'S RAPE.

It's not confusing. There's no parsing that applies. Don't bother ferreting around for words that justify or excuse. There is only one word with which to concern yourself: "yes." Was it said per the above (you know, the "conscious" part)? If so, so be it. If not, it's rape.

And until those who find themselves considering rape, excusing rape, defending rape, adjudicating rape, or attempting to deflect from what is rape understand that "yes or no" are the only parts of our language that need to be considered, we will, dreadfully, have to talk about rape again and again.

Note: I urge you to read the full statement by the unnamed rape victim in this case. It is deeply moving, powerfully articulate, and paints an unvarnished picture of her experience and its impact on every aspect of her life. It's very illuminating. You'll find it HERE.