A scary thought hit me while eating breakfast the other day: We're slowly killing the future of innovation.

Consider the iPad -- The iPad was invented and built by grownups who had to play outside when they were kids. Fast forward to this current generation where the majority of kids sit inside staring at... an iPad. 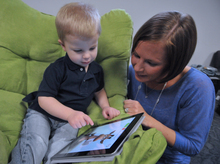 It sounds funny, but the iPad may actually cause future "iPads" from being dreamed, invented and built.

From the moment we all held an iPad, we knew it was a remarkable piece of technology and art. To build it, a team of brilliant people had to solve crucial problems, invent countless components and continually choose to not give up.

I remember a story one Apple executive told of his team receiving all the parts for the new iPad and then having to figure out how to fit them all into the smallest shell possible. It had to be thin, light and beautiful. How did they do it?

Not only that, but how did they think to create something like an iPad in the first place?

Then I remembered growing up in the small town of West Linn, Oregon. Many days were spent running around in the backyard, hooking up hoses, sprinklers and water-switches to create cool water shows. I remembered building forts with tarps and wood. I even remembered creating little ant houses with small twigs for walls, ramps and furniture.

I thought back to racing out to my garden the morning after planting beans or peas to see if they had magically sprouted over night, or making whistles by blowing on thick blades of grass. I remembered grabbing some pieces of scrap wood, a hammer and nails to try to make a birdhouse.

I recalled discovering a tiny maple tree leaf sticking out of the ground -- and noticing it was connected to the dirt. I remembered digging it up and replanting it in a proper place in the backyard. I watered and nurtured it until I moved out, watching it grow from a single leaf into a beautiful, full grown, 30 foot tree that provided shade for our house.

Then, in the winter months when it was too cold to be outside, the thousands of hours creating whole worlds, governments and economies out of Legos and Monopoly money. I didn't like sets -- I just wanted a bucket of Legos to build whatever my little head could dream up.

If you're over the age of 20 or 30, I'm sure you have similar stories of adventures in the woods -- of having to solve problems and think outside the box. You probably recall creating your own fun with seemingly boring items.

You weren't dependent on someone else's creativity and ingenuity. You knew how to dream.

You didn't need someone to entertain you or design things for you to have fun with. You could create a game with pinecones and sticks.

When this past generation of Apple creators sat down to dream up the next product, I believe they subconsciously drew back on their own "backyard" roots. 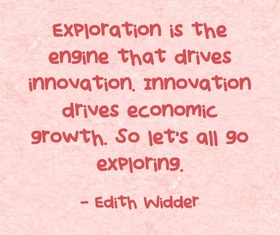 This brings me to the startling truth: If we allow the current generation to be satisfied thinking within a 9.7‑inch box, we'll rob them of the curiosity and creativity that it took to build that very device they're holding.

If we don't remove easy entertainment from our children, they'll never learn to create their own.

I don't know what the answer is for your family and your children -- but we must be drastic. It's time to stop saying, "But it's just easier to plop them down with the iPad." Or, "They'll throw a fit if they don't get to play with my iPhone."

Even Steve Jobs, the visionary behind the iPad, didn't let his kids use the iPad. He pushed them to play outside, read books and be fascinated with good conversation.

It's time to look inward. Are we losing the sense of wonder that we used to posses? Are our children simply following in our footsteps? Are we grownups forgetting the adventures we had? Are we lazily reading Twitter instead of showing our kids the endless possibilities of curiosity and dreams?

We have the potential to create a new generation of kids who can imagine and explore -- who can think outside the box and create exciting things.

If we don't, those little maple leafs will go unplanted and eventually die. The ants won't have a fort to play in. The beans and peas won't have a friend to look after them everyday -- and, more importantly, the future "iPads" (or whatever is next) won't be created.

Let's raise a generation of kids that build bird houses and sprinkler shows. A generation that plants bean seeds, maple leafs or whatever else their minds can dream up.

Their future depends on it.

To invent, you need a good imagination and a pile of junk.
-- Thomas A. Edison