My memory is pretty bad, but there are a few things etched in my mind: when I first laid eyes on my wife. The moment the doors opened at the back of the church and she turned the corner to walk down the aisle. The birth of my daughter.

But, I also won't forget this random day in February when I was 12 years old.

I spent many Saturdays going into my dad's office while he caught up on work. My sister and I would play on the phones -- calling each other from room to room, pretending we were on important calls. I would sit at the desks and write on my dad's letterhead. I would gaze with big eyes at the walls of filing cabinets. To me, this lending office outside of Portland, Oregon was a kingdom and my dad, as manager, was the king. 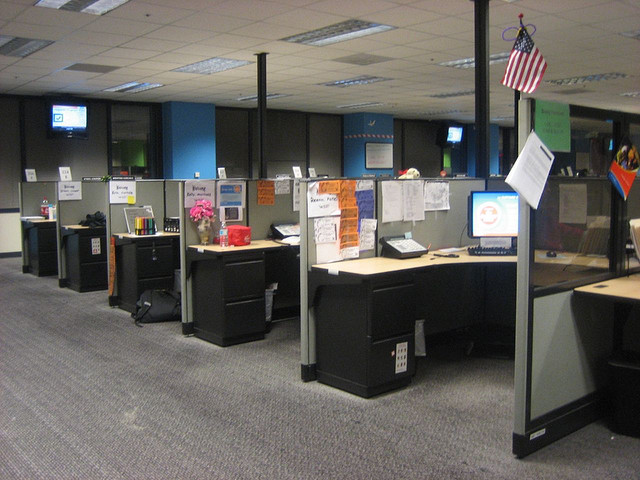 Every night I would hear the garage door open and I'd run down the stairs, slide around the corner in my socks, and greet him at the door. "How was your day at work?" He'd talk about his meetings, deals he had closed and new people he hired.

Then, the next day, he would go back to work. The end of the day would come, the garage door would open, and I'd come running down to meet him again.

This repeated day after day, year after year, until Valentine's Day when I was 12 years old.

He went to work. The end of the day came. The garage door opened and I came sliding in to meet him. But something was different this day. I could see it on his face.

He was holding a box with all his things in it. When I say those words, you know exactly what happened. But, to a 12-year-old kid, I didn't understand.

That moment is etched in my mind because it didn't make sense. Unfortunately, I would come to find out that it was called "business." Over the next 16 years, I would learn that the expression, "it's just business," let you treat people poorly and get away with it. "It's just business" was a get-out-of-jail-free card that meant you didn't have to think about an employee's family, health, or happiness.

The workplace taught me that people are expendable and that profit is the most important thing. People are cogs in machines -- get as much out of them as you can. I learned that weekends were when you could do things you were passionate about, but the workplace was where you did things someone else was passionate about.

It all seemed so wrong. What happened to that wonder I used to have for "work?" Was work and business really this bad?

But then something amazing happened. I started to see companies pop up that were saying and doing things completely different, like:

"We encourage all employees to take the time they need for vacation, to pursue their own interests, to stay healthy, and to spend time with friends and family." -- Automattic

"We believe in having a full life outside of the office." -- MeetEdgar

"We acknowledge that we have room to grow, and we push ourselves to actively elevate those who might otherwise be suppressed. We are all about people. You'll notice that we value trust, honesty, and empathy." -- Braintree

It wasn't about the "perks" like free food at work or a loose vacation policy. Those are things that only large companies with funding can afford. No. These companies were set apart by the way they cared about people.

People are humans, not cogs in machines. There are finally companies that champion these values. They care more about the health, growth, and happiness of their people than they do about just making a profit.

The number one thing I hear from my thousands of Sumry users is that it's really, really hard to find a job at a company that will care about you.

That is sad. It shouldn't be that way. It should be hard to find a job at a company that treats you like a machine, not the other way around. I'm tired of people telling me this is impossible.

We can get there.

It takes not setting for the status quo. That means founders and CEOs deciding that their people is all they have -- that treating them well is the best thing they can do for their company's growth.

It takes individuals refusing to apply at companies that treat people like machines. It's not hopeless. You can find a company that cares about you as a person. My team is building tools that make it easier to find these companies.

I want "it's just business" to be an expression we use to talk about the ways a company made it possibly for a father to attend his son's tee-ball practices. I want that expression to be used to talk about companies that insist on emotional and physical rest for their employees.

"It's just business" doesn't have to be an excuse to treat people poorly. It should be a war cry for a new way to work: where people are treated like humans. Where families are valued and having a healthy life is the goal. Where growing and getting better professionally and personally is encouraged.

It's business that we can be excited about. It's work with a purpose.

You see, that day my dad walked through the door is forever etched in my memory. I'll never forget it.

I never want my daughter to see me walk through the door with a box full of my dashed hopes and dreams. I never want to put my trust in a company that doesn't care about me.

That day in February when I was 12 changed my life. My dad would go on to start his own business and prove that he truly was the king I always thought he was. He pays his employees more than most in his industry. When one of his employees needed a car, he gave them one of his own.

That day completely changed my perspective on work. I've joined my dad in a revolt against the status quo.

Do you hear that? It's the sound of the garage door opening.

What side of "it's just business" will you be on?

Nate Hanson is the founder of WorkDifferent.com -- a movement focused on companies that focus on the health, growth, and happiness of their people. 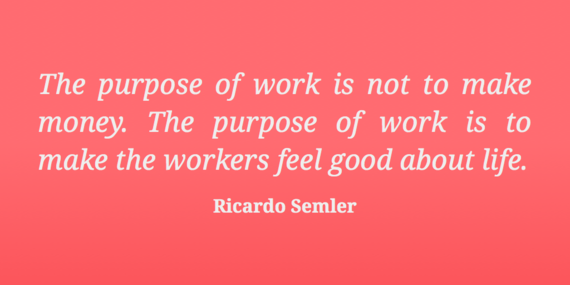