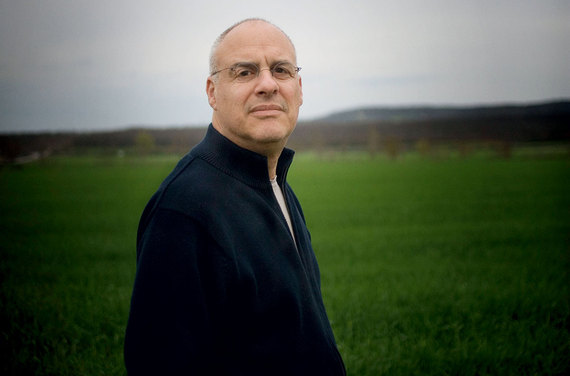 For five years he led the national food conversation with his column in the New York Times. Now a partner in the meal-kit delivery company Purple Carrot, the prolific author wants to get Americans cooking vegan--and understanding why it matters.

I feel terrible about the Purple Carrot packaging. We're working on this stuff daily--replacing the plastic with paper or something else biodegradable; reducing the weight; figuring out how to substitute the gel packs.

Obama made a conscious decision to relegate food to a second-tier priority. By assigning it to his wife, he sent a very clear message. She had no teeth and no power. It really annoys the hell out of me.

I think GMOs should be labeled. But I'd rather know what pesticides are being used and if the people producing my food work in near-slavery conditions.

There's a nascent food movement in this country. But the folks in it have failed to make people understand that this stuff matters. Not because we haven't tried, but because there haven't been enough of us.

Plus: Last Word with Author and Animal Savior Tracey Stewart

I'm going to be a grandfather. I'm hopeful that by the time my grandson is a teen, we won't have antibiotics in the food supply. We'll have subsidized fruits and vegetables, curbs on factory farms. How optimistic am I? I can answer that better after the presidential election, because so much depends on it.

More from Modern Farmer:
Lionfish Are Seriously the Scariest Fish in the Ocean
Never Buy a Teacup Pig
What's Old Is New Again: Chefs Rediscover Schmaltz
Why Does Everyone Hate Monsanto?
Still Life with Mass Hysteria: Are GMOs Really That Bad?