"Oh what a void there is in things." - Persius 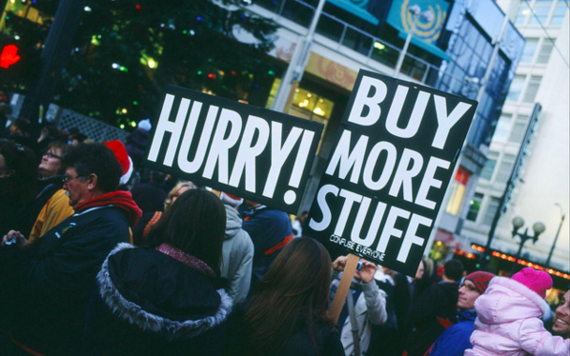 In The Life You Can Save, The Most Good You Can Do and his hugely successful TED talk, Peter Singer repeatedly emphasizes the immense satisfaction and happiness in giving to charity. In some respects, it may seem like conventional wisdom that helping others makes you happier, the most obvious examples of which being the growing popularity of various 'donate your Christmas' campaigns. But if you're not satisfied with anecdotal evidence, let's briefly dive into the latest findings in psychology on the link between giving, what is defined as materialism (prime example) and well-being.

Giving To Others Is A Gift For Ourselves

An experiment in 2014 involved giving people $5 or $20 in cash and instructing some to spend it on themselves while the rest spend it on someone else. At the end of the day, those who spent the money on others reported being happier than those who spent the money on themselves. Curiously, the amount of money participants received was not a factor in determining happiness. In another experiment, participants either bought a bag of sweets for themselves or for a sick child. Those who bought the gift for a sick child reported being significantly happier than those who bought it for themselves. This effect even applied to low-income earners in South Africa, where more than 20% of participants in one experiment reported having insufficient money to buy food for themselves or their family in the previous year.

Living In A Material World

Materialism is also associated with significantly lower feelings of well-being according to a 2014 meta-analysis. This trend exists over a range of demographic and cultural settings, including children as young as 10 and adults as old as 80. Materialism is associated with self-esteem issues, dysfunctional consumer behaviours and physical health problems. The worrying thing is, materialism is on the rise among young people. 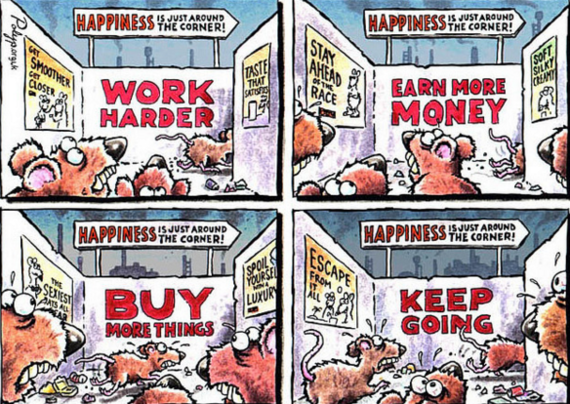 Even more worrisome is that materialism and loneliness are mutually reinforcing. A study by Pieters in 2013 interestingly concluded that "materialism fosters social isolation; isolation fosters materialism". When people are cut off from others, they seek substitutes and turn to possessions, crowding out social relationships. When people perceive they are being socially excluded, they prioritise money, appearance and popularity. In support of this, it was found that people who report being recently excluded feel more attached to their belongings for "reassurance and comfort".

Importance of the 'Why'

Another 2014 study finds that one's purpose for seeking money and possessions plays a significant role in the effects of such actions. Seeking materialism for extrinsic reasons, like improving one's image or seeking status, results in lower happiness than seeking materialism for intrinsic reasons like helping others. It is also suggested that media exposure leads to the internalisation of materialistic ideals, and can decrease well-being. Children as young as 8 are influenced by a consumerist culture and seek to gain status, fit in and be accepted. Estimates for the number of advertisements an individual is exposed to per day range from 250 to over 3000, which perpetuates the idea that people with money are happy and successful.

It seems apparent that receiving more 'stuff' won't make you any happier, but there is a way off the 'hedonic treadmill' of consumerism. People with more money are typically happier than those with less, though recent research shows that this relationship is weaker than previously thought, and the way people spend their money is more important. A wide variety of studies have shown that people who spend more money on others report being happier than those who don't. The so called 'warm glow' people get from giving can even be detected in toddlers, resulting in both mental and physical benefits. 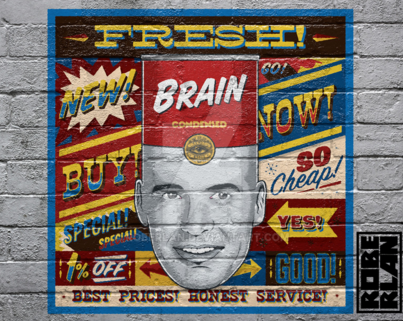 There was a positive relationship between giving and happiness in 120 of the 136 countries examined, suggesting that the relationship applies in a vast majority of nations. A third experiment examined 16 employees due to receive a bonus from their employer, asking questions about their happiness before and after the bonus, and how they spent it. The size of the bonus had no impact on the level of happiness, while the amount donated and spent on others correlated with increasing happiness. A multitude of other studies also conclude that giving and generosity make you happier than receiving material goods. The problem is simply that most people don't realise giving makes them happier.

How To Make This Christmas Meaningful

So how can you tap into this happiness? Try creating rather than buying gifts, volunteering a local animal shelter, or donating your Christmas to charity. Oddly enough, the best way to achieve happiness is to help others achieve it as well.